Well it seems this last week brought some new speculation for the 2020 Presidential race! Yes folks, Jesse “The Body” Ventura announced that he’s “testing the waters” with the Green Party for a possible run for President this year. Sounds exciting huh? Well to be fair this is probably the closest the former wrestler/Governor/mayor/Navy Seal/action star has ever come to actually committing to doing it. Over the years he’s teased the idea over and over saying he’ll “maybe” do it. Of course he’s back again saying “maybe”, which seems almost like it’s his campaign slogan at this point?! 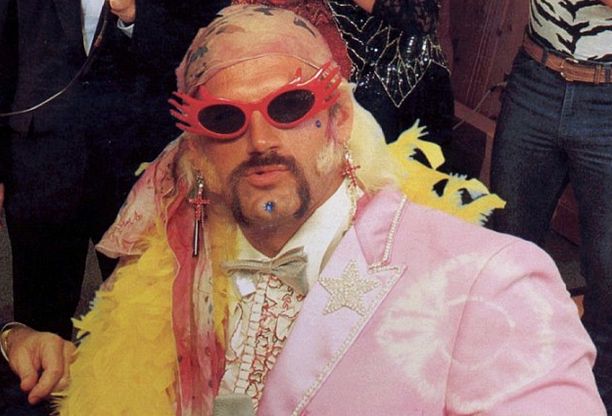 Anyway if he does do it, it’d surely be quite a spectacle to behold and he really might shake things up a bit, who knows maybe he could even win? No matter where you stand politically I think we can all agree we need more choices in our elections, as Jesse says “in the USA we have one more choice than a dictatorship” regarding the two party system. For the moment I’m intrigued and it seemed like the perfect opportunity to share this amazing video put out around the time of the 2016 election. James Adomian is a master impersonator, know mostly for his impression of Bernie Sanders. Here he captures the spirit of Jesse once again saying a strong hard “MAYBE” for 2020!!!

I’ve been watching pretty much all the presidential debates that I can stomach this election year but none of them are even close to being as enjoyable as James Adomian’s & Anthony Atamanuik’s incredible comedy tour of Bernie Sanders vs Donald Trump Presidential Debate which is on the road right now!

These guys nail these candidates better than Larry David or anything SNL has tried to put out there by a mile. So while I previously have watched little snippets Youtube but now Comedy Central feature a full debate by these two awesome comedians in full character! Check this out it’s pretty incredible!!

And recently it’s been reported that Jesse “The Body” Ventura “might be” entering the Presidential ring as a Libertarian candidate! Well good thing James Adomian has already nailed his impersonation to a T as well for the election year!