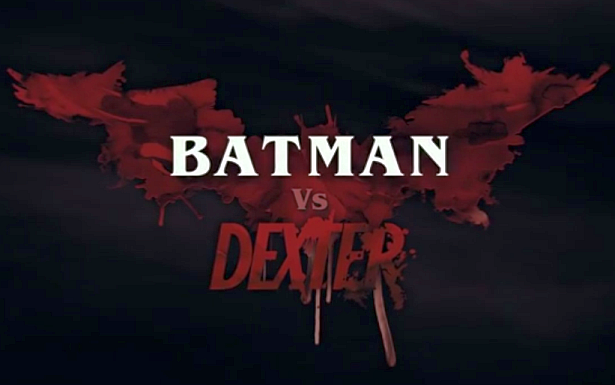 Akira was an amazing comic book and one of the best animated feature films of all time hands down. If you have never seen the movie or read the book you’re missing out big time and maybe have been living in a cave for your entire life! So we’ve been hearing for years that a live action Akira movie is on the plate for Hollywood and we all know there’s a fifty fifty chance that the movie could be totally butchered in this day and age, paying little attention to fans or the source material.

What we have got today is a completed fan made trailer made by The Akira Project. Here’s a little more info on how this came to be and what this really is:

“The Akira Project is a crowd-sourced, non-profit project meant to create a live action fan trailer of AKIRA, the renowned manga-turned-anime film from the late 1980′s; a stunning example of both mediums as art forms. While Hollywood has been working on a live-action Akira movie for a few years now, we, as fans, wanted to take a shot at making our own adaptation. A chance to stick as close to the source material as possible. A chance to do Akira Justice.

We launched an Indiegogo campaign in July 2012 as part of a crowd sourcing effort to make this project come to life. Many people contributed not just financially but offered their time and talent to help the production that was shot in Montreal, Quebec from November 2-5th 2012. What started out as a simple idea between two guys having a beer (Hey! It’d be cool to see Kaneda ride his bike around Neo-Tokyo!), became a global endeavour, filled with adventures and hurdles, involving more than 40 artists in 12 different countries.

After a year and a half in post-production, we are proud to present the project to Akira fans the world over. We hope to have done justice to the timeless work of Katsuhiro Otomo and look forward to, someday, seeing the full scope of the Akira story translated to the big screen as a live-action.”

I say these guys should do the real movie! Check out the trailer!

I would love to see Iron Fist, Marvel’s resident kung fu expert hit the big time and get a movie made about him with a ton of kick ass over the top martial arts action! However as of right now I don’t think there are any real solid plans to bring Danny Rand into theaters. 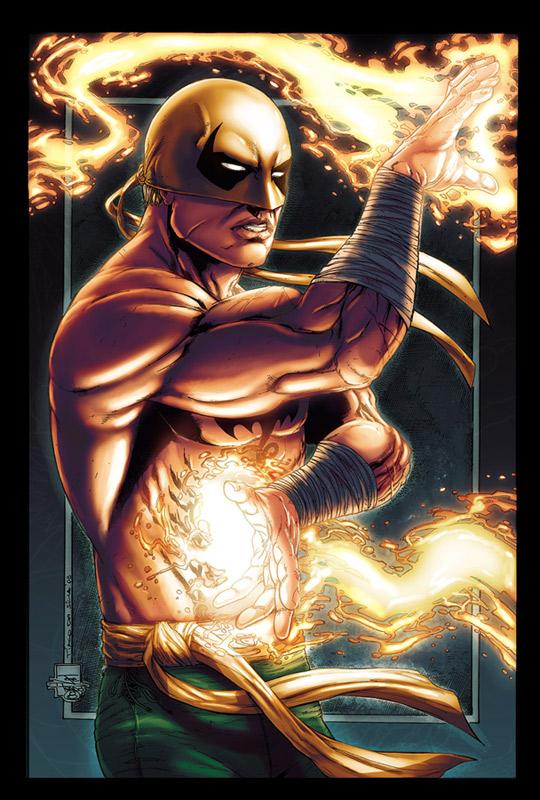 If they did though it’d be great to see his old buddy Power-Man or just simply Luke Cage (as he apparently thought his yellow & blue costume and name weren’t cool anymore) in the same movie. There have been a lot of rumours about a Cage movie coming to fruition but without Iron Fist I just don’t think it’d be as cool. Perhaps it’d simply be called Heroes for Hire? In the meantime though we can all try and enjoy this fan made Iron Fist movie,which kinda plays like a real life superhero adventure, I almost expected to see Phoenix Jones pop out and help Rand and Elektra….what do you think of this fan made short? Who would make the perfect Danny Rand in a big screen movie?

Check out this animated fan made trailer of the upcoming Avengers movie put together with old school 1960’s animated clips! Pretty funny and really would have close to perfect if they could have somehow found an older version of Nick Fury (this one here is from 1995) as it looks a little out of place with the rest. In the defense of the people who threw this together though it was the first time Fury was animated…still a nice treat for dorks like myself-check it!!

Not sure if this is totally old news to all of you TMNT fans out there but it’s news to me, I just recently saw this awesome trailer for the fan made (Polaris & Hilarion Banks) Casey Jones movie! It looks pretty awesome actually and supposedly there is a whole film which I assume is a short film out there online for anyone to view for free. I went to the official website but I couldn’t get it to download. I will check it again later and see if I have better luck the second time. Supposedly it has Robbie Rist the original voice of Michaelangelo from the movies reprising his role and for anyone who doesn’t know he was also Cousin Oliver on the Brady Bunch!

Anyway I haven’t been able to find too much more info about this film but it looks great. I also heard finally that Michael Bay is rebooting the TMNT franchise?! Uggh please nooooo! That hack will yet ruin another one of my childhood favorites with his wretched CG ridden summer slop-buster mentality! 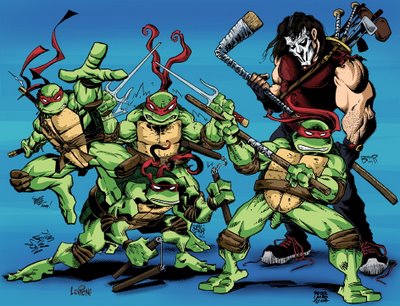 If we get a new Turtles film it had better be dark and gritty like the original series! In the meantime I’ll take this fan made version over any pile of steaming shit Bay tries to serve me!

Hey Dark Knight fans check out this french fan made film “Batman: Ashes to Ashes”. This is a pretty visually unique mini movie even if it borrows off the Sin City style a bit too much at times. It’s different to hear a Batman story spoken in french but if anything it’s a neat little homage to the worlds most popular vigilante. I picure this as a sort of  ‘What If?’ type storyline with Bill Sienkiewicz  style artwork coming to life. Anyway It’s a neat little film that portrays the Batman universe in a whole new light. Still this doesn’t touch ‘Batman: Dead End’  (yeah I may be the only, one but I thought it was cool when the Alien and Predator show up!). It seems right now is the time to be making fan films! Keep em’ coming!

I had trouble getting the full movie to appear here. It can only be seen fully in HD Dailymotion Batman: Ashes to Ashes. CHECK IT OUT!