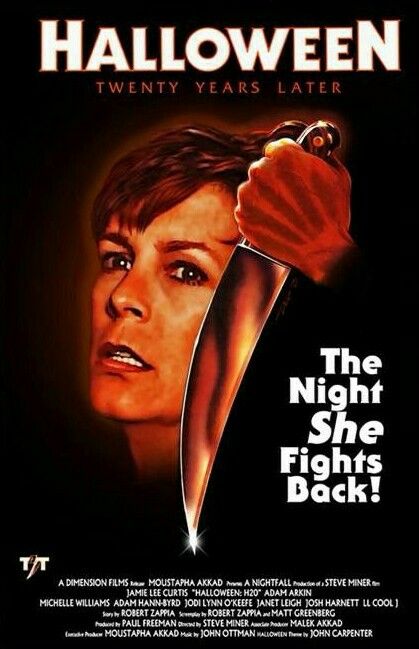 It also had a stunning new score from the master who started it all, John Carpenter. That definitely gave it the feel of nostalgia and set the mood quite well for the most part. It did however make me wonder a few times though, why not just have Carpenter get in the director’s chair as well? David Gordon Green did a decent job directing but his resume is a bit perplexing, ‘Pineapple Express’ being his most notable amongst a trove of weird unpopular rom coms. H20’s director Steve Miner directed genre favorites ‘Friday The 13th’ Parts 2&3, ‘House’ from 1986, Warlock (1989) and was even second unit director on the cult classic ‘Night of the Creeps’. Though H40 was a pretty solid effort overall there’s still a part of me that thinks just maybe H20 may have been a better end to the saga? Am I crazy?! I thought the 2018 version was darker in tone, for the most part, except when there’s Danny Mcbride comedy oddly inserted throughout which seemed a little off most of the time. I do remember H20 had some of odd comedy as well with LL COOL J wisecrackin’ and a general sort of a Scream-esque style to the whole experience. I thought the kill scenes here were pretty decent, most being done off screen, only seeing the end result mostly and one cgi knife kill that did indeed kinda bother me. I’d say in the inventive kill department though Halloween 2018 didn’t bring a lot new to the table. END_OF_DOCUMENT_TOKEN_TO_BE_REPLACED