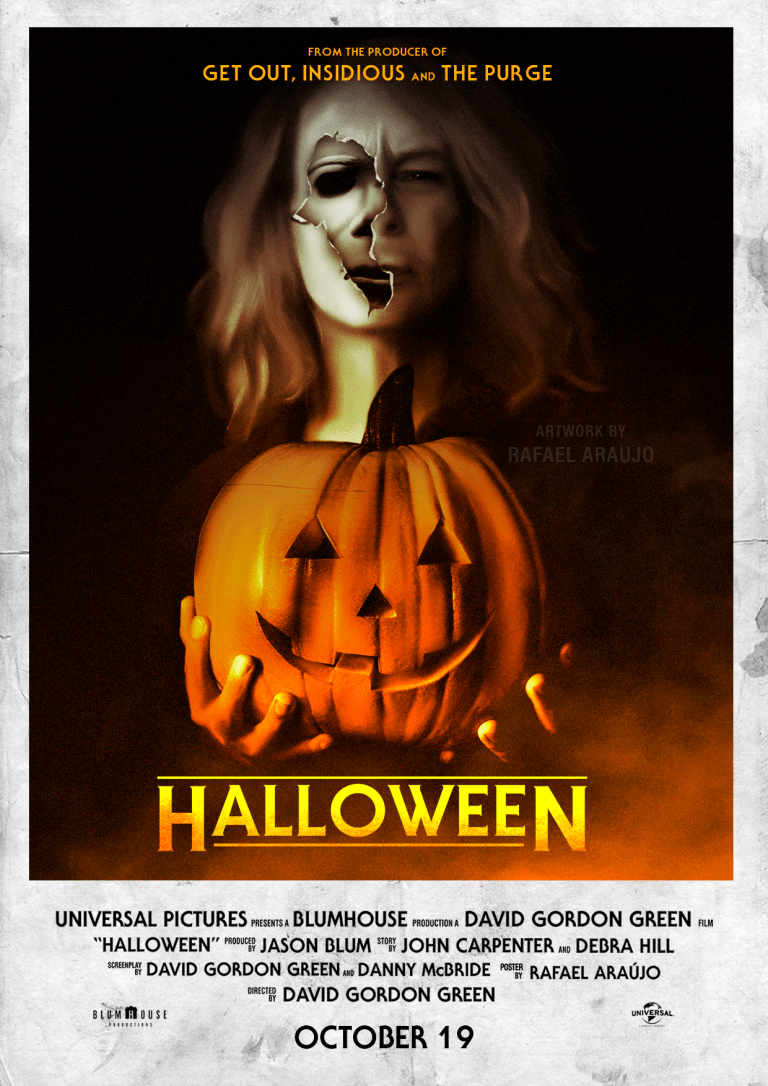 It also had a stunning new score from the master who started it all, John Carpenter. That definitely gave it the feel of nostalgia and set the mood quite well for the most part. It did however make me wonder a few times though, why not just have Carpenter get in the director’s chair as well? David Gordon Green did a decent job directing but his resume is a bit perplexing, ‘Pineapple Express’ being his most notable amongst a trove of weird unpopular rom coms. H20’s director Steve Miner directed genre favorites ‘Friday The 13th’ Parts 2&3, ‘House’ from 1986, Warlock (1989) and was even second unit director on the cult classic ‘Night of the Creeps’. Though H40 was a pretty solid effort overall there’s still a part of me that thinks just maybe H20 may have been a better end to the saga? Am I crazy?! I thought the 2018 version was darker in tone, for the most part, except when there’s Danny Mcbride comedy oddly inserted throughout which seemed a little off most of the time. I do remember H20 had some of odd comedy as well with LL COOL J wisecrackin’ and a general sort of a Scream-esque style to the whole experience. I thought the kill scenes here were pretty decent, most being done off screen, only seeing the end result mostly and one cgi knife kill that did indeed kinda bother me. I’d say in the inventive kill department though Halloween 2018 didn’t bring a lot new to the table.

Now another part that left me a bit underwhelmed was the big plot twist, which felt forced and really wasn’t expanded upon after 5 minutes. It rather felt like a cheap sort of way to get characters from point A to point B in a speedy way. The latest also didn’t add to much new to the mythos of Michael Myers and as we all know it erased the entire history that came before it aside from the first film. I think that was an odd choice, I know H20 negated Parts 4-6 yet I started to think how cool it’d have been if there was indeed some way all four movies ( minus Halloween Resurrection which was imo an abomination) starring Jamie Lee Curtis could have been canon. I always dug the whole sister/brother dynamic and somehow just having the first movie, where he kills just 5 people and then 40 years passes made Myers feel like less of a threat. 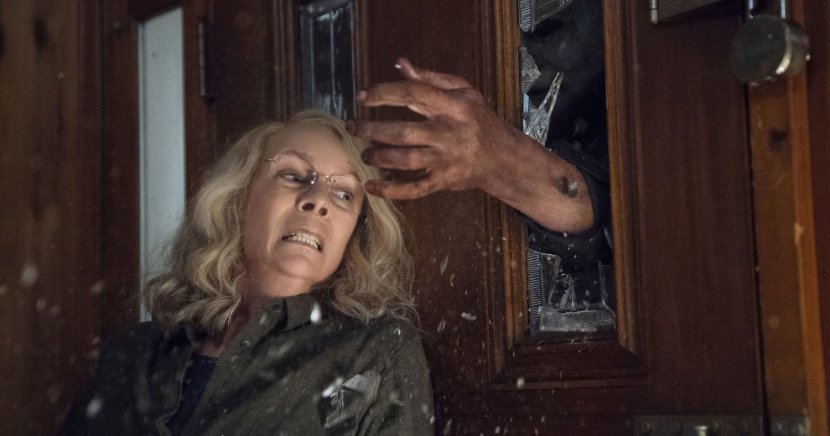 Now before I ramble on all day about H40 I’ll have to address the final battle, though it was a pretty good finale, I’d hoped for a bit more of a battle between Michael and Laurie. I did like seeing how years of planning inside of her home finally paid off but at the same time I was just hoping for something more altogether. I’d hoped for some shocking secret to be revealed but the movie ended on a pretty solid conclusion without to many loose ends. H20 in my opinion did a better job with it’s ‘final girl’ battle, we really got to see Laurie confront her fears and slowly turn into a total bad ass by the end, but maybe H40 is generally a better movie. Without Jamie Lee Curtis appearing in either, these two alternate sequels would’ve been largely forgettable movie making. I’d have almost preferred a new Slasher altogether to emerge in H40 and have the same dynamic amongst the films three female leads. Halloween 2018 to me is kinda like ‘The Force Awakens’ of the Halloween franchise, it’s basically a soft reboot of the original. That being said I do love me some ‘Force Awakens’ even if it’s not really brimming with originality. I’m giving Halloween 2018 a sold three stars and later this week I am definitely going to revisit H20 again!! I guess though the real battle of movies would be ‘Halloween 2018’ vs ‘Halloween II’ 1981 as they BOTH claim to be sequels to the original! Hmmm….