I’m not gonna lie, it’s been quite a while since I bought any new comic books from Marvel. Every few years I give it an honest shot, but time after time the same thing happens, They only remind me of what I so desperately miss from the eighties. The unique and edgy storytelling that Marvel actually brought to the table. Yeah and I miss when comic books looked and felt like comic books Rather than glossy computer scans on synthetic paper.Today’s cover is yet another example of an artist on top of his game, John Byrne’s cover for ‘Marvel Comics Presents’ #47: Wolverine! His eye for detail was always incredible and this damn cover shows his skill level at its peak! It also shows Wolverine when he was still a mysterious bad ass! There was nothing quite like Wolverine in the 1980s… 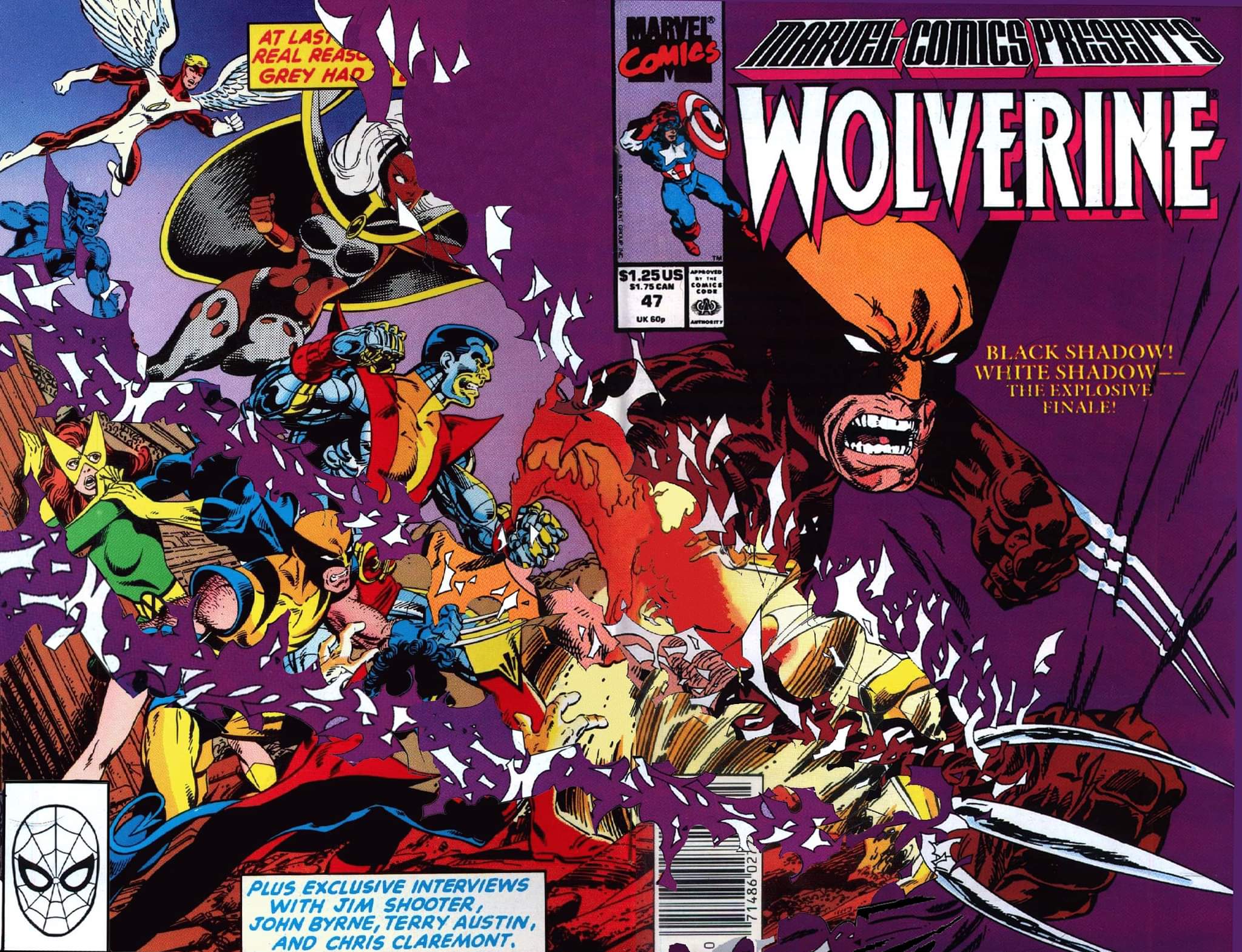 There are certain comic book covers that just pop right off the page at you when you see ’em & Master of Kung Fu #75 is one ’em! This cool cover way back from 1979 shows again just how damn good of an artist the master Mike Zeck is! This one shows Shang-Chi doing battle with a giant fish man that looks straight out of an H.P. Lovecraft story. I love the simplicity of some covers and this one gets straight to the point with an amazing underwater struggle facing the Master of Kung Fu. There are some truly jaw dropping covers in the Master of Kung Fu comic book back catalogue & Zeck’s done a great deal of them, ah those good ol’ days…

John Byrne had an amazing yet short run on The Incredible Hulk in 1985 and back then I was more than thrilled that he’d taken over the title as write AND artist! Byrne’s my favorite comic artist of all time and The Hulk my favorite superhero so this was to me a match made in heaven. Issue #314 was a great start and had great simplistic cover of the Jade Giant front & center along with some of his most devious villains! Yeah Modok too by Byrne is also a treat! Covers like this one prove that keeping it simple can be incredibly effective sometimes. I totally miss these awesome old school style Hulk stories. Today we have the Hulk killed off and replaced with the Totally awesome Hulk who’s alter ego is Amadeus Cho. Not a fan. I’m hoping someday Marvel can get back to what really worked for the Hulk and worry less about pandering to the mainstream narratives by changing their superheroes into other people. Ahhh…well at least I’ve got the classics to revisit!

Alpha Flight number 13’s cover has always been one of my favorites and if you were reading the comic book back in 1983 you know it was a pretty emotional time for the Canadian super team. This was again during a time when it was kinda special when Wolverine would show up on the scene as opposed to when he was featured in every comic book on the shelves. This was also a time when Wolverine was still a weird little 5 foot 3 inch mutant berserker rather than a Hollywood hunk! Anyway this cover was done by one of my all time favorite artists ever, John Byrne and the scene on the cover is actually a piece of a creepy dream sequence in the wake of the death of Alpha Flight’s team leader Guardian.

I totally dig Wolverine’s classic cowboy style here and of course the brilliant tombstones which feature the names of classic comic book artists. Of course Byrne’s name was usually cleverly hidden as part of the background and can also be seen on the tombstone. This is such a classic cover and a cool time to be into Marvel stuff. I’m still amazed they’ve never worked Alpha Flight into any of the Marvel movies as they’re a huge part of Wolverine’s past…also anyone else ever pick up on Wolverine having a crush on Heather Hudson?

Here’s a look at one heck of a great cover by the master Barry Windsor Smith way back from 1985 with Daredevil #217! This has always been a favorite of mine and there’s just no denying that Barry’s unique style rivals any current artist. Anytime in the 80’s that he was involved you just knew you were going to get something memorable. This particular cover is no exception to the rule, Barry gives us an epic cover with Daredevil & The Back Widow swinging high up in the skyscrapers  giving our ol’ pal Spidey a run for his money for pure perfection in acrobatic form!