I have been thinking about this for a while now, do I really want to see another Hugh Jackman Wolverine on the big screen? To be honest I’m not too sure I do anymore. I’m really not very excited about the Spider-man reboot to be honest and I’m quite not sure why? The last Spider-man movie was terrible, in fact I am not sure looking back how much I really like any of them anymore. I guess I just see more of the same for the movie Spider-man and I guess I’ll just have to wait and see the film in order to get excited.

New is it seems that shooting for the Wolverine sequel is set to begin in August in Australia. Hugh Jackman claims it will be better than the first film. Hmmm…well it really won’t take much to be better than that and hearing him say that isn’t exactly building the hype machine for the flick. Personally I think it may be time for someone new to take over the character. Start fresh. I’m having a tough time erasing the last two films he portrayed our favorite berserker in, they plague my mind often and when I think about them they often put me into a state of rabid dork rage! 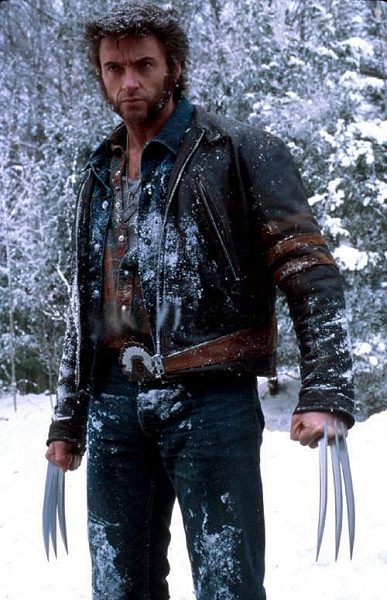 Now first I must clarify I really do love Jackman as Wolverine. When I first saw him as the character it gave me the chills! Aside from being too tall, he was the perfect man for the job. Unfortunately when Singer left the X-Men to make a very bland Superman flick things took a serious turn into Shit-Sandwich-ville. By the time we reached X-men Origins: Wolverine we were sinking into a swamp of turds with no redemption anywhere in sight! To me I just CAN’T sit through another shitty Wolverine movie. Since I was young I always dreamed of a solo Wolverine movie and look what I got after all the years of waiting. It’s just not fair to Wolverine that Batman got Christopher Nolan. So now here we are another Wolvie movie in the works. I personally hope it falls through again. I then hope Marvel reboots the shit out of it!

It’s time to move on. Jackman was great but we just can’t erase the past here people. It’s like a girlfriend or Boyfriend who cheats on you, sometimes it just can’t ever be the same! That’s how I feel. My advice is start fresh. Don’t put him in any of the X-men films for a while. Start Solo. Get a great director who understands and loves the character. Let’s get gritty. This time let’s see what it really looks like when a mutant with Adamantium blades gets pissed off. Let’s see Wolverine slice and dice like he does in the comics. No more PG-13. It’s time for an R-rated Wolverine movie. Start the film off when he’s found in Canada by James & Heather Hudson just after the Weapon X experimentation or like the upcoming movie in Japan only based on the Frank Miller / Claremont mini series of the eighties.

Now with that out of the way there’s just one big problem, who could possibly play Wolverine this time around? How do you all feel about Jackman as Wolverine again? Are you excited?