I read at Deadline Hollywood and Moviehole.net that Joe Johnston has finally got a list of potential contenders for the role of Captain America! First off let me say they are all relatively unknown which could be a good thing if you were a little weary of the option of Leonardo Dicaprio or Will Smith getting the role of Captain America. It seems they must simply be doing this for money costs since it has been stated that the lead will only be paid about $300,000 for this lead role. My thinking is they’ve already given Robert Downey Jr. too much damn money and they know it. 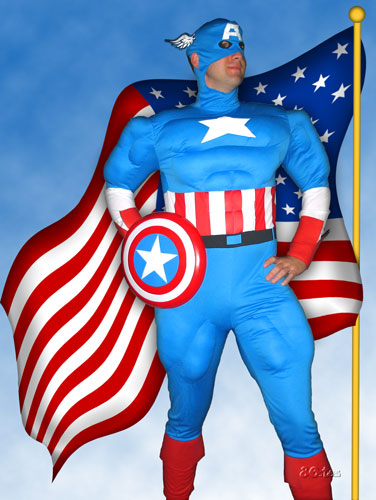 Either way it’s nice to finally know we’re getting closer to actually knowing who will wield the shield! I heard some more well known actors however would be cast as his teamates the Invaders in the movie. So here’s the list of seven contenders-I was nice enough to put their pictures up so we can all debate about who it should and shouldn’t be! Remember we’re looking for a wholesome, apple pie eating, small town, all american guy here..basically kind of a douchebag!

“Scott Porter – best known for his role as Jason Street on TVs “Friday Night Lights”, He currently stars in Lasse Hallstorm’s “Dear John” and can be sometime seen on  Syfy’s “Caprica”. Well my verdict is he definately looks the part & I can see this guy with the costume on-but can he act at all?? 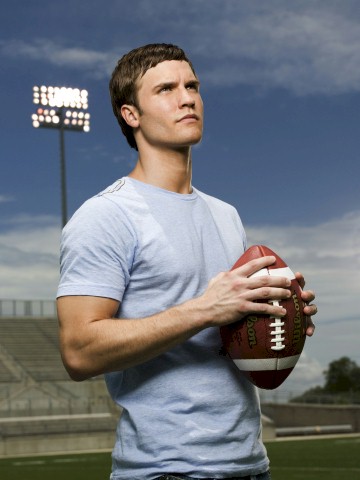 Chace Crawford – The 24-year-old actor is better known for his role on the  lame-o teeny bopper soap “Gossip Girl”. He’s signed to play the lead in a remake of “Footloose”(LAME). Well my verdict is this dude can play the wimpy Steve Rogers before he gets the super soldier serum! 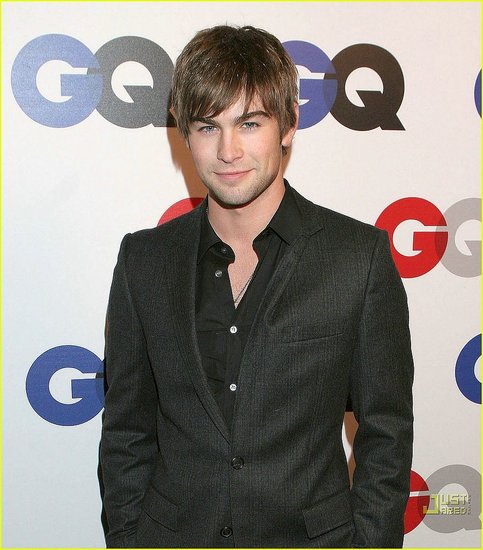 Michael Cassidy – A TV vet, on “The OC”,  starred in “Hidden Palms”, a little comic cred for his work on “Smallville”. But really this guy as Cap? I’m not feeling it maybe he could replace Justin Timberlake as the lead singer of Nsync though…

John Krasinski – The guy from the US version of “The Office”. Recently  starred in “Away We Go” which was pretty fun, seems like his acting chops may be above the rest but Captain America? Not so much. Maybe if it were a comedy that those shitty guys who make the Scary Movie movies directed… 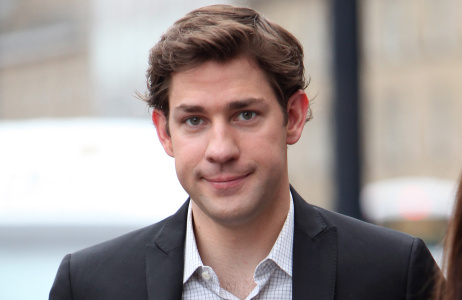 Mike Vogel – You saw him in “The Texas Chainsaw Massacre” and “Cloverfield”, now  he’s a regular tv guy on “Miami Medical”. I guess I can see him in costume, as far as looks go he’s douchey enough looking to be Cap! 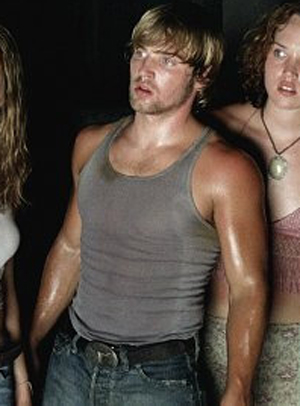 Patrick Flueger – Known most for starring in the science-fiction series “The 4400”, he also appeared with Tobey Maguire in “Brothers” -I never heard of the guy but he looks kinda like a serial killer in this pic here. Cap=not insane. Sorry Patty… 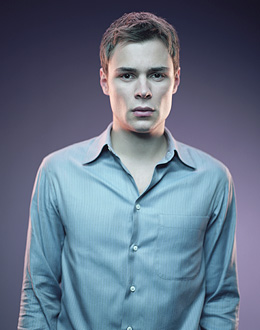 Garrett Hedlund – Known for starring in “Four Brothers”  but will be even better known when he jumps into video game world in the upcoming sequel “Tron : Legacy” so he’s gettin’ shit done in Hollywood. Aside from looking like the dude from the Goo Goo Dolls in this pic I’d say this guy could be the top contender! 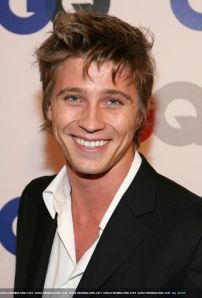 what do you think??? 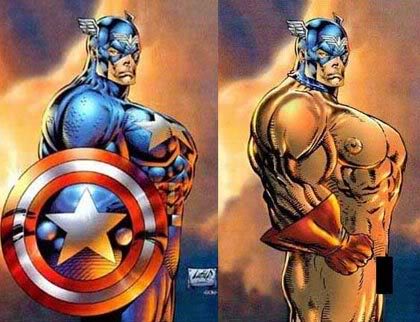 I will use any excuse to keep using this pic by the way…Sorry Rob!