It’s a time right now for EVERYTHING nostalgic! That’s right expect the unexpected because from what I understand the Griswalds are slated to return once again to return to Wally World before it closes it’s gates forever. A script is being written for their next Vacation where their son Rusty is taking his family along with his parents back on the road for some more mayhem! The big question now is who they are going to get to be Rusty this time? I personally think it’d be great to see Anthony Michael Hall reprise his role. However I have a feeling that won’t be the case as they probably think they need some star power comedian like Adam Sandler (please no!) or Seth Rogen to fill the spot. 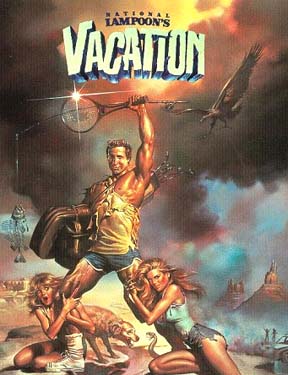 I had a feeling that this was going to become a real posibility when I saw the recent short Hotel Hell: Vacation which was trailered I think during the superbowl (I am not sure though because I didn’t watch it and did’t even know who was playing in it til that Sunday). I put the whole film here, though it’s humorous hopefully the new movie will be as funny as the others. Anway I am totally ready for another road trip with the Griswalds how about you??