So tomorrow ‘SOLO: A Star Wars Story’ officially will be released here in the USA. Audiences will finally lay down the verdict upon Alden Ehrenreich’s portrayal of one of the most popular characters in pop culture history, good’ ol’ Han Solo. It’s been a long journey with this new movie, from the firing of the original directors, to Ron Howard taking over, to Lando’s new sexuality being debated. Fans of Disney Star Wars are more divided than ever, especially since the backlash against Rian Johnson’s ‘The Last Jedi’, we’ll finally see if ‘Solo’ suffers at all from the supposed “boycott” of the movie by angry fans. 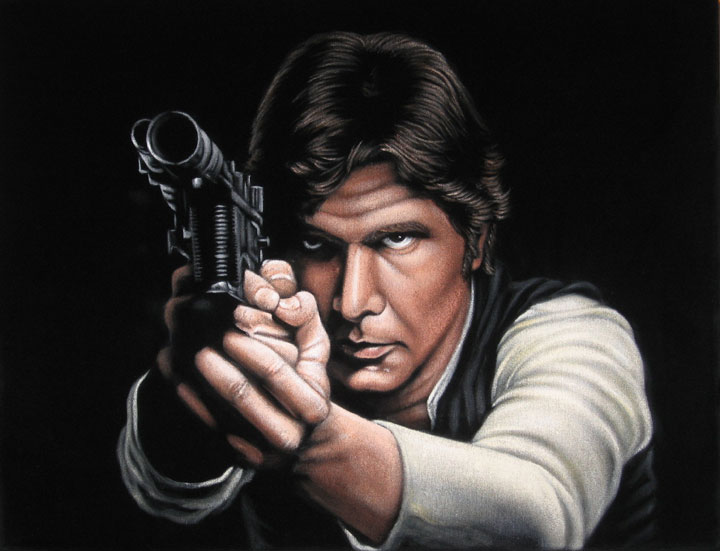 In my opinion, judging from the trailers, I think the ‘Solo’ movie looks like a pretty good time. The only problem I’ve got with it so far is the movie’s portrayl of it’s main character, which I guess is kind of a big problem for a movie about Han Solo. Alden so far, just doesn’t look, sound or feel like the character he’s trying emulate. I can’t cast judgement fully because I haven’t seen the full movie but at this point I kinda wish they’d have cast someone else in the role. Which leads me to my main focus of this post. There’s a guy whose already portrayed a young Harrison Ford on the big screen in the movie ‘Age of Adaline’ from 2015. When I saw this clip below for the first time my mind was completely blown. This guy is so damn convincing portraying a young Harrison Ford, it’s almost a crime he wasn’t considered for the role of Han Solo in the new movie. He even looks like him, sounds exactly like him and has the mannerisms totally down. It’s so spot on it’s a bit perplexing…check this out:

‘Anthony Ingruber’ is a Canadian actor and he’s had a handful of roles in smaller movies, tv shows and even done some voice acting for more recent Batman video games (Batman: The Enemy Within). He’s clearly got an uncanny knack to channel Harrison Ford that’s for sure. I’m really curious if he indeed tried to audition for the role in Solo? Here he’s again doing a scene from Star Wars as Han Solo: END_OF_DOCUMENT_TOKEN_TO_BE_REPLACED