Wow, I wasn’t even planning on writing about ‘Star Wars: The Last Jedi’ because let’s face it, there’s enough material about this movie online for you to read for decades. However after seeing the movie and being thoroughly disappointed, (and more so everyday the more I think about it) I’ve become well aware that I’m NOT the only one who feels this way. Some SPOILERS ahead….

What inspired me to write this post is the recent news of the giant backlash against the movie from fans simply being called a conspiracy by anti-social justice warriors who’re irate about the inclusion of strong female characters & racial diversity in the new movie. It’s claimed they’ve essentially hacked Rotten Tomatoes and have brought the fan score to a whopping low of 54% while the critics reviews rate it 92% fresh. I’ve decided to put my opinion here, to state as a long time fan, since I was a little boy, that the reason I disliked The Last Jedi has absolutely zero to do with strong female characters, white males, racial diversity, or anything that has to do with the current political landscape of the real world.

It actually upsets me that Disney simply can’t accept the fact that maybe, just maybe, their $200 million plus budget movie might not have pleased a huge number of long time fans. I can see many reasons why people absolutely love The Last Jedi AND I can also see just as many reasons why people may absolutely despise it. It may for some all revolve around shitty people being racist, sexist, bigots who’re furious about Rey being female and Finn being a black male fronting the franchise now. I however don’t think that’s the case for most, as The Force Awakens holds an 88% on Rotten Tomatoes by fans and I highly doubt everyone suddenly became upset about the sex and race of characters between the last movie and this one. No, the people I know who were disappointed had completely different issues with the movie entirely. 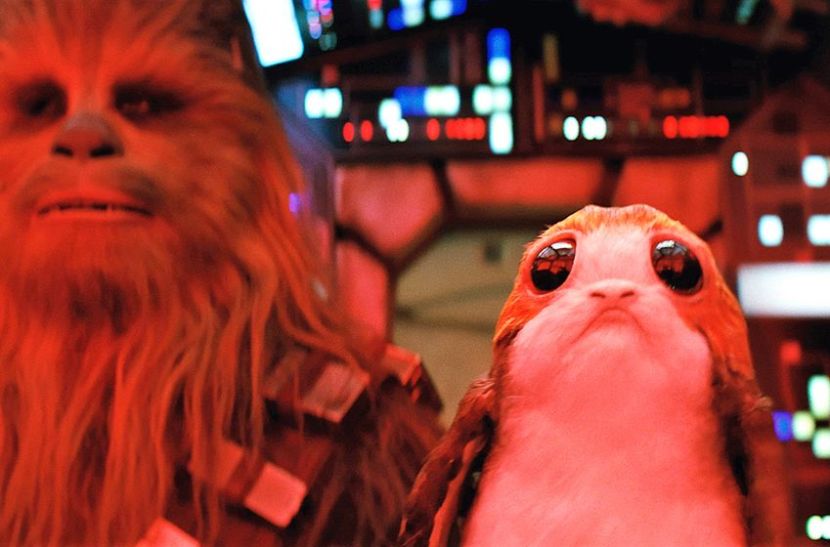 For me the movie failed to give us compelling answers to many of the mysterious questions ‘The Force Awakens’ brought to the table. It at times seemed like director Rian Johnson wanted to squash the theories all together, to make sure none of them came to light in reality of Star Wars. I felt this movie was made purely to shed it’s skin of the old classic characters, to make sure the new younger hip generation of characters could now fully take the spotlight. Fine and dandy with me, it’s what I’d expected all along but The Last Jedi just felt like one big bloated mess of movie. It tried way too hard to mimic a modern day Marvel film with it’s constant “witty jokes” landing nearly, like clockwork, at the end of every serious moment. It was a long, jumbled, disjointed, shiny, mega blockbuster with a series of uninteresting plot lines that felt more akin to the prequels than the originals or even The Force Awakens.

I honestly have a hard time trying to explain what the movie was actually even about. The Force Awakens captured the excitement of a director who was finally going to give the fans what they’d always dreamed of. The Last Jedi captured the excitement of a director who was ready to tell everyone it was time to move the fuck on, into that familiar bland, bloated, Hollywood blockbuster territory of 2017. He wanted us all to firmly know it’s NOT the 80’s anymore. Most of us, new and old fans alike, were hoping for big, big things here with the iconic return of Luke Skywalker and that just might be one of the main reasons why many feel a bit betrayed. I personally don’t feel it was Luke’s time to die, I think he would have been a more than welcome addition to episode 9 by new and old fans. I’d hoped that Luke might have really faced Kylo Ren here in The Last Jedi, tried to reason with him much like Han Solo had in The Force Awakens.

Perhaps we’d have gotten Luke putting that spoiled cocky bastard, Ren in his place in an epic light saber battle and NOT dying at the end of the movie like Han. We could have always had a much more well trained efficiently evil & more powerful Kylo Ren come back in episode 9 to defeat Luke or even had Luke face off against Snoke (who somehow turned out to be a total throwaway baddie?!!). My point being the whole Luke angle was a giant, giant disappointment for longtime fans. That’s a fact. I fault my disappointment with this movie on the writer/director here, how I wish JJ Abrams would have done this one too. I could go on an on but what’s done is done and it’s NOT about the race or sex of ANY character. I just don’t think it was a very good movie and perhaps Disney needs to accept that they didn’t deliver the goods this time that would please the majority of fans like they did with The Force Awakens. So please let’s stop with conspiracy theories and just let everyone have their own opinions….