After getting a good look at what is supposedly the MCU design for iconic Marvel Comics villain Modok I can honestly say my childhood fantasies have been smashed! Easily one of my favorite villains of all time for his bizarrely offputing look, Modok deserves so much better than THIS!

That is what is supposedly his design for the upcoming Ant-Man movie. His big movie debut look unfortunately does not feature any of the grotesque charm of the classic villain. 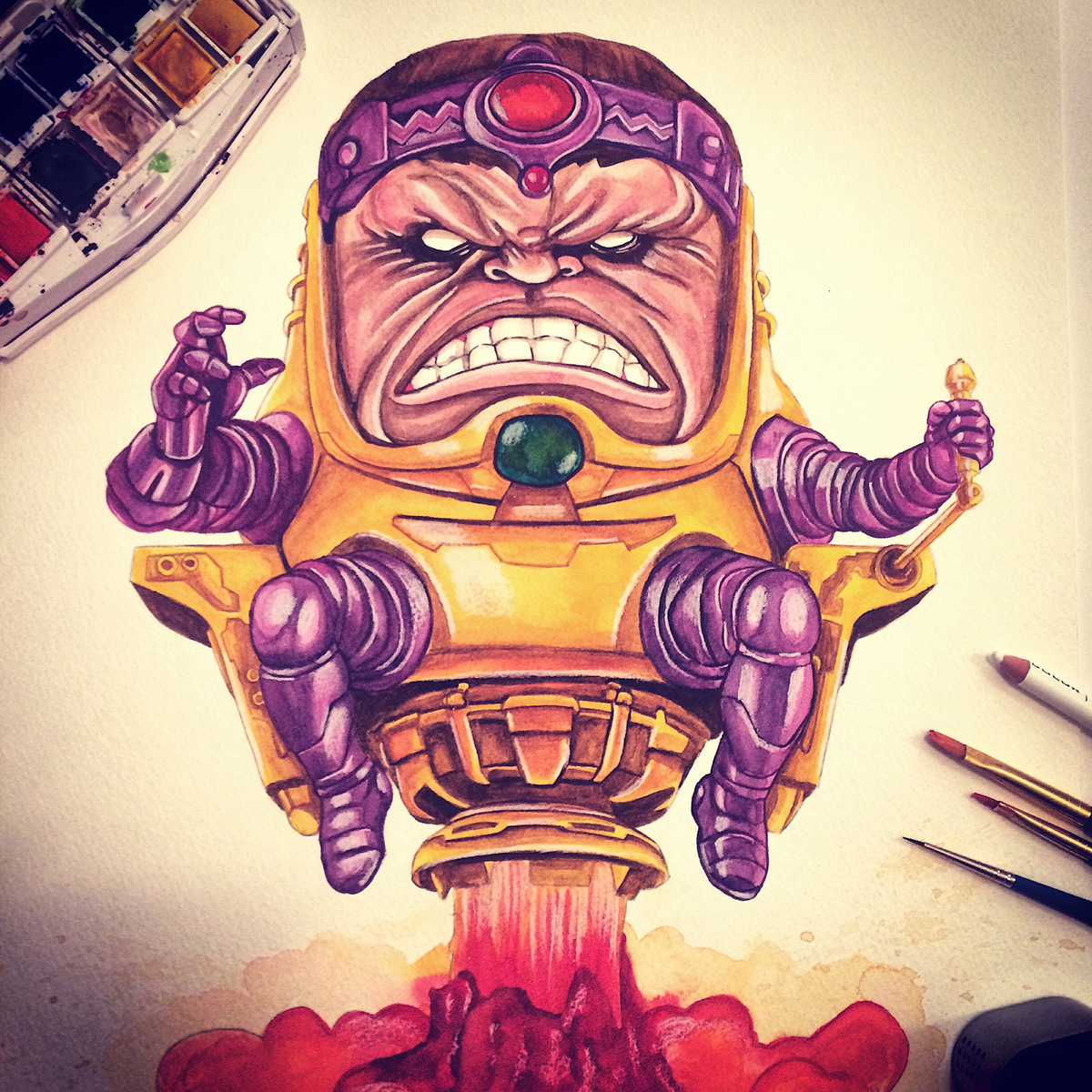 My hopes here are that he is merely wearing some sort of protective helmet. I’m also fairly certain that they will be featuring the character as some sort of ridiculous joke Instead of utilizing him as a terrifying monstrosity that he truly is.

I also think if they were to have designed the character using practical animatronic effects just how amazing he could really be on the big screen. Time will tell but in the meantime here are a few of my favorite images of one of Marvel’s most grotesque creations!