There was so much hype about the possibility of casting Anthony Ingruber as Han Solo in the Star Wars community that he was actually one of the FIRST people to be given the chance to audition for the role by Lucasfilm. However even though he appeared in the role of a young Harrison Ford in The Age of Adaline, they for some reason chose Alden Ehrenreich….

Bad move! The ‘Solo’ film was a bomb and many were just left unconvinced that Alden was actually Han Solo, he doesnt look or sound like Ford, that’s for sure. Coming across more as Han’s younger stepbrother who was hangin out with Chewy for a couple hours than the iconic hero of the original trilogy. 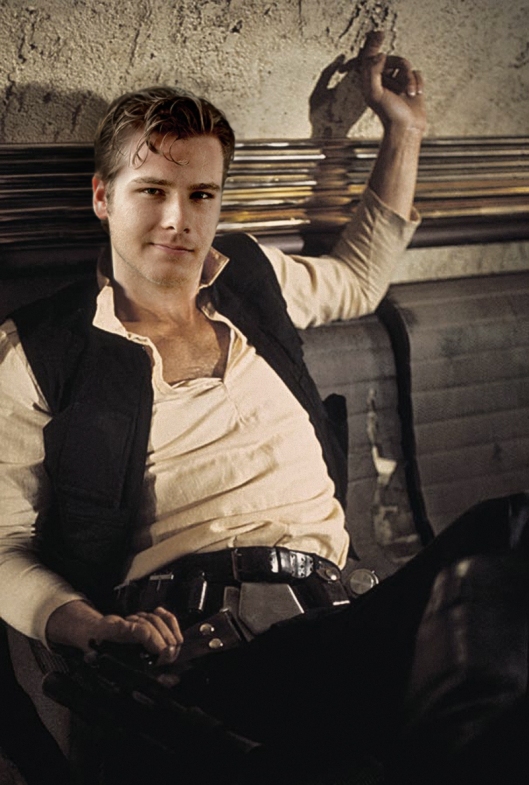 So many had been left wondering just what could have been with Ingruber as Han Solo. Well peeps the wait is finally over as “Stryder HD” just put out the long awaited deepfake of Anthony as Han! The similarities are down right mind blowing! If this is not proof that if we see another appearance of young Han, Ingruber should be recast IMMEDIATELY, then I don’t know what is! Check this shit out!! P.S. Nice damn work Stryder HD!!