I’m willing to bet that even if you’re a huge fan of fx legend Tom Savini that you likely never knew in 1982 he was flown to Hong-Kong to do special fx on an obscure horror comedy called ‘Til Death Do We Scare’!  I never heard of it until a month ago & was completely intrigued. For good reason too, this is one wacky bizarre little mess of a damn movie!

Directed by Lau Kar-wing this essentially follows the story of a down on her luck widow whose husbands keep dying in mysterious & slightly stupid ways on their respective wedding days. For instance one dies by way of random bird flying directly into his freaking mouth at the altar! 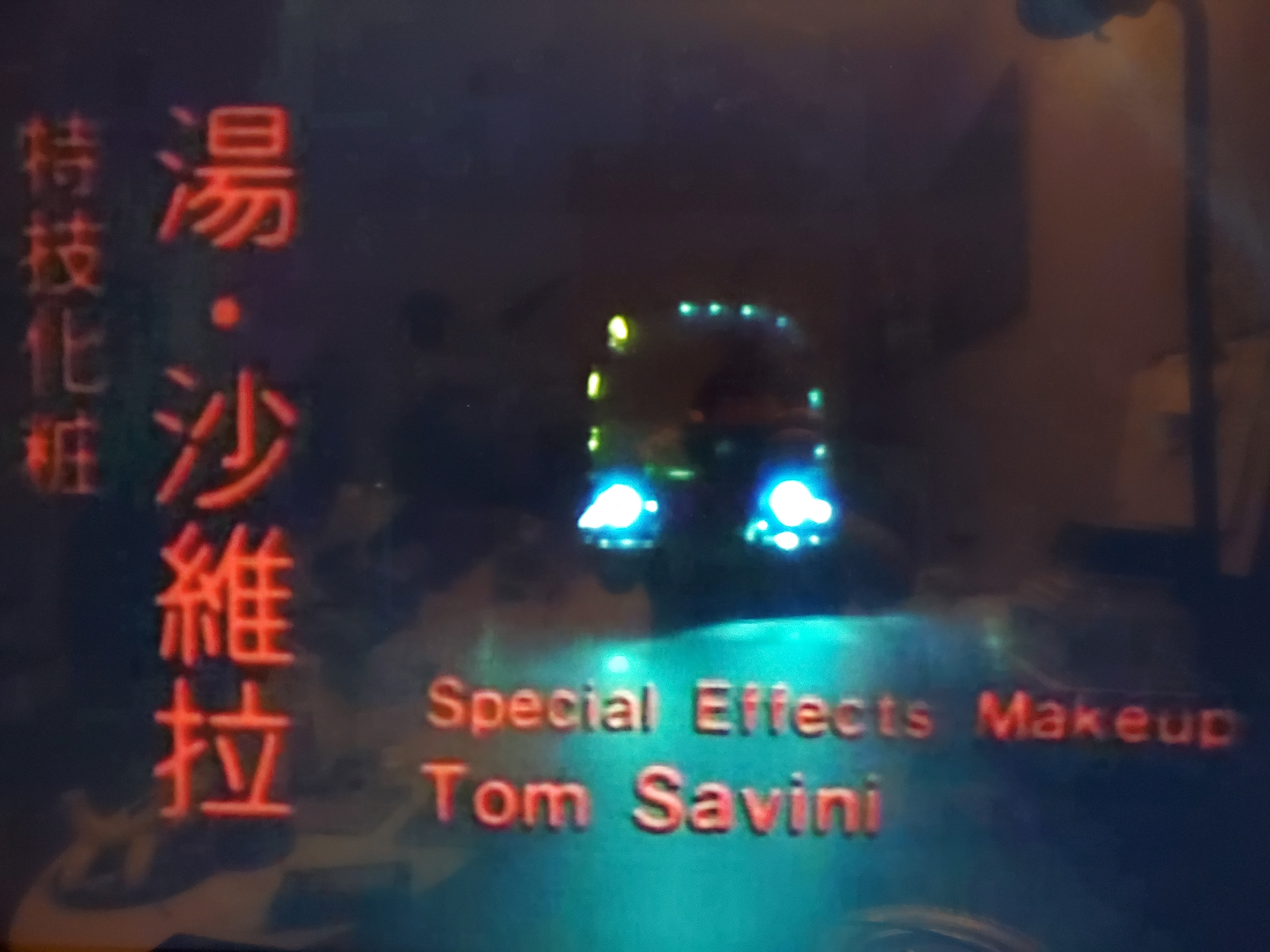 Well, I guess, lucky for her the ghosts of her 3 dead stooge husbands all meet in the afterlife & team up vowing to watch over her. What we get here is a totally moronic misadventure, with her 3 former lovers for some reason trying to set her up with a wacky yet I’m assuming unintentionally creepy radio DJ dude. Yep he does his fair share of stalking the beautiful widow, with  surprisingly positive results! Who knew stalking could be such a turn on?!

For some reason the three zany ghosts spend a lot of the time in the movie fucking with him, moving chairs around and making him physically unable to take off his pants when getting ready to get some sexy action! They also spend a little time scaring him thank god and that’s exactly where the film’s real star imo, Tom Savini finally enters the scene with those impressive 80s special effects and creepy makeup stylings everyone loves him so much for. In fact part of me kinda wondered, maybe Tim Burton watched this one, because some of these ghost’s wild scare antics combined with Savini’s make up effects bring to mind his classic film Beetlejuice.

On second thought I’m pretty certain Burton never saw a peep of this one! The film kind of shifts gears in its 3rd act and involves our creepy lover boy along with his pathetic best buddy being exiled off to an extra dimensional island of the dead. There everything seems strangely to be made of paper mache(?), paper mache cars, paper mache walls, paper mache staircases, which are NEVER a good thing. But none the less a full on paper mâché nightmare!

So there the two of them (for some unknown reason), face off against the dead’s annoying overlord who’s followed by a gang of well dressed partying ghosts. The finale of the movie is where Savini clearly unloads his trunk of extra props from Creepshow! OOOOH YEAH! Where he helps bring to life a giant blue Chinese vampire and his horde of wicked zombies! I’m guessing Mr. Savini was working with a shoe string budget here, as the fx work is fun, it def does look a bit unfinished. I’m not sure if I was just too stoned to understand the plot correctly or if this thing was just a crazy giant mash up of weird lost in translation mayhem! By the time it was done I was so confused with what I’d seen, but at the same time completely satisfied. Sure I’d hoped Savini was working on a bonafide gem of a lost Hong Kong horror flick of the 1980’s that I could shout on the mountain tops to my fellow cinefiles! Instead I just relished in all the fun Tom Savini must have had while filming this ridiculous mess in 1980’s Hong Kong….