1992’s ‘Private Wars’ from PM Entertainment is an 80’s action fan’s dream come come true. It’s got everything you’re likely to want from the genre and more which was a pleasant surprise as I wasn’t sure just what to expect when I picked this sucker up randomly on VHS recently. From the cover it didn’t look like anything particularly special but within the film’s first 5 minutes or so it was clear this was gonna be a total spectacle to behold. We’ve got a great cast here as well, one of the films several leads is Steve Railsback (Lifeforce, Nukie), who stars as an unlikely anti-hero, a drunken wild card who from the movie’s fully over the top get go sets up the mayhem that pretty much continues to ensue for the duration of the film. Also equally bad ass is Dan Tullis Jr. who you just might remember for his role as “Officer Dan” on the sitcom Married… with Children. He gives the movie a damn fine does of comedy as well as some sweet ass action! 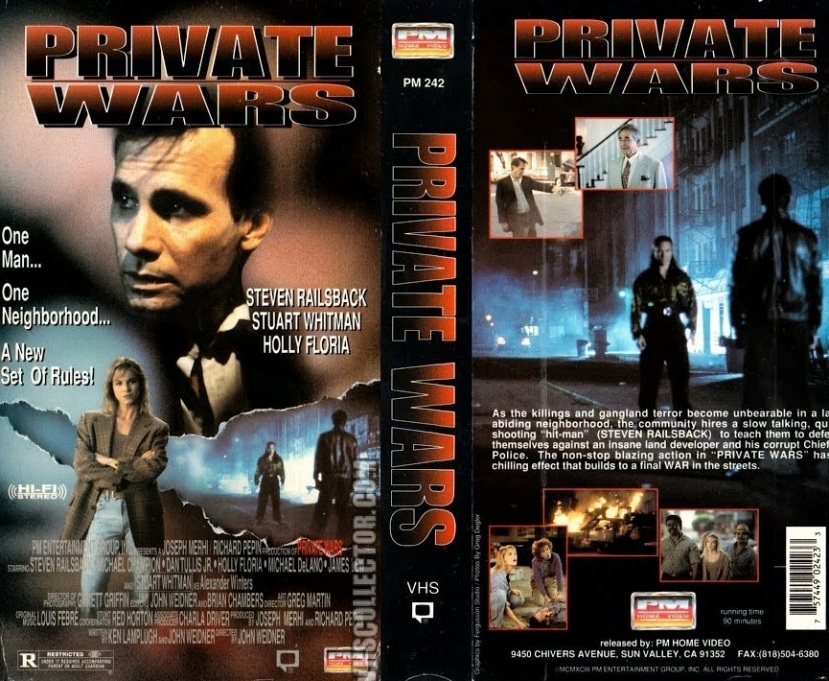 There’s a lot of stuff to fully enjoy here and luckily the pace of the movie rarely if ever lets up. We’ve basically got a wealthy sinister asshole businessman who’s dead set on getting the inhabitants of an old neighborhood to abandon their homes so he can build a huge boring business center there. To achieve his deviant goals, he bribes the corrupt local cops and uses organized gangs to harass pretty much any woman, man or even child who sets foot near them. There’s an incredible sequence that simply must be seen to be believed where the local gangster thugs go on a crazed rampage ruining kid’s toys, jump kicking innocent side walkers, shoving the elderly people, kicking over full trash cans and destroying fruit stands! These guys mean business and they quickly cross the damn line when they set one of the beloved locals on fire. The neighborhood bands together to unsuccessfully try to stop them and soon they look to employ the skills of drunken fuck up tuff guy Steve Railsback to help the cause. 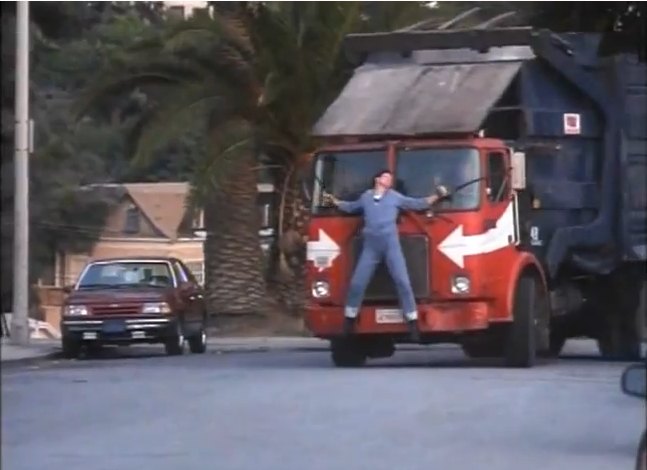 This one’s filled to the brim eratic action scenes, wild explosions, crazy ass car crashes, kung fu mayhem, charismatic characters and some pretty well timed comedy. There’s an totally hilarious scene where the neighborhood watch gets together to audition locals badasses to help them out that’s totally unforgettable. They also seem to love strapping people to the front of vehicles and the surprisingly impressive stunts and explosions make me totally miss those golden years of action movies before everything was done via CGI. Private Wars has true heart as well and throws some pretty sweet nods to ‘Rocky’ when Railsback finally cleans up his act in order to get ready for the final battle with the greedy developer and his goons. It’s the perfect party movie and is truly a forgotten gem of an action movie that’s sure to put a smile on any 80’s action fans face. Seek this one out, it’s totally worth it!!!