It’s about time right? The Puppet Master franchise is officially back! The official trailer has dropped for Puppet Master: The Littlest Reich, the new reboot of the classic series that became a cult classic way back in 1989. It features a screenplay from S. Craig Zahler (director of Bone Tomahawk and Brawl in Cell Block 99), features some crazy new puppets. Shit hits the fan when a supernatural force animates a collection of puppets up for auction at an antique convention, setting them on a blood drenched killing spree that’s put into motion by an ancient evil. It stars Michael Paré, Thomas Lennon, Charlyne Yi, Udo Kier, Nelson Franklin, Matthias Hues, Jenny Pellicer, and Barbara Crampton. The movie is directed by Sonny Laguna (Wither) & Tommy Wiklund. 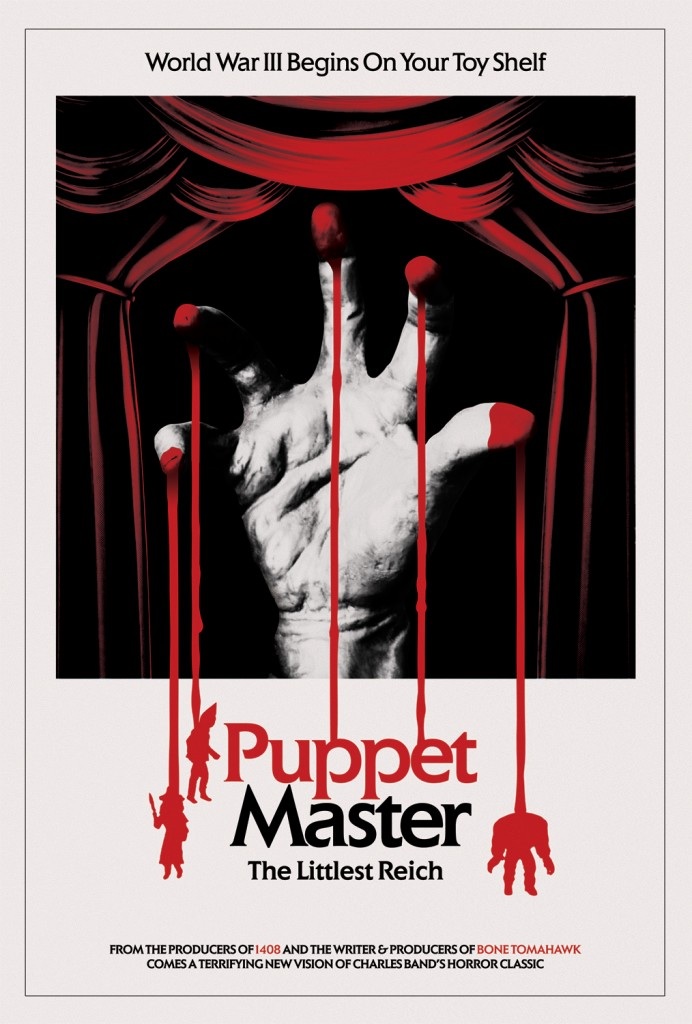 So far this looks like a pretty sweet little reboot that’s definitely not holding back on killer puppet practical fx mayhem. Count me in here, as a huge fan of the original movie this one looks like it’s been re-booted the right way! This one’s set to release August 17th 2018.