I’ve been hearing a lot of explanations recently from Rian Johnson concerning the great divide between Star Wars fans & just why people feel the way they do about ‘The Last Jedi’. The most divisive part of the movie appears to be, hands down, the handling of Luke Skywalker. Sure some hate the Marvel-esque humor recently added to the franchise, some hate the Rose & Finn “Casino Adventure” and of course some did really legitimately love it all. Wherever you stand on this, most do actually agree, they’d have liked Luke Skywalker to have stuck around for a while longer, Rian Johnson however has recently stated the reasoning for killing off Luke was to put the main focus on Rey, Finn & Poe. The legacy characters still, according to him, were standing in the way of the new younger generation. Because we all know of course, that’s what the people really wanted, the younger characters front and center in the spotlight….right? Hmmm….. 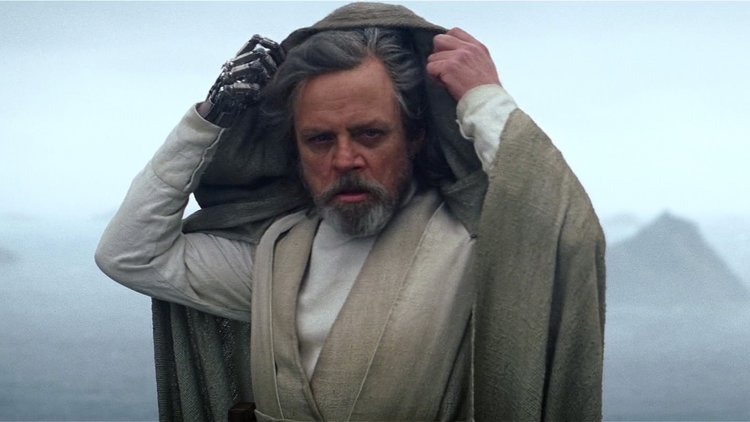 I’ve wondered myself for a while if this is indeed actually the truth? Of course there’s plenty of room for a new generation of more hip, younger heroes to take the cinematic Star Wars main stage- That’s a no-brainer. I’m all about that, but still there’s a part of me that wonders if there was still room for an older Luke Skywalker, C-3P0 & R2 in the Star Wars universe? As a long time fan I of course will admit, this new series held a lot of excitement because of the return of Luke, Leia, Han, Chewy, C-3P0 & R2D2 and then secondly the new characters. As I think about The Last Jedi, as the Blu-Ray is coming out soon I’m curious what fans would have really preferred, Luke to have died or lived on?

I’m seeing a lot of rumors and news lately about the solo anthology films, we’ve got Rogue One in the bucket, Solo on the way, rumors of an Obi-wan solo movie & even murmurs of a young Yoda movie. One thing I think would have been amazing would’ve been a one shot movie similar to the ones planned I mentioned that featured an ‘Old Man Luke Skywalker’ starring Mark Hamill. Imagine if Luke had lived and had a smaller role in Episode 9 but wasn’t killed off. I think an “Old Man Luke” movie might have been a dynamic idea to present afterwards. For instance what if Luke had created a new Jedi academy and embarked on one last epic adventure with a couple of his pupils and of course C-3PO and R2. Hell, you could even add in Finn or Chewy to the movie as supporting characters.

Just because a character is older doesn’t necessarily mean that people are totally done with them. Especially in the year 2018 and especially when dealing with Star Wars. Ash returned in an ‘Evil Dead’ Tv series, Indiana Jones returned & a much older Wolverine & Co returned for one of the best superhero movies ever in 2017’s ‘Logan’ that was based on the hit comic series ‘Old Man Logan’. Fans for the most part have dug them all (Except for Indiana Jones 4 maybe-damn!) My question is would Star Wars fans have returned for a Hamill fronted older Luke flick? Did Disney Star Wars underestimate just how much people still loved Hamill in the role of Luke Skywalker even though he’s now an older Jedi? I think they dropped the ball big time-I think a Hamill fronted Luke solo one shot movie would have crushed at the box office-am I crazy? What do you think?