Ok I just watched a rather stunning trailer from a new movie called ‘Death Kiss’ and upon multiple viewings I’m still left a bit speechless. 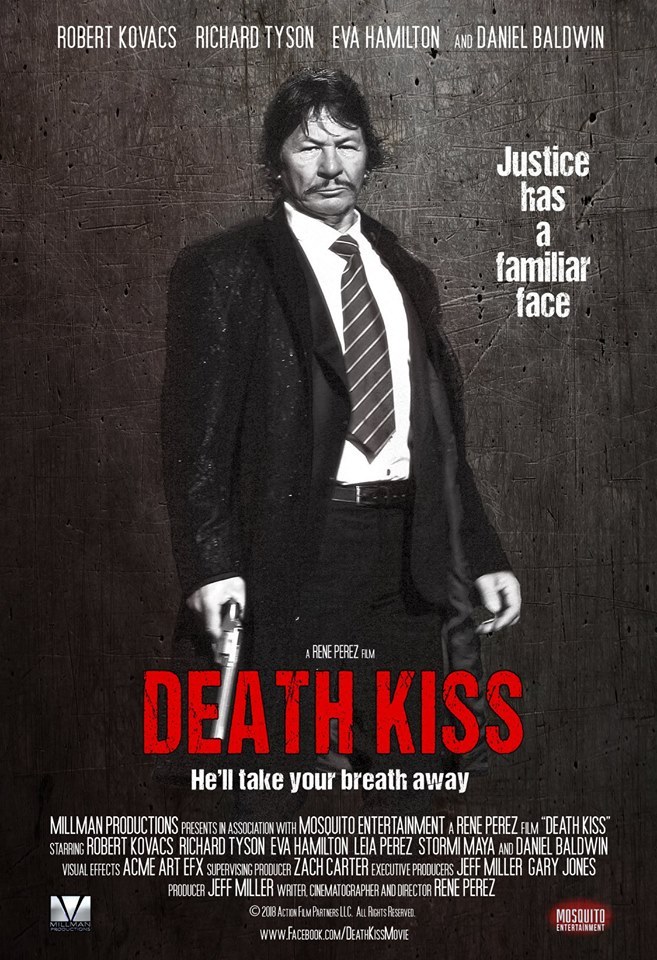 The movie itself looks ok but one thing you’ll notice is what appears to be Charles Bronson back in the flesh kicking ass and shootin’ up shit just like he used too! The only perplexing thing is that Charles Bronson passed away in 2003. Check this out…

So what gives here huh? Well this dude, who’s a haunting spitting image of Bronson is actually an actor named Robert Bronzi Kovacs. He’s appeared in one other movie in 2017 called “From Hell to the Wild West” directed also by ‘Death Kiss’ director Rene Perez.

It’s also interesting to know Robert Bronzi was a apparently a stunt double for the real Charles Bronson. Anyway this one kinda blew my mind and I’m sure all Charles Bronson fans will likely feel the same way when seeing Bronzi in action.