Ahhh yes I can still remember how stoked I was as a kid waaaay back in 1985 when John Byrne took over writing and drawing The Incredible Hulk for a far too short of a run. I was only 11 years old, but I seriously adored John Byrne, he was hands down my favorite comic book artist and The Hulk was my favorite comic book character. Byrne had been writing and drawing Alpha Flight, which of course I was a die hard fan of too, when he switched to full on Hulk mode with issue #314. I was thrilled! 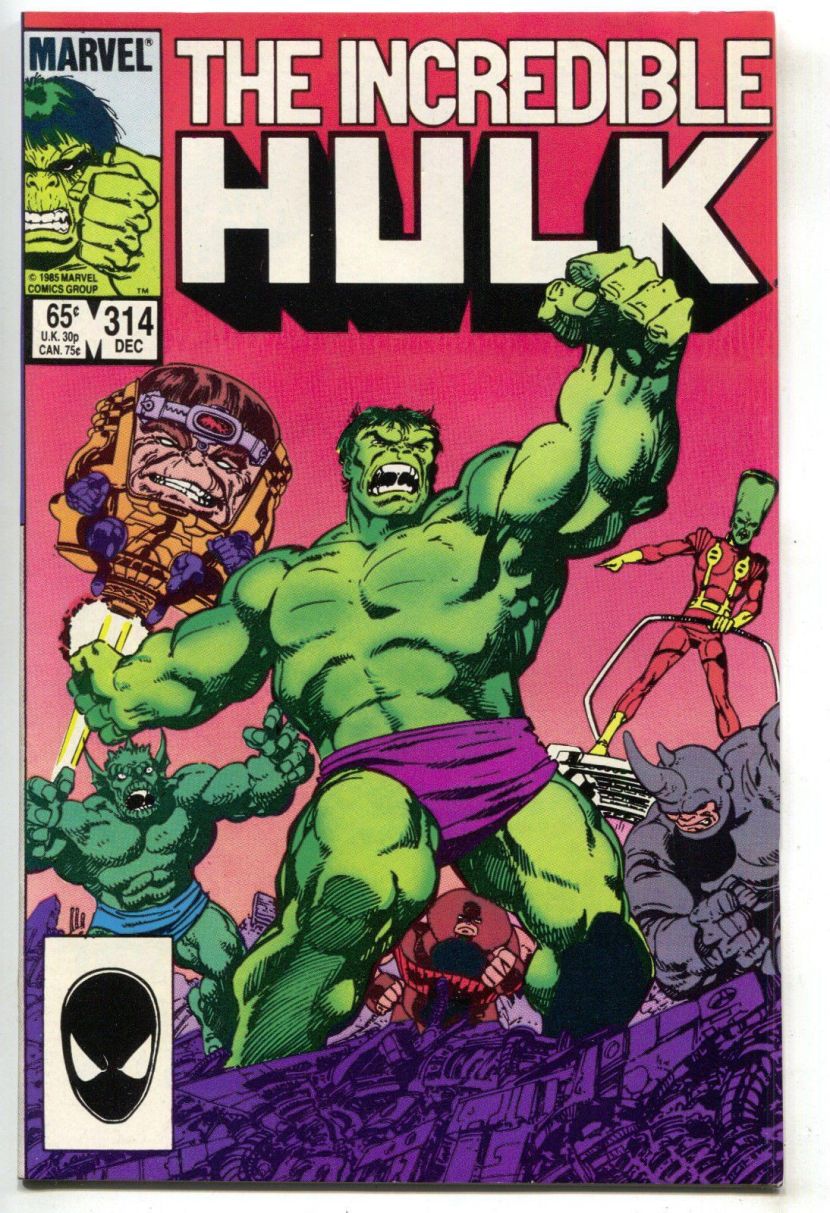 I must have read that issue a hundred times and the cover itself couldn’t have been more awesome as it featured the Jade Giant in all of his Byrne-esque glory along with a gang of his deadliest villains behind him ready to start some shit. The Leader, Modok, The Rhino, Abomination & The Juggernaut! Byrne’s highly detailed artwork pushed The Hulk to new levels of awesomeness, the character was more massive than he’d ever been too. Though the villains on the cover end up being just part of Hulk’s over active imagination, the Byrne run fully  made up for that with making Hulk-centric character Doc Samson one of, if not the main character of his short run. From that point in in Hulk history Doc Samson quickly became one of my favorite Marvel characters, the series also improved upon Doc’s costume, giving him a new one, ditching his classic but sorta awful lightning bolt suit he’d worn previously.

In the past we’d seen Samson tangle with the Hulk but never quite like this. I absolutely love how Byrne’s Hulk completely dwarf’s Samson in size like never before, yet he proves just how much of a bad ass the character really is with not only his brawn but also his brains. This issue is essentially one big fight between the two and begins with a more mindless version of the Hulk who’d been missing in another dimension called The Crossroads, exiled by Doctor Strange for over a year (those were great issues too!). Samson cleverly defeats The Hulk and makes Hulk history using his genius scientific intellect to actually separate Bruce Banner from The Hulk as two living breathing entities. 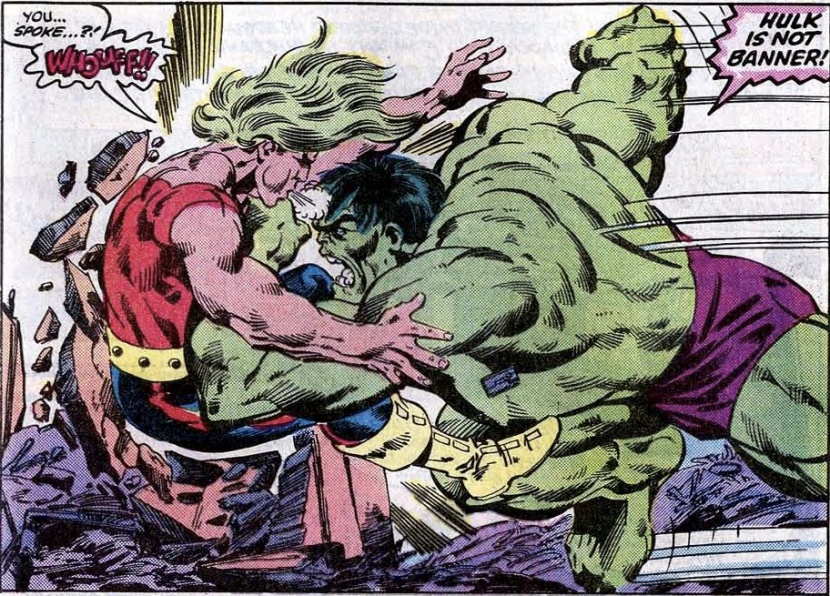 This was a great era of Hulk history and let’s face it John Byrne was easily one of the best comic book writers and artists of  the 70’s & 80’s if not of all time. During this run he pumped out 8 issues, one being an awesome Marvel Fanfare where’s Byrne’s stunning artwork proved he was easily one of the best of all time when it came to drawing the jade giant. Another was The Hulk annual #14 which he wrote but master Hulk artist Sal Buscema drew. I love the Byrne era Hulk and apparently he’d had big plans for the series but was thwarted, there’s actually a great story about what went down here with the Byrne Hulk run for all of you Hulk-a-maniancs. Also check out ‘Incredible Hulk: Visionaries #1‘ Trade Paperback  which features the whole output of Byrne 80’s Hulk. Ahhh those were the good ol’ days…. 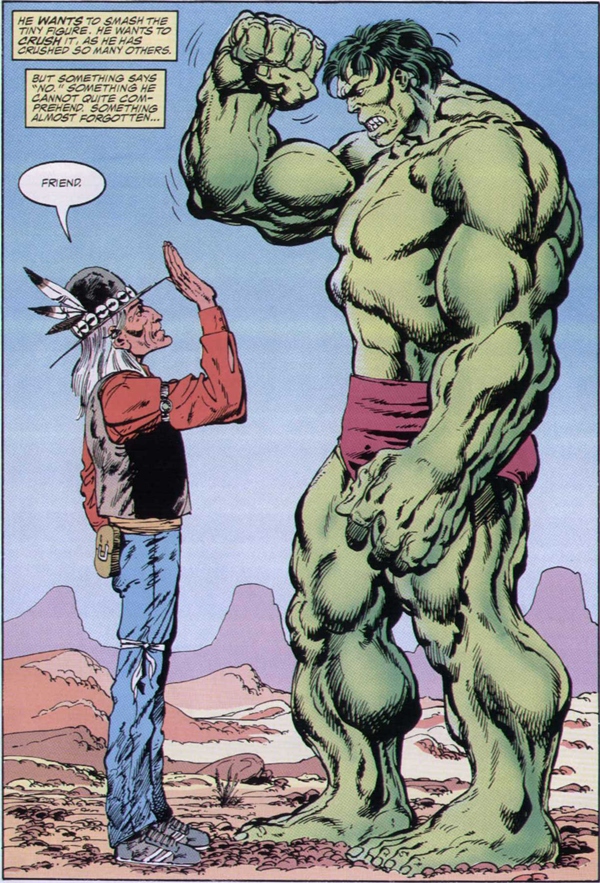