So my first entry I did on the top ten “stranded on an island” movies has easily been my most popular post here at Universal Dork, sooooo naturally I am giving a sequel to it right here, today! I simply love the idea of being castaway to a remote island, far away from the bustle of everyday life. There’s something about this idea that has always captivated audiences and it remains to be a situation I often think about every damn time I get on an airplane. So let’s not waste any time and get right to one of the most romantic, exciting and frightening movie topics of all time. It’s time to take a look at the other movies that deserve to be on this epic list!

Yeah this list is going to have some cheezy ass movies on it and this one here is a guilty please to start it off.  It’s also likely the most well known of the bunch. Of course this movie was a box office mega bomb and totally panned by the critics. 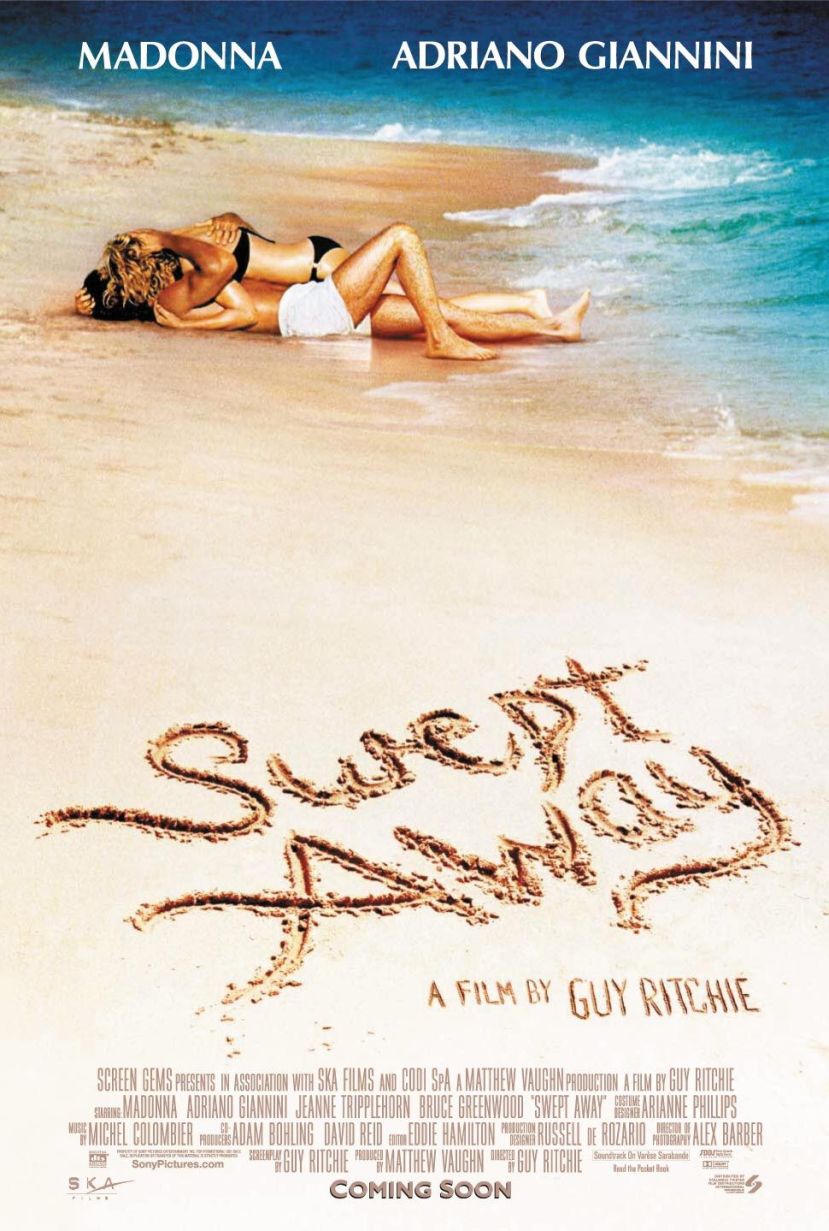 However if you’re looking for a fun time on a stranded island with the legendary icon Madonna then look no further!

Here’s an interesting Disney movie with Silver Spoons star Ricky Schroder – Bonus right there folks! It seems that Disney was all in on the whole desert island theme as this was just one of quite a few that follow a similar storyline.

While this movie isn’t bound to blow your mind it’s got a pretty cool premise of flipping a B-29 bomber over on it’s back and sailing it to civilization!

8. The Mysterious Island of Beautiful Women, 1979

This flick is about as ridiculous as it gets, which makes it that much more worth seeking out! You can totally check the whole thing out on Youtube if you’re feeling frisky too.

Check out this ridiculously over the top trailer with a whole island of ladies who don’t trust men-imagine that! This one is about as cheezed out as it gets folks…

Tom Hanks stars in this cool cult comedy which takes him to quite an interesting island where he’s planning on throwing himself into an active volcano cuz he’s been diagnosed with a fatal illness. damn.

He decides to live his life an take some chances, abandoning his boring office job. He meets Meg Ryan along the way and of course some zany shit goes down in classic Tom Hanks fashion. A ton a fun!

Here’s a stranded on an island horror flick that’s totally worth a watch. It’s got a group of travelers whose plane crashes on a creepy ass island in the Pacific Northwest. 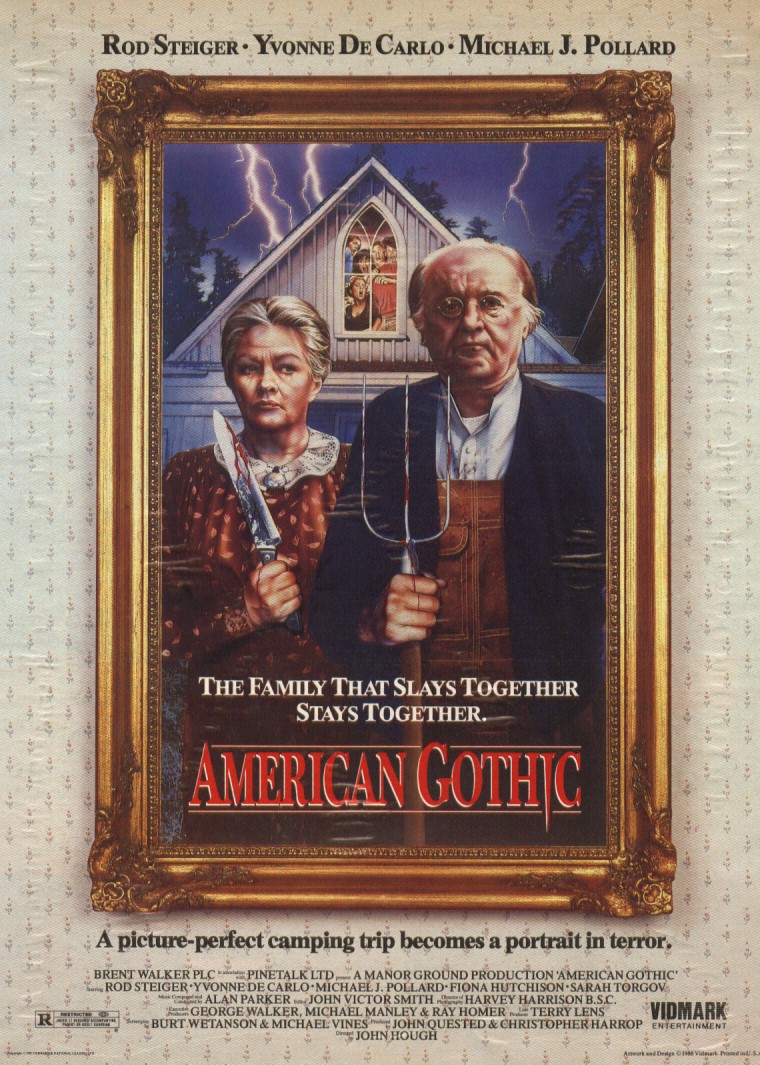 Well things get way worse when they figure out the island is home to a super psycho family who’ve got sinister plans for the castaways. A pretty decent fight for survival flick/crazy ass hillbilly 80’s horror movie!

Yep the whole zombie Nazi soldiers thing was a thing way back in 1977 & this here island has got some naughty undead racist assholes creeping around all over it. Super schlocky and dirty 70’s horror movie starring Peter Cushing & John Carradine. Check out the totally bad ass vhs art too…

It’s worth a watch if you’re feeling like getting to the root of the Nazi zombie craze that inspired movies like Dead Snow, Outpost & Iron Sky.

I watched this movie recently on VHS for the simple fact that it said it was a “stranded on an island adventure” and really didn’t have high hopes. Well it turns out this one is actually a pretty cool little family adventure gem. I totally dug it.

It had a little mystery going on as well on the island which is always nice and of course a killer bear always is a bonus as well! Track this one down it’s a surprisingly fun little adventure flick!

Here’s a totally bizarro Japanese movie from the 60’s who’s alternate title is “Attack of the Mushroom People”.  These castaways can’t seem to find anything good to eat on the island and decide to eat some magic mushrooms. Bad move dudes…

Well it turns them into, you guessed it…Mutant Mushroom People! This one is pretty cool and has some cool sets & fx given the time. I mean that still from above is pretty damn mind blowing- yeah it’s pretty cool piece of forgotten foreign cinema..

I saw this one recently and couldn’t believe I’d never seen it before. The movie being released in 2001, I’d assumed was just another terrible third rate CGI monster movie.

Not a chance, this one, directed by Jack Sholder (Nightmare on Elm St. 2, The Hidden, Alone in the Dark) is a pretty damn fine monster movie with some dazzling practical creature fx! Sure it’s got some incredibly laughable acting but it’s a helluva good time and the perfect stranded on a desert island monster movie-check this one out for sure!

Saw this recently on VHS and yeah, this one delivers the charms. It’s a cool ass little adventure and a great “stranded” genre movie to top my list off. It’s a bit Swiss Family Robinson, a bit Indiana Jones and a bit Lord of the Flies. So basically it’s a great time and the epitome of what a movie of this genre should deliver.

Plus add in Gabriel Byrne as the villainous pirate and you’re all set to be stranded the best way possible. This one might be a bit difficult to track down, but it’s worth it if you dig the desert island adventures as much as I do…