I stumbled upon a cool little gem of a movie  a few days ago called “Arachnid” back from 2001 and was quite happy to see a cool classic style creature feature done the right way! Yeah Arachnid was made during a time when pretty much anything of the monster movie genre was rendered in super shitty digital effects. 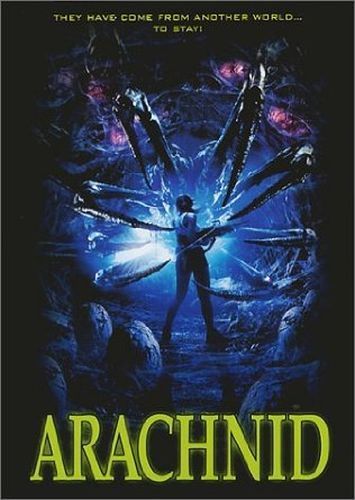 However Arachnid somehow went against the grain at the time and pulled off some damn inspiring practical monster effects by way of animatronics, stop motion and puppetry. It also doesn’t hurt that the movie was directed by Jack Sholder (Nightmare on Elm St. 2, The Hidden, Wishmaster) either. It’s clear he loves the genre and likely pushed for the old school 80’s style monster mash with Arachnid. 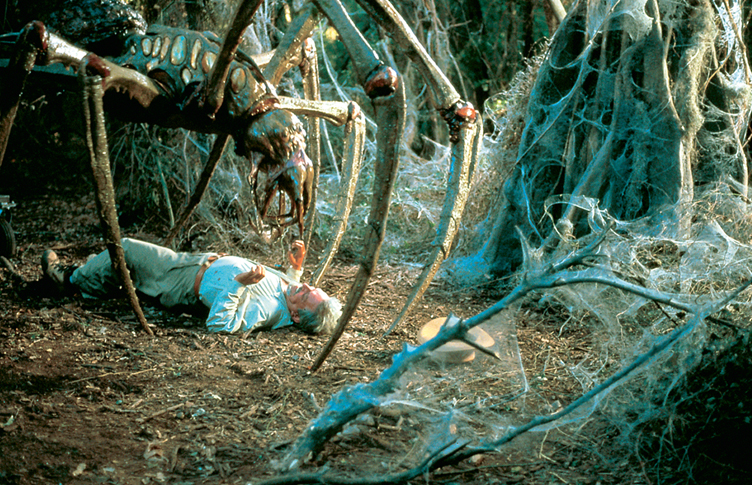 The movie takes us to an exotic island that’s infested with monster spiders and even a big spider snake hybrid. It’s basically a fight for survival as a group of people become trapped on the island after their plane crashes. It’s pretty light on plot but once the movie kicks into gear it really does feel like a campy 80’s creature feature.

This one is a cool little forgotten flick that over the years I ignored largely because I figured the effects were going to be a weaker version of the questionable CG of  Eight Legged Freaks, which hasn’t aged well. Arachnid though will deliver to anyone who’s a fan of the way monster movies were done back in the 70’s & 80’s! Track this one down, it’s available through Netflix on dvd too!