Yeah well that ain’t all Ihave to say about classics getting a sequel instead of a reboot-On a lower budget scale how about The Gate 3 with Stephen Dorff and Louis Tripp? Damn get these guys back together-and I don’t give a shit if it’s direct to dvd-it’d totally rule to get the Gate opened again. Perhaps Tripp’s character Terry could be a in a unsuccessful/successful metal band? Dorff could be a whiny bitch like he was in the amazing first film! I personally would LOVE to see this happen but it’s really wishful thinking…﻿and yeah that’s the whiny little kid now from the Gate below-not sure why he’s clutching his crotch like that with a towel-I bet if you added Louis Tripp to this picture though he’d be covering up pretty quickly! 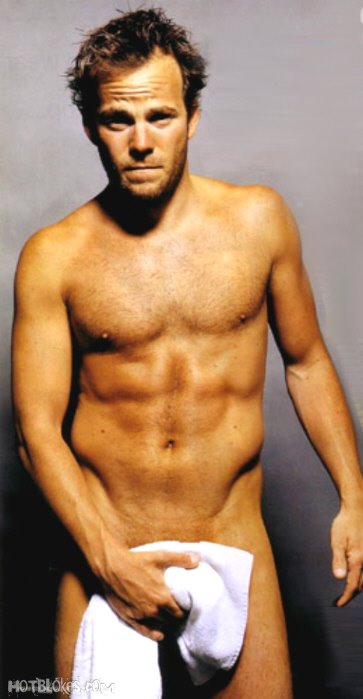 How about the Monster Squad 2? Come on! That’d be awesome! There could be a whole new group of kids with some new monsters! Or the adult team could be formed again by original star Andrew Gower facing a whole new group of Monsters??!! It’d be excellent-they as adults could face some more darker monsters based on Freddy, Jason, Mike Meyers and even Chucky for cryin’ out loud! The only good monster would once again be Frankenstien’s monster(duh)….Jeez I should be writing these scripts!!

Lastly I really do think it’s time that Peter Jackson moves back into some simpler territory and returns back to the horror genre someday, well after the Hobbit that is! Which could be a while! But seriously it’d be nice for him to come back to his roots with a “Dead Alive” sequel-how awesome would that be? Could he even make a movie as simple as that anymore? It’d probably be a bigger challenge now than something like The Hobbit. It could turn out horridly wrong. Perhaps his best choice would be to do a second chapter in The Frighteners?

It was on his plate a few years ago when he released it finally on dvd as the directors cut-He apparently wanted to see how much interest there was in the dvd release and was considering a sequel- it did however have a red flag on it already due to Michael J. Fox’s continuing battle with Parkinsons. But it seems to me that Fox has been doing better since then? Personally the fact that he was even considering it must have been inspiring to Fox himself. I would love to see a part two to that-especially now since he could do the CG effects so much better. I wonder if it could still be a possibility? I personally would love to see Frank Bannister on another supernatural exploit-wouldn’t you?