I’ve been looking forward to this new Nic Cage horror flick for a long time and the trailer for ‘Willy’s Wonderland’ has finally dropped. Sure like the 2019 ‘Banana Splits’ movie this one is essentially another version of the ‘Five Nights at Freddy’s’, which has been in developmental cinematic hell for years. ‘Banana Splits’ was pretty underwhelming, so I’ve been hoping that this Nic Cage lead film would get it right as I do quite love the idea of the creepy ‘Chuck E. Cheese/Showbiz Pizza’ style animatronic cartoon characters coming to life at night and causing bloody chaos. So yeah, we have Cage here hired as a handy man at a cursed amusement park where the “Five Nights at Freddy’s” scenario busts wide open. Check out this sweet poster! 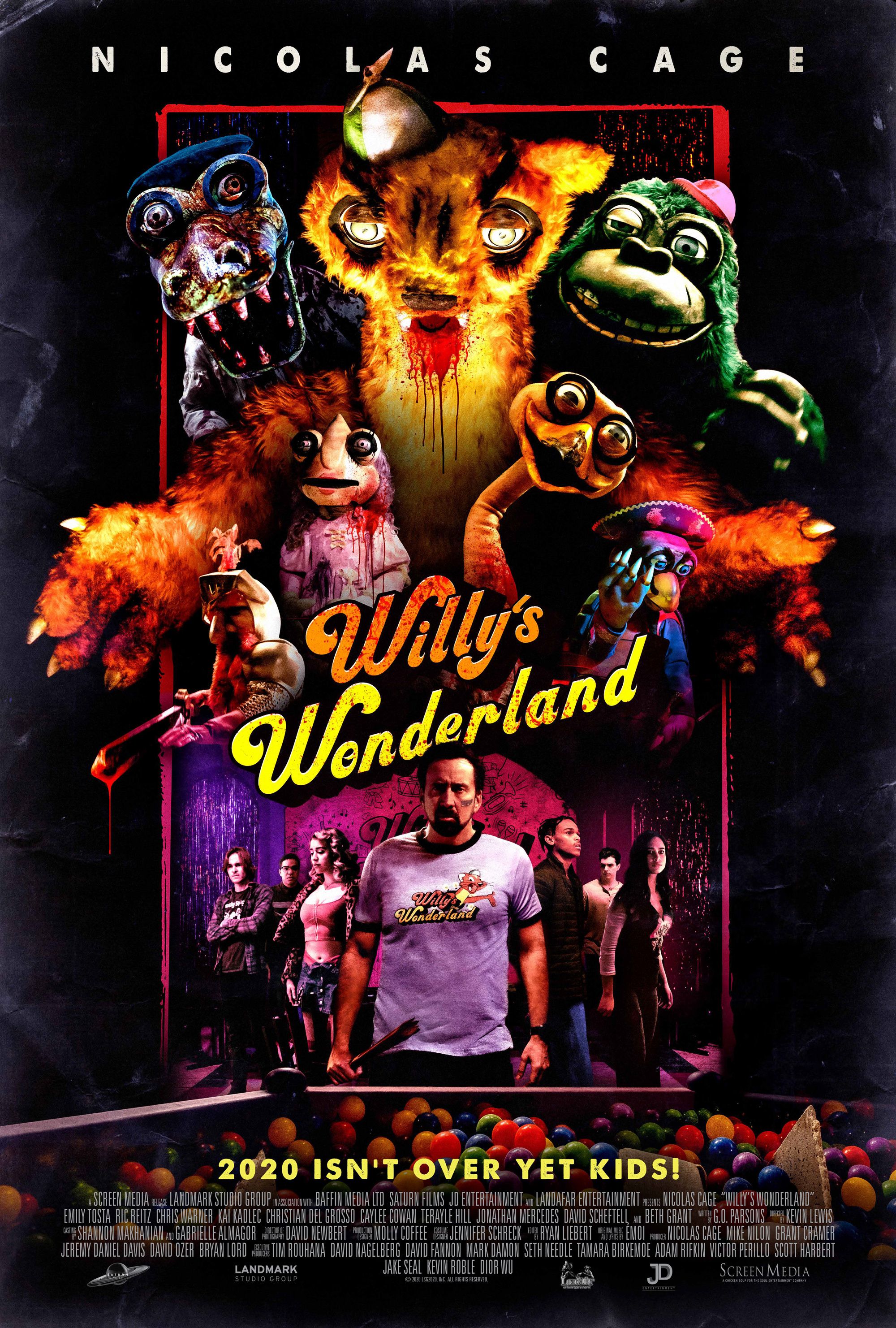 From the trailer I’ve gotta say I was a teensy bit let down, I know this isn’t academy award fare we’re dealing with, but after starring in the incredible ‘Mandy’ I’ve high hopes for Nic to return with another modern horror classic. This however, from the trailer at least looks kinda chintzy, reminds me of something Cage churns out quickly to pay his mound of back taxes rather than a quality B monster movie. Of course I’m checking it out when drops but I was hoping for a thicker atmosphere of spookiness and the general vibe of it all feels slightly like a flimsy Cage cash grab. Even the cinematography feels a bit cheap at this point. But hey I guess having high hopes for another ‘Five Nights at Freddy’s’ copycat should NOT have been that high! Dammit Cage please prove me wrong here! What do YOU think?!

If you wanna go down the animatronic cartoon character rabbit hole from way back in the day for some real chills check THIS out:

And this for the WHOLE history on the restaurants from yesteryear that inspired ‘Five Nights at Freddy’s’: