We all know that H.P. Lovecraft stories can be hard to translate to the big screen, but when I heard Richard Stanley was making his cinematic return with ‘Color Out of Space’ I was pretty damn excited to say the least. Stanley may not have the longest resume when it come to feature film but what he has done is pretty damn amazing. Both Hardware (1990) & DustDevil (1992) are lesser known horror gems & with ‘Color Out of Space’ it’s a complete and total return to form. Stanley also brings Nicolas Cage along for the ride, which after his fan fave performance in ‘Mandy’ has kinda given Cage his second coming as an even more beloved cinematic presence. Much like ‘Mandy’ there’s plenty of bizarre psychedelic imagery here to go around and a ton of visceral horror sequences that I guarantee will shock you.

Stanley seems to love a slow burn horror story and brings that approach once again, leaving us all with a twisted but beautiful spectacle to behold by the film’s final act. The story here is simple, one quiet evening an eerie glowing meteorite lands in the front yard of Nathan Gardner and his family’s Alpaca farm. They soon find themselves baffled by it’s effect on the plants & wildlife on property as well as their own suddenly strange behaviors. Soon it’s clear, a mutant extraterrestrial organism that infects their minds and bodies is roaming the woods at night & transforms their quiet rural life into the ultimate technicolor nightmare. 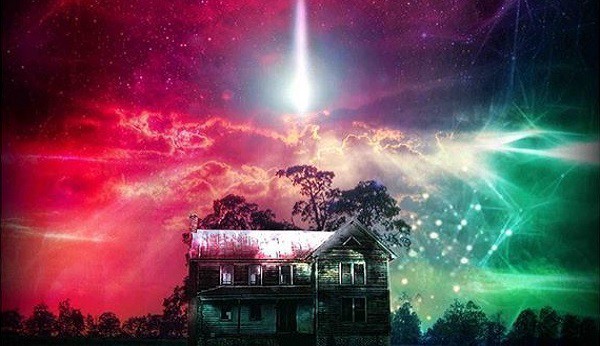 ‘Color Out of Space’ could easily go hand in hand with 2018’s ‘Annihilation’, clearly cut from the same cloth as both have no shortage of odd mutated creatures, tranquil but unsettling dreamy landscapes and a great cast of unique characters to enjoy as well. Cage shines once again in his role here as the typical cluelessly innocent father who slowly devolves into a state of confusion & madness. It’s a real treat to see him psychotically lose his shit over how special his Alpacas are. There’s also a surprise appearance by Tommy Chong, who plays the woodland hippie stoner who lives on the land near Cage’s farm. Some of the performances might have been a bit too hammy at times but for the most part the sense of dread in the air is thick, letting Stanley really thrive in creating lush dreamlike settings for us to get fully immersed & lost in.

Easily one of the best Lovecraftian films I’ve ever seen, not only for the atmosphere but also the unsettling monsters that naturally emerge in a Lovecraft story. It really does feel just like the meteor that drops in their lawn came from the same place as the strange “shimmer” in ‘Annihilation’. The creatures brought to life here are pretty amazing, reminding me of a bit at times of something you might see step out from the shadows of John Carpenter’s ‘The Thing”. The FX work was excellent as well, stunning cgi and grotesque practical effects brought to life some true monsters of nightmare. Never revealing too much and never shying away at the same moment, something Richard Stanley really knows how to balance so well in all of his movies so far. 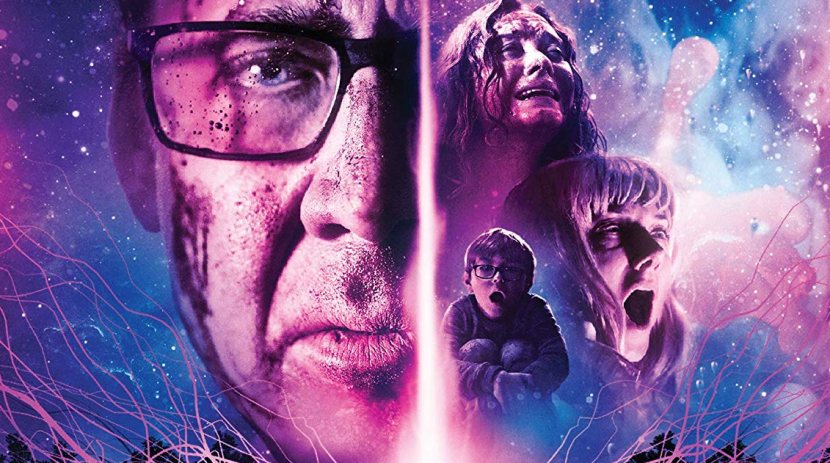 There’s one sequence near the ending which involves the mother and her young son that truly evolves into something utterly horrifying, unlike I’ve ever seen in a horror flick that’ll stick with you long after the credits role. Once the “color” from space truly lets itself loose all over the screen you’re treated with a real visual feast of a finale as well. That all being said I really enjoyed the hell out of this movie. In a sea of flimsy corporate crap that’s pumped out in the horror genre, ‘Color Out of Space’ is another stand out gem, coincidentally starring Nic Cage! If you dig Lovecraft, creature features or just weird mindbending horror in general check it out for sure, especially if it’s showing near you in the theater, for the ultimate experience!