The story was called “Wounded Wolf” and featured Lady Deathstrike’s first appearance as a super freaky ass cyborg as well as her three Reaver mercenary minions. It also featured Katie Powers from the mutant kid team ‘Power Pack’ who during a snow storm encounters Wolverine who’s beaten to a pulp, covered in blood and nearly naked. Soon the two of them are both on the run from Lady Deathstrike and her cyborgs who’re out for bloody revenge. It reminds of a Wolverine movie storyboard Ridley Scott might have anticipated directing in the 80’s.

It’s a beautifully drawn little tale by Barry Windsor Smith, undoubtedly some of his best work ever. It’s got a truly cinematic quality to it you rarely see in books today epitomizing everything that I used to love SO damn much about Wolverine and the X-Men back in the 80’s. Wolverine was still a misunderstood outcast who’d this time was running for his life, something you didn’t see very often back then. It’s also one of the most violent issues of X-Men I’ve ever seen. It’s a brutal as hell battle as Wolverine slices through cyborgs with bloody ferocity and was the one issue as a kid that really sold me forever on the character of Logan.

Lady Deathstrike is so visually imposing & frightening in this stand alone that this depiction of her just could never again quite be matched. When her and Wolverine face off it’s a visual feast of brutality. This issue for some reason pushed the envelope further than any X-title I’d seen up to that point and it’s a wonder that it was given approval by the Comics Code Authority back in 86′. 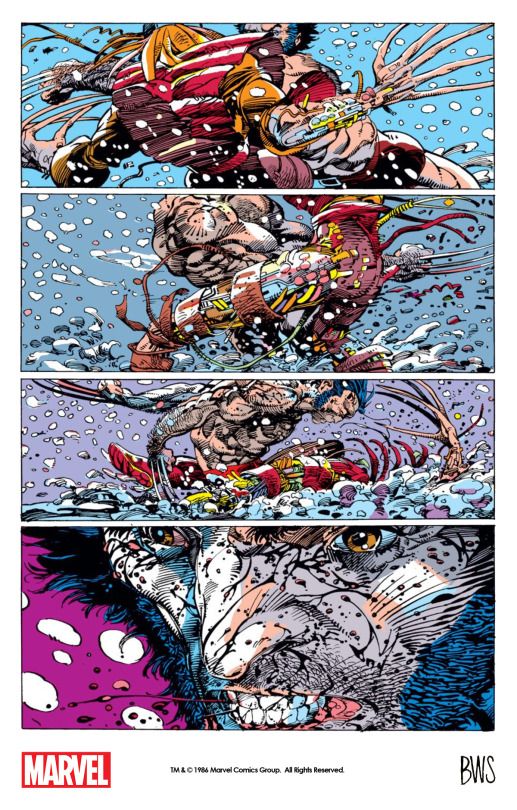 If you’re looking for a great back issue this is hands down worth the hunt and possibly one of the best Wolverine stories of all time. Yeah X-Men #205 is the shit and easily one of the best one shots you’re likely to ever read. Stories like this are what comic books these days have been missing…