I just heard the news that Paul Giamatti is in talks to play The Rhino in the next Spider-man film! As odd as this sounds, as Giamatti doesn’t strike me as a particularly brawny dude I can oddly see this working. Partially working because of his sheer enthusiasm for the character which he has gone on record several times stating how much he loves the villain. Not to mention he’s a downright awesome actor.

This news thrills me as The Rhino is easily one of my fave Spider-man / Hulk villains of all time. As a kid also I was a HUGE Rhino fan. What’s not to love about a giant hulking guy in Rhino suit grafted to his body who smashes anything in his path? I can already imagine Giamatti’s face peeping out of the cut out face hole of the suit. Can you picture it?

So though I wasn’t totally floored by Spider-man this news makes me pretty excited for this flick to start filming in Feb. They had better keep with the original design of the character though and not simply make him a man who transforms into a humanoid rhino hybrid. This way too maybe they could bring Giamatti on board to take on The Hulk when they decide to give the green guy another movie of his own! This is exciting news and the kid in me just pee’d my pants! 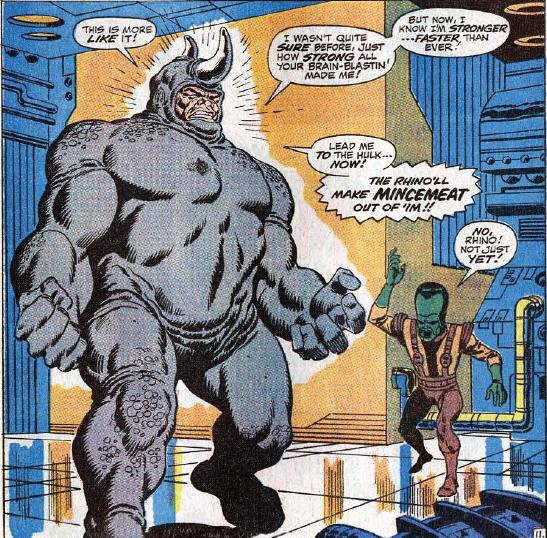 Put The Leader & The Rhino up against The Incredible Hulk in the next film!