So the big news is finally out!! Superhero fans all over the world are ecstatic today as Marvel announces their next big blockbuster superhero movie! Luke Cage?! Nope! Doctor Strange?! NADA! Daredevil?! Na! Moon Knight?! Not even close! People Marvel is giving you……..THE HUMAN FLY?!!! Yep!! 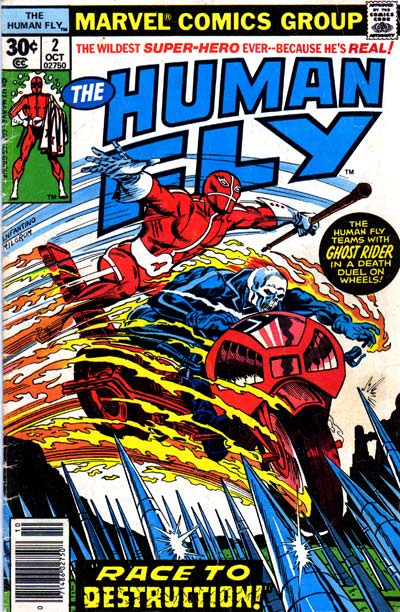 Who?! That dude from the 1970’s? The stunt man guy? The series that had a total of 19 full issues! Yeah this Marvel Character was around for a few years, he was a stunt driver who was badly injured in a car crash and he was given a steel skeleton by doctors. He then did wild stunts for charity events but had run ins with super villains who often times tried to rob them. He even went toe to toe with Spider-man! As this is an odd choice for a flick I am curious what led them to choose this character? Alan Brewer and Steven Goldmann picked up the reverted rights on the property recently. Eisenberg-Fisher Productions, which is based on the Paramount lot, will executive produce the proposed indie flick. I wonder if Sam Jackson will appear after the credits to recruit The Human Fly? Hmm…..not likely!

So now that I know Marvel’s new strategy of movie making I have a few suggestions for you true believers in Hollywood! You heard it here first folks here are my predictions for the next Marvel Superhero blockbusters! Since they are obviously pumped about making The Human Fly how about…

Why the HELL not?! Listen up Marvel these two are way more fly than The Human Fly! Remember how fucking popular Jurassic Park was?! Ever heard of a movie called Encino Man?!! Moon-Boy is the first god damn human ever! This duo will surely rule the silver screen. Seriously if you wanna cash in make this damn movie! 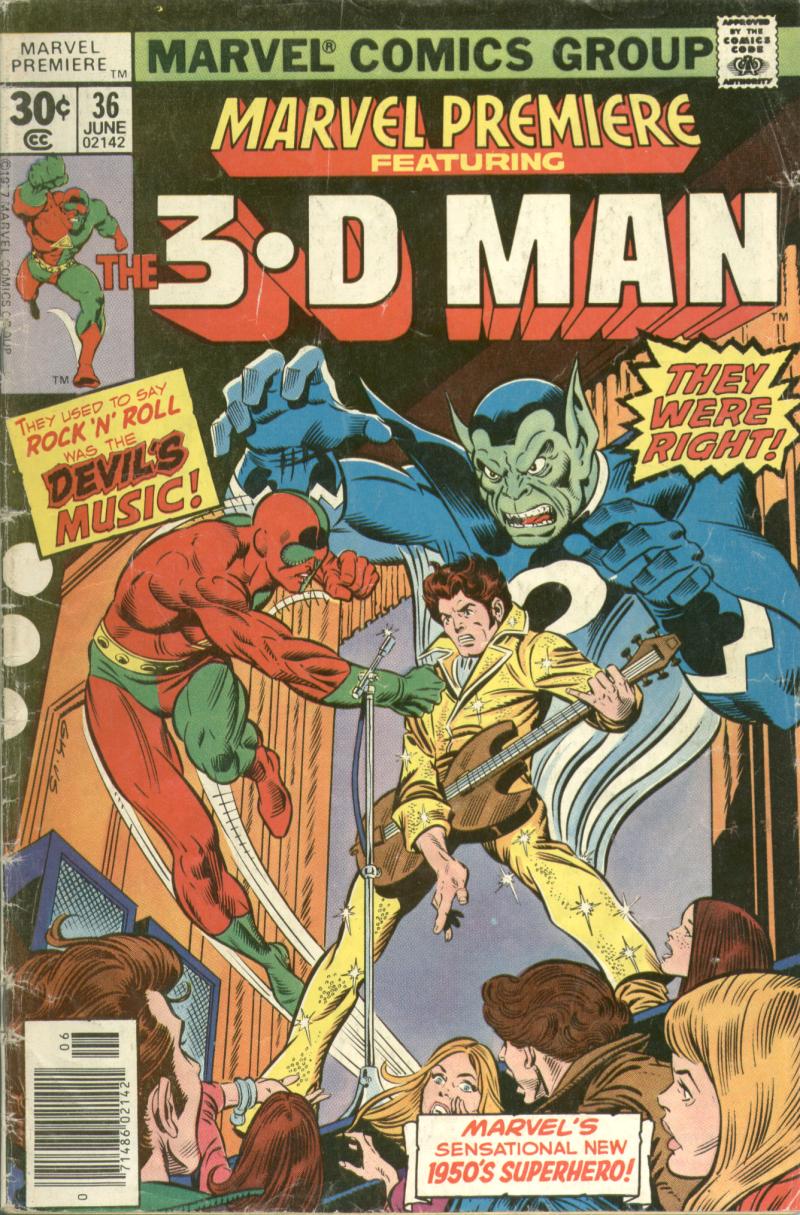 Yet another 1970’s superhero who’s like ten times as cool as The Human Fly! Marvel let me let you all in on a little secret you may not have caught onto yet…3-D movies are all the damn rage these days!!! Now you have a superhero who’s literally “3-D”! Imagine this “3-D Man in 3-D”!!! Win Win situation! Oh and I highly advise basing the movie on the issue shown above! That is if you really wanna cash cow…

Ok, ok I got more Marvel…since you skipped Giant-man for The Avengers movie you might as well get on this one asap…BLACK GOLIATH!

Yeah I love this character! He’s easily one of the coolest african american superheroes ever! Forget The Black Panther or Luke cage Dr. Bill Foster is the biggest man on the block and once again way more rad than The Human Fly! He’d stop him at the box office like a fly for sure!

Just skip Doctor Strange and get this movie made! Add some vampires, zombies and lots of fucking Voodoo mayhem! Brother Voodoo kicks The Human Fly’s ass in every way possible! This one is a no brainer just do it already! 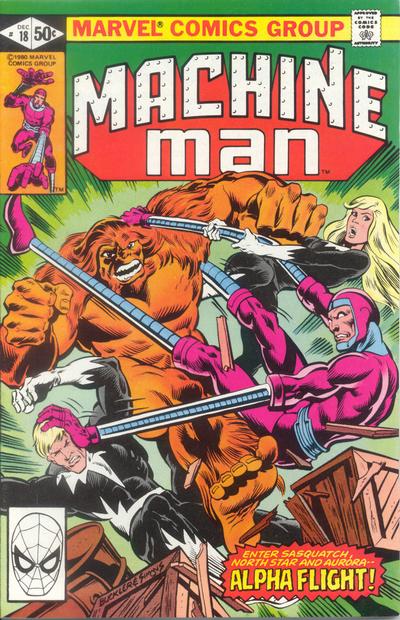 Yes! Seriously Machine Man is one of the coolest Marvel Characters out there! Aaron Stack is his name and way back in 1977 he was introduced into the Marvel Universe. He’s got a kinda Pinnochio type story as he was raised as a human by his creator Abel Stack. He’s made his way as supporting character in the most recent “Hulk” comics which follow Thunderbolt Ross and his alter ego the mustache-less Red Hulk. This guy is like one hundred times as bad ass as The Human Fly!! So why not? People are obviously into the Transformer movies for some reason so imagine Mr. Stack on the big screen! Win!!! P.s. Please note above Northstar on the cover of Machine Man…he has blonde Hair! What gives?!