This has been bothering me for sometime now, even though I am super pumped at the fact that Joss Whedon is directing The Avengers movie, yet massively bummed that Edward Norton won’t be returning as The Hulk, it all seems to be coming together nicely for one damn epic event! Except for 0ne thing-there has been no mention of Giant Man being featured in the film!

There has been documentation of Whedon saying that Ant-man won’t be in the movie and no mention of Hank Pym being in the flick…so what gives?? Well according to Production Weekly it appears from their listed synopsis that Ant-man and the Wasp may actually get screen time after all. 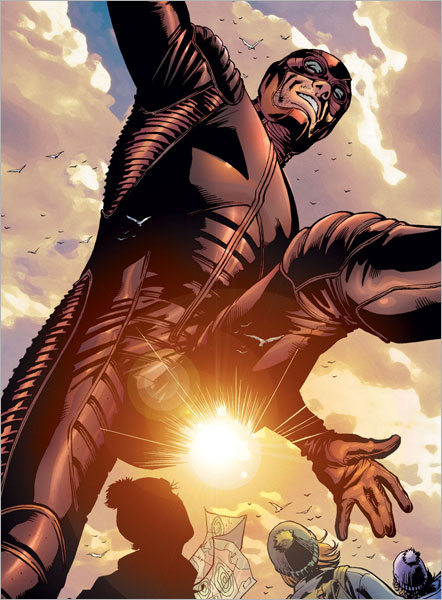 Though this is fine and dandy with what I really do want to see is that epic cinematic scene from the Ultimates where they battle the Hulk in Manhattan-and the best thing about that battle is Giant Man!! Whedon must know this-hell Whedon must know first off that Giant Man is probably the coolest Avenger of them all-even if Pym is pretty much a total douche bag!

Well Joss I hope you re-read the Ultimates and realize in order to make this movie truely amazing you need to include this character-in reality I’m sure he’s probably just trying to get dorks like myself’s underwear in bundle. Oh yeah one more thing make sure you give ol’ Giant Man his old costume too!!