Let’s face it Wendigo is one of the coolest Marvel Comics characters ever and X-men # 140 from 1980 is probably the BEST portrayal of him as being drawn by John Byrne. Not only is the cover to this comic 100% classic but the whole story is just damn awesome. The real story starts in X-men # 139 as Wolverine and Nightcrawler head off to Canada to help none other than Alpha Flight take down the vicious beast. I miss simple storylines like this one which features them all shacking up in a cabin in the woods together. This is one of the classic Claremont/Byrne isssues and may be a bit pricy in it’s original form-but it can be found reprinted several different places-Long live WEN-DI-GO! 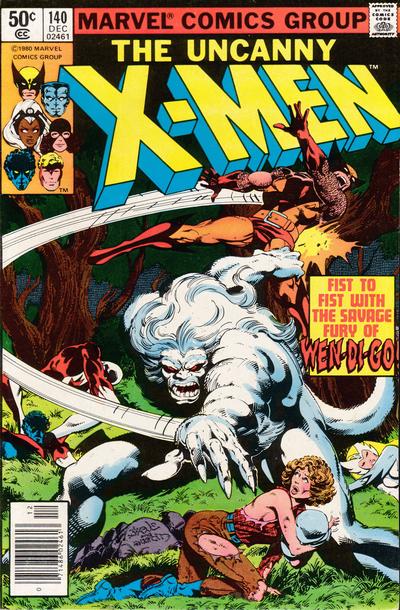