Well it’s good tohave some movies to look forward to that you’re turely pumped about! It seems that there hasn’t been much out there in the way of fantasy flicks to to get really excited about. Epecially since Clash of the Titans turned out to be such a disappointment and the recent news of Del Toro leaving The Hobbit high and dry has been a pretty big blow of disappointment. But fear not! There’s another movie I think fantasy fans should get pretty stoked on! 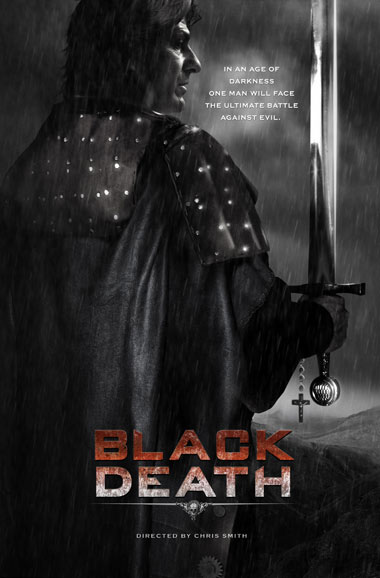 The Black Death is an upcoming supernatural thriller set during the times of the black plague as a band of warriors led by a monk quest a sorceror who’s rumored to be able to bring the dead back to life. The film also stars Sean Bean in the lead roll of a fearless knight named Ulric. Yeah who’s more perfect for a midievil adventure than the man who played Boromir in The Lord of the Rings?! So far I’m not sure just how set in pure fantasy this movie will be but it does sound like a truely intriguing idea. However so far this movie has no release date in the United States but it’s slated for release this week in the UK.