The rumors are flying that the Red Skull has potentially been cast! But these seem a little more so confirmed than just rumors as Hugo Weaving is in serious talks to play the iconic super villain in the upcoming Captain America movie. It seems that several sources tonight have reported that Weaving will don the red skull upon his head. this is what The Hollywood Reporter had to say about it: 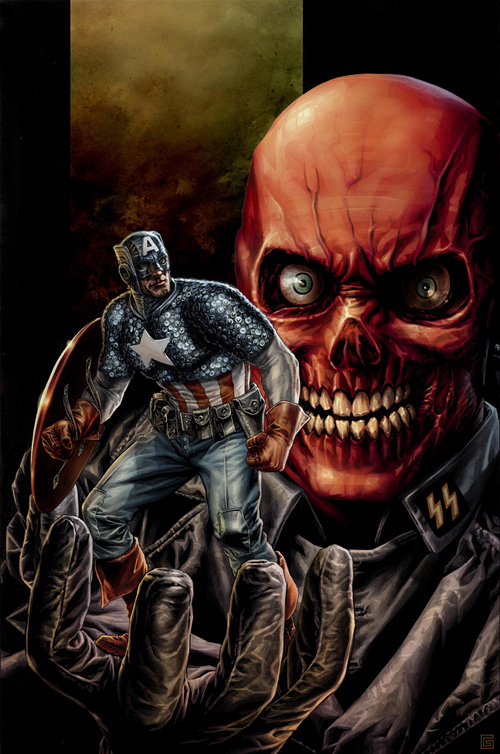 “The dealmaking with Weaving is in a delicate stage that will play out in the next day or so. Agencies grouse that Marvel plays hardball in the negotiating process and also demands multi-movie commitments, though the latter usually applies to actors playing its heroes. 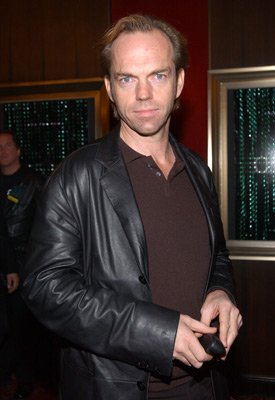 If a deal happens, it would reunite the actor with Johnston, with whom he worked in the recent horror thriller “The Wolfman.” The CAA-repped Weaving already is known to genre fans as bad guy Agent Smith of the “Matrix” movies and elf ruler Elrond of the “Lord of the Rings” trilogy.” 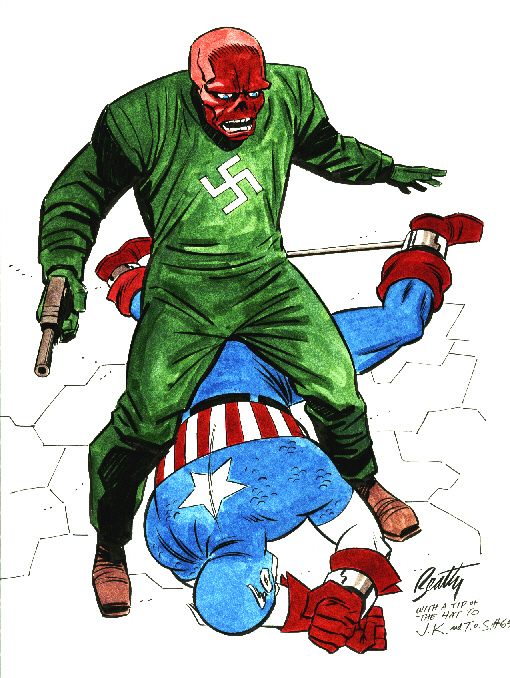 I think this is a great choice for the Red Skull! Much better than Scott Paulin who played the for some reason the “Italian Red Skull” in the laughable 1990 Captain America movie. Let’s hope the deal gets inked, they create a Red Skull Mask this time that actually resembles…a skull and we get a good Cap as well as some cool people cast as The Invaders!