So one reason it’s fun to be a blogger is because there’s always that slight chance something you write about could ignite a spark on a certain topic, and one thing I’ve been hoping forever is that we’ll some day get an ‘Alpha Flight’ movie! Some of you all might be asking who the hell is Alpha Flight? Well let me just start off by saying they at one time had much more notoriety in the Marvel Universe than The Guardians of the Galaxy! So as far as Marvel movies go anything is possible, I mean I never thought we’d get TWO damn Ant-man movies either! For those who may not know, Alpha Flight is a Canada’s answer to the X-men & The Avengers, who made their first appearance 40 years ago in X-men #120. 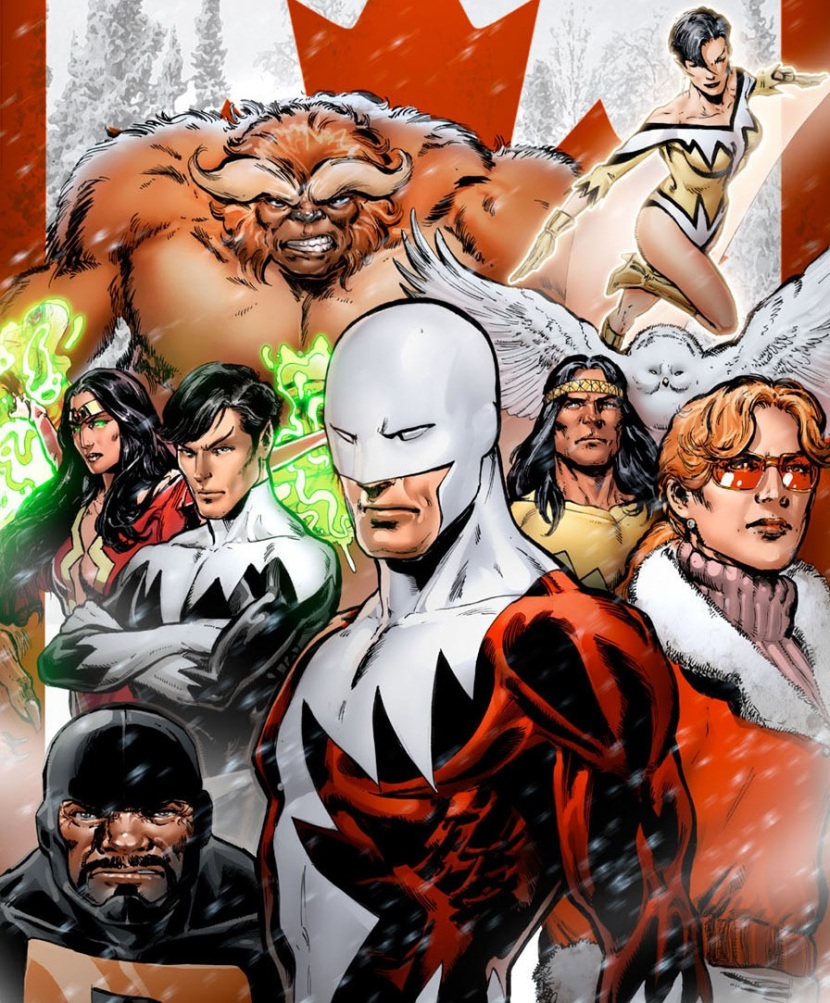 Wolverine was originally set to be the team’s leader, which led to them having a heavy presence in the X-universe & throughout the years they’ve had their own Marvel comic book series several times throughout the last 4 decades with varying degrees of success. Well I think now’s the time to tell the team’s story on the big screen & I’m certain if they did it right it’d be next the big thing in the MCU, not convinced? Well here are 6 reasons why Marvel’s gotta jump on the chance sooner than later!!

1. Diversity of the Team

Ok so it’s clear that diversity in comic book movies is a topic that’s endlessly being discussed today. It just so happens that they have always been one of the most naturally diverse in the Marvel Universe. From iconic native characters like Shaman and his daughter Talisman, to Eugene ‘Puck’ Judd being a ‘little’ person, to Marrina being a bizarre race of fish creature and Northstar being a gay man, the team undeniably has a lot of interesting characters within it’s ranks. Half have been made up of women and Heather Hudson also known as ‘Vindicator’ stepped in as the team’s leader for over half of the teams comic book existence. They’d easily translate to the big screen in a unique way and I think they’ve got a lot to offer in a way audiences haven’t seen before on the big screen! 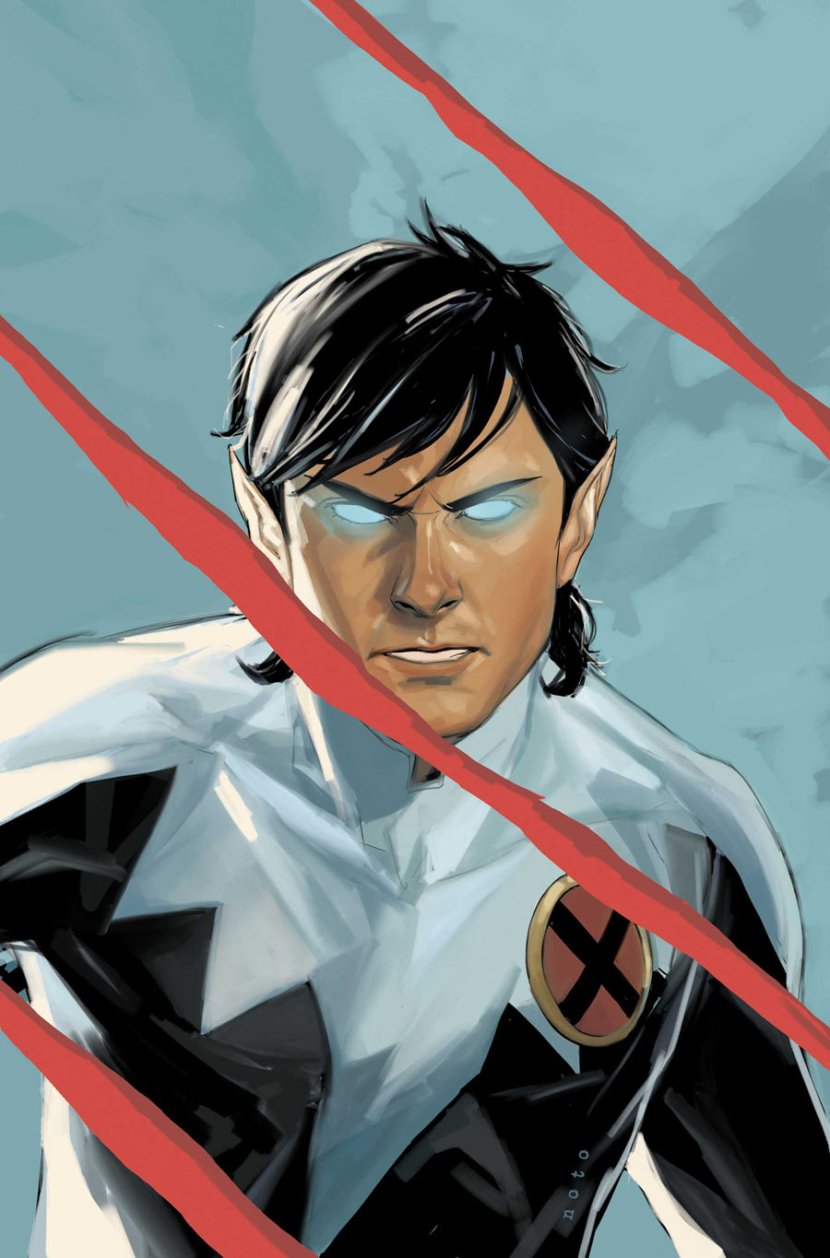 This leads me to my second point as recently I’ve seen that Marvel was looking to introduce the first openly gay superhero. Well good thing for Alpha Flight, they had the very first mainstream gay superhero, Jean-Paul Beaubier aka ‘Northstar’. Though it wasn’t openly stated in the team’s first series from 1983 it was clear to see the angle of the character presented there. Nearly ten years later in 1992 Northstar officially came out as gay to the public making mainstream headlines and then in 2012 again when the first gay superhero wedding took place prominently in ‘Astonishing X-men’ #51. His husband being Kyle Jinadu, a black man, was also notable in featuring a natural diversity within the now iconic superhero storyline.

The character has broken down barriers time and time again in comic book history and if any gay superhero makes it to the silver screen it surely should be Northstar. With all of his sexual identity to the side, the character has always been an interesting one, with one of the biggest attitudes in Marvel comics ranks he’s also got a twin sister “Aurora” whom he’s incredibly protective of. Their relationship has gone through a lot of intriguing states of turmoil as well, especially when it comes to her choices of people she chooses to date. Northstar in general is just a super badass character, possessing the ability to travel at superhuman speeds, fly, and project photon energy blasts. His twin sister, Aurora also possesses similar abilities. He automatically makes the team that much more interesting without even trying.

With the undeniable success of ‘Captain Marvel’ in theaters it’s good to note that in the current comic book series most of the original Alpha Flight have been appearing as supporting characters. In this version of the team they’re part of the Alpha Flight Space program that works directly with Captain Marvel to guard the earth from intergalactic threats. This might not be the version of the team that I’d initially want to see on the big screen, but the fact that the characters have been featured as major characters in the Captain Marvel series definitely make it much more likely that they could very well be featured in some capacity in an MCU movie of their own and could eventually team up with her at a later time. 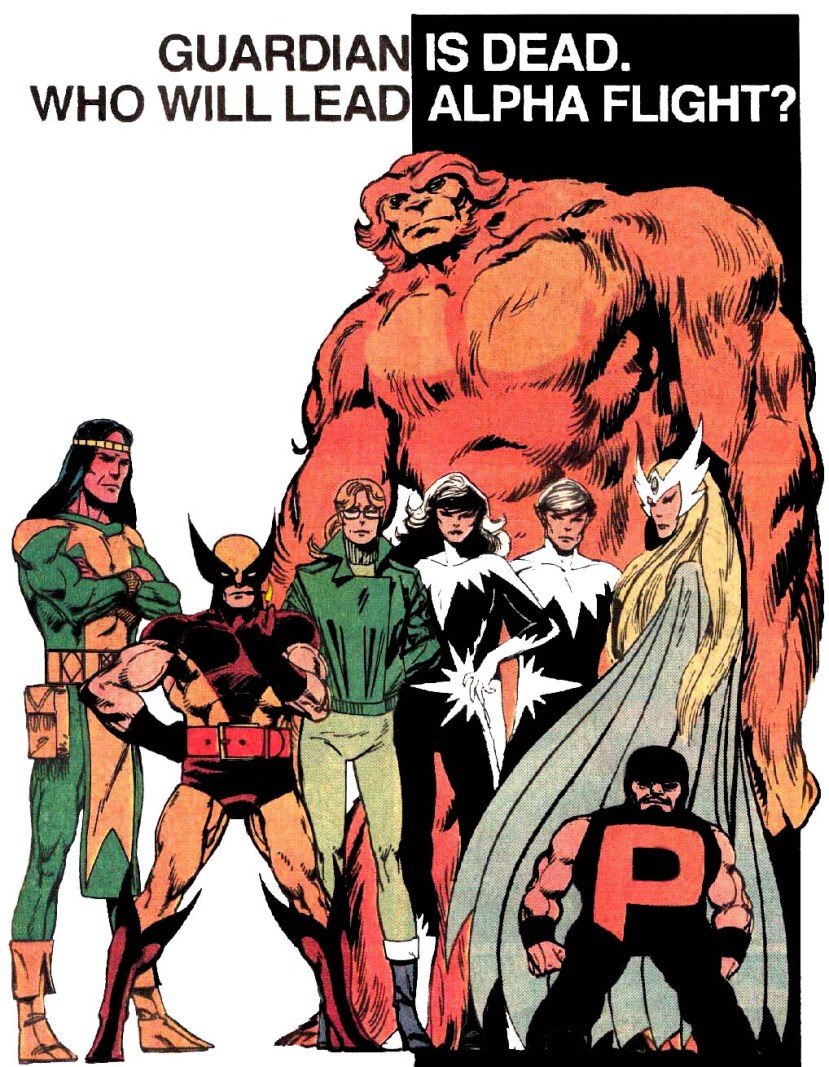 One of my favorite things about Alpha Flight is the the first run of the series by John Byrne in the early 80’s, which is full of dramatic twists and turns. You’ve got a lot of inner turmoil within the group coming from from all angles but most heartbreaking and shocking is what happens in issue #12, when the team’s leader, James Hudson aka ‘Guardian’ is targeted by a team of crazed super villains called The Omega Flight. The battle ends with him fighting for his life and ultimately dying when his battered cybernetic suit malfunctions and explodes, leaving him nothing more than a small burning pile of ash. His widow Heather, struggles hard with the loss but eventually goes on to don a similar suit her husband once wore in his honor, becoming not only a first time superhero but the new leader of Alpha Flight. This arc would be the perfect story line for the first movie to focus on, delivering a powerfully dramatic finale and then a new era as Heather decides to take the mantle of her husband and lead the team. Ok so what a lot of people don’t realize is that Alpha Fight is huge part of Wolverine’s back story. Team leaders Heather & James Macdonald Hudson were the ones who happened upon Wolverine when he was in his crazed feral state after escaping from the Weapon X facility. They took him in and helped him come to terms with his mutant powers and animalistic confusion. As time passed he even was appointed leader of Alpha Flight & went on to train some of their future recruits. 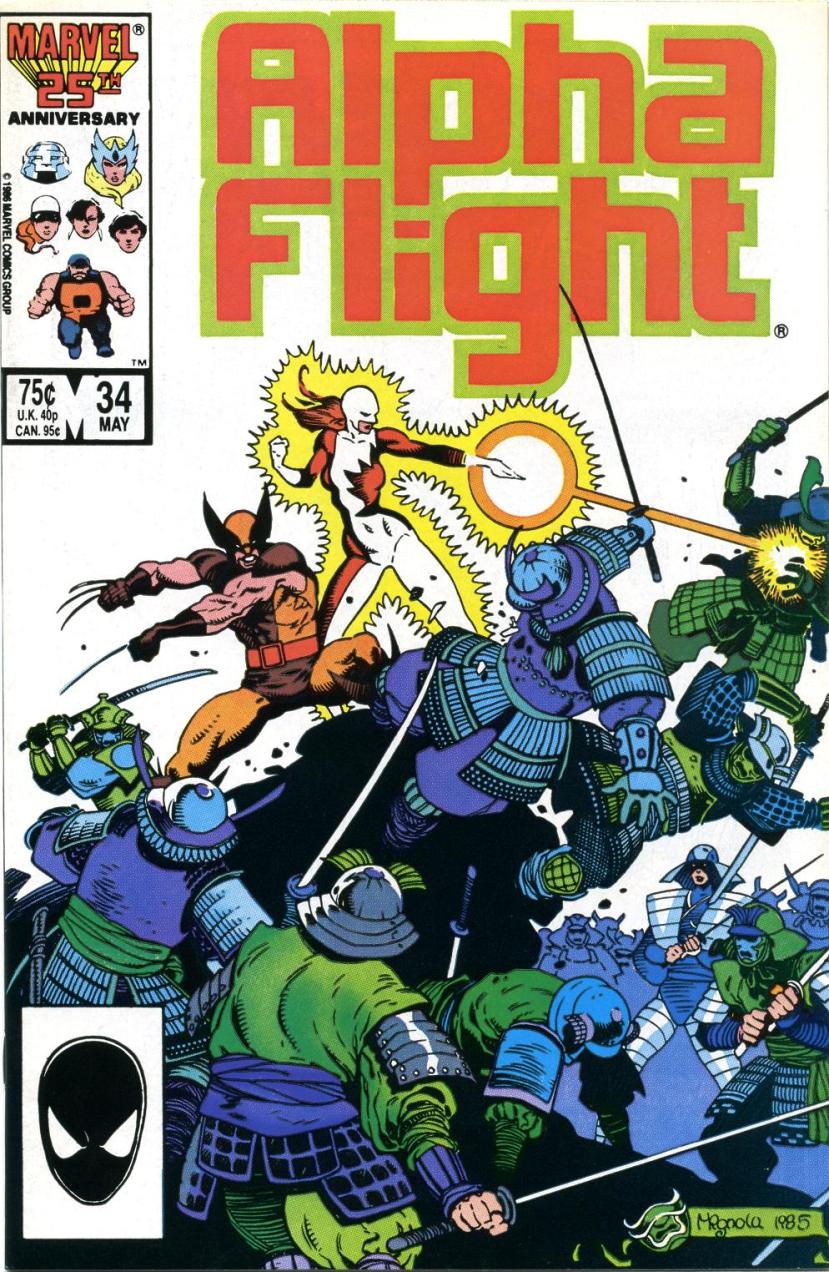 The teams first appearance in the comics was on a mission to actually bring Wolverine back to Canada and this erupted into a legendary scuffle in the comics. Alpha Flight could be a great vehicle to re-introduce Wolverine into the MCU and see a side of the character’s past yet to be put on screen. Imagine at the end of the Alpha Flight movie Heather Hudson coming across a wild feral re-cast MCU version of Wolverine in the midst of a snow storm, now that’d be a great end credits sequence!

Ok lastly can you imagine how awesome this member of Alpha Flight would be on the big screen? ’nuff said!