I finally got around to checking out Kevin Smith’s horror podcast inspired movie “Tusk”. I have been looking forward to seeing it for a while now, but unfortunately this one doesn’t live up to the hype. Nope, what we have here is Kevin Smith’s “wacky” idea of a movie inspired by one of his “wacky” podcast episodes. I guess I really wonder why he’d waste the time to make such a shitty movie? Did the idea really sound that awesome on his podcast? I know it’s supposed to be like the Kevin Smith version of Human Centipede but this movie really didn’t need to be made. It was boring, it’s plot was generic, it’s characters were not likable in the least and it wasn’t funny or for that matter scary. Hell Johnny Depp couldn’t even save this one, in fact Depp’s character made the movie even worse!! Spoilers Ahead be WARNED!

So we have a hotshot podcaster played by Justin Long and his wisecracking nerd hipster buddy Haley Joel Osment who are supposed internet celebrities with their “clever” named website “The Not See Party”. Get it?!! Duh…They interview strange people and post viral videos that star these odd people basically making fools of themselves. So justin Long’s character goes on a trip to Canada and ends up randomly meeting an odd old man from a flyer he finds hanging on a wall in a dive bar. He goes to the creepy home of the man and listens to him blabber on about his unbelievable (stupid) stories at sea and his totally idiotic story of a walrus saving his life on a desert island. Then Justin Long realizes his tea has been drugged and passes out. This is where things are supposed to get “intense” when we realize the old man is obsessed with that walrus that saved his dumb life! Yep like Human Centipede he decides to transform Long into a big ol’ walrus. Shocking right? Hardly! 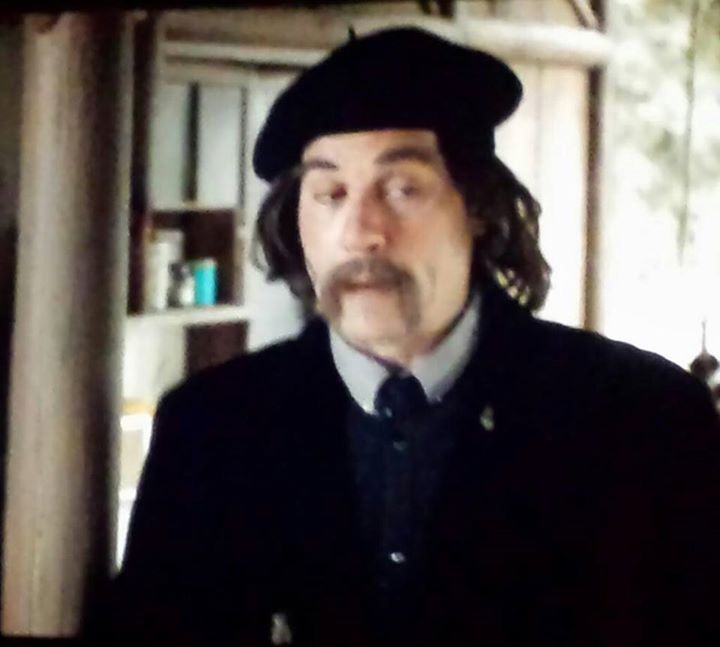 Johnny Depp wouldn’t attach his name to this movie even though he stars in it…hmm…I wonder why?!

On top of that we get some kinda lame side story with a “Kevin Smith-y” type love triangle going on that I honestly could’t care less about as all the characters in the movie are pretty uninteresting & annoying. Then we get an another pointless, irritating character showing up, Johnny Depp in heavy make up flashing some truly cringeworthy acting. The rest of the flick is just one big dumb pile of crap. We get an uneven story with bunch of idiotic scenes of Justin Long “arping” around in a big walrus suit, eating fish, and fighting his captor in a walrus battle. All of this shit is supposed to be clever and funny but it’s really just well…boring. I feel like I lost some brain cells watching this one and the surprise ending is just as dumb as you might expect. It tries hard to make some witty sense of this big stupid pile of horse shit of a film.

I have a love/hate relationship with Kevin Smith he has made a few ok films but for the most part I just don’t think he’s all that funny. This was most definitely his worst movie, which I’d call a gigantic waste of time for all those involved and all those who’ve watched. Please Mr. Smith don’t make anymore podcast inspired movies. I am now officially not excited to see Kevin Smith’s Krampus flick…