I was having a flashback today of one of my favorite toy lines of all time! Hasbro’s Super Joe!!! Yeah Super Joe Adventure Team was the absolute shit back in the late 1970’s, I owned these as a kid and they still remain some of the most cool toys of time in my opinion. Ok so I may be a bit partial because of the nostalgia factor, but you gotta admit they are some pretty rad vintage action figures! 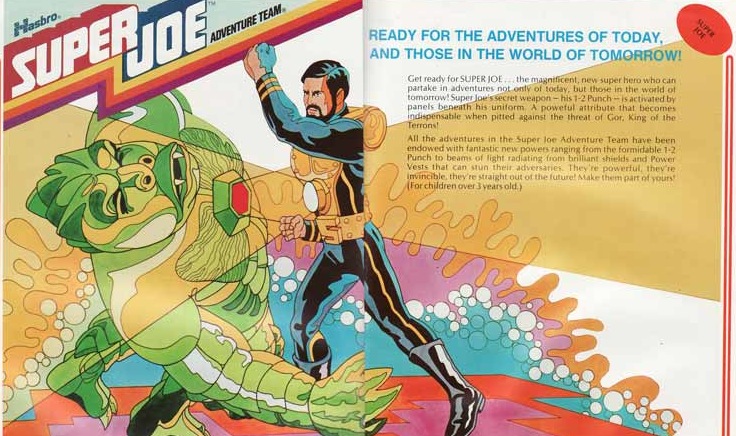 I still have Terron back in storage at my parents house. Super Joe could stop the monster reptile Terron in his tracks by shining a light at him, it perplexed and amazed me back then and still does! Don’t even get me started on how in love I was with Gor! So in honor of these awesome action figures, here’s some cool pics I found and some commercials from 1977/78!

Terron! I made him fight my Giant Godzilla all the time too, those were some epic battles!!