I just wanted to post a couple videos from ADI, they are an effects studio that specializes in hands on practical effects. Their work never ceases to amaze me. Today they are still pushing the bar with their makeup and animatronics, which I hope more people take notice of. I’ve heard recently that most movies today are made to look like video games, as so many kids expect their movies to look that way and that glossy shiny video gamey look may actually be intentional. There’s a time and a place for both styles of fx, practical and CG and when they are used together it’s often times has created the best moments in cinema. 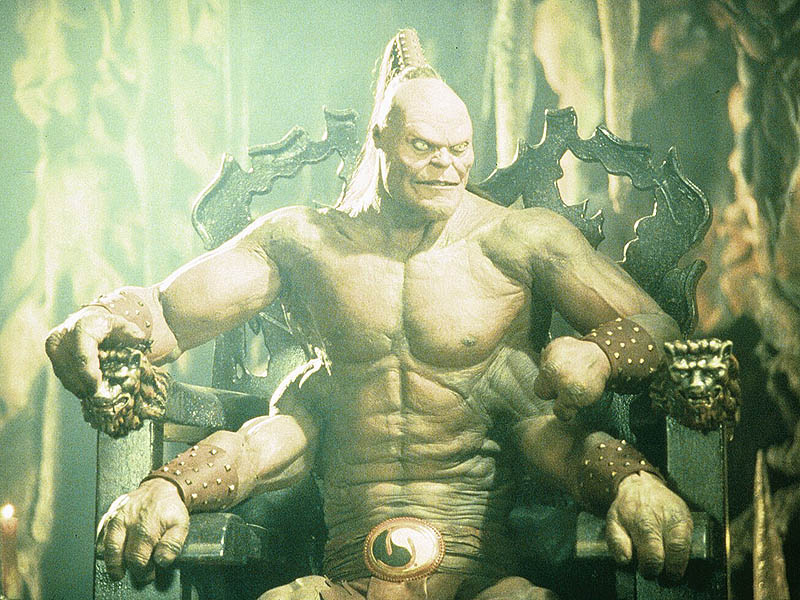 But for movies today ADI is pretty much the best at what they do. They’ve done a ton of work on some great films, the biggest controversy was all of the special effects they did for the prequel to “The Thing” which ended up a box office flop. The work they did for the film was replaced with shoddy CGI and this outraged the real fans of the iconic 1982 masterpeice. Had they used the ADI versions the prequel would have been the perfect companion piece to that movie. I just watched a great mini episode of Fangoria’s Blood & Guts with Anthrax’s own Scott Ian and it was worth posting again here.

It just goes to show you that these type of effects aren’t dead and in many cases to this day are better than CG. It also reminded me of how rad the monster design was for Goro from the campy  Mortal Kombat. Seeing stuff like that done over fifteen years ago makes me wonder why they chose to go fully CG on characters like The Incredible Hulk. Well I guess I am going to have to at least watch Mortal Kombat again! I recommend subscribing to their Youtube channel, there;s some amazing stuff on there!!!

Also any chance I get I love to show this Green Goblin they were working on for the Raimi Spider-man movie. A total shame they didn’t go with it, however my bet is that in the newest reboot of The Amazing Spider-man, The Green Goblin will most likely appear in the third movie-Hollywood don’t blow it get ADI to design his look!!!