Hey folks, its Chris “Optional” Gray here bringing you a guest piece for Universal Dork. This blog was promised to Mr. Saturday long ago, and much like the topic this blog is covering there have been many set backs, production delays, casting issues, wardrobe disputes, you know, the typical things that can go wrong with writing a blog. My original idea was to compare and contrast the film making efforts between Marvel and DC, but that subject is for another time and day.Today we will be focusing on the Man of Steel himself, Superman and his adventures on the silver screen. 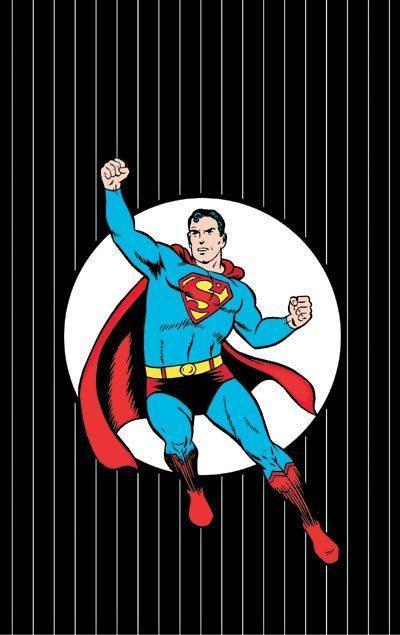 The first time Superman was brought to the big screen was in 1941 with the Fleischer Studios animated shorts, bringing the Caped Crusader to life for the first time. These shorts are absolute classics and have endured the test of time so much to be readily available on Netflix for your viewing pleasure.They perfectly capture the Superman of that early era.They feel like your reading a short comic in a newspaper fun,fast and a feast for the eyes especially if you love old animation.

The next time Superman graced the screen was in 1948 when Alan Kyrk starred in the theatrical series, which were very similar in style to George Reeve’s later television series. Unfortunately, Kyrk really lacked any kind of screen presence to pull off the roles of Superman and Clark Kent. The most entertaining aspect of the shorts comes from the lack of budget that prevented them from actually showing Kyrk take flight, those segments had to be animated which while distracting is still very entertaining. It makes even the worst modern day CGI look glorious in comparison, but the shorts still come off as enjoyable.

Now we come to George Reeve’s debut as Superman in the little known B-Movie Superman and The Molemen, not one of the more creative titles to choose from. Personally I have never seen it in its entirety, but from what I have viewed it really feels like a long episode of his television series, which isn’t a bad thing if you were a fan of the show. George Reeves really made you believe he was these characters, he was able to really bring Superman into the hearts of the public. It’s upsetting that we were never treated to the Superman film that we know he was capable of doing.

Onward to 1978, and the most iconic adaptation to date. With Director Richard Donner, a screenplay from Godfather creator Mario Puzo, a score from John Williams and big name actors such as Marlon Brando and Gene Hackman, Superman was finally given the grand treatment he had always deserved. Hollywood casting struck gold when they placed the suit onto Christopher Reeve. I could go on all day on just how perfect he was for this role. Even in the later films which weren’t as spectacular his performance never faltered, he was never weak in the role even though the scripts were. Reeve and Margot Kidder had amazing chemistry on screen, and I believe that he will always be the ideal Superman. No matter who dons the cape and tights after him, Christopher Reeve will always be the People’s Champ.

We arrive at 2006 with Bryan Singer’s very underrated Superman Returns. Singer was given free reign to give us what he wanted, a tribute to the original Donner films and give the fans the Superman III we should have received. This movie is very under appreciated, but people don’t truly realize some of the bullets we dodged in the 19 year time it took to get Superman back on screen. From the terrible Kevin Smith script that he himself has admitted was “an abortion” to Tim Burton trying to put Nicolas Cage in the iconic suit, which is a place Cage should stay far away from. His costume design looked like a cross between Edward Scisscorhands and The Man of Steel. Finally there’s Brandon Routh, loved by many, but fell flat for a lot of others in the roles of Clark Kent and Superman. Personally, I believe he was the perfect man for the time, and if you are going for a Donner style Superman, Routh was the man for the job. He had the magic, but sadly, his Lois Lane, Kate Bosworth fell short. Her role as Lois was completely unlikable and insincere. I still think Bryan Singer and Brandon Routh should have been given one more chance, because Singer has said that the difference between Superman Returns and his next film would have been like the difference between Star Trek : The Motion Picture and Star Trek : The Wrath of Khan, much like he did with X-Men and X-Men 2.

Finally, unless you have been living under a rock and haven’t seen the Dark Knight Rises or even looked on Youtube to take a peek at the upcoming team up of Producer Chris Nolan and Director Zack Snyder are going to offer us, Superman : The Man of Steel, then do it. Univesal Dork’s very own Mr. Saturday has questioned whether we need a “dark” Superman film or not. While I believe that is a valid question, I don’t believe we are getting necessarily a darker Superman, but a deeper Superman. What I got from the trailer was that we are going to get a good feel on what a burden to bare it would be to have God-like abilities. We get two very contrasting viewpoints in the trailers, one where his birth father Jor-El tells him that his greatness will bring humanity to their best. The other, with Pa Kent, tells Clark that it isn’t really set in stone what he will be, that choice is up to him, but, the decision he makes will have an impact on the world. I don’t think this is a darker tone, its taking Superman to a place where they have never gone before, to really be concious of the decision to dedicate your life to being the savior of the Earth.

I have told Mr. Saturday I have some insider knowledge on the movie . I was lucky enough to view the extended trailer shown at Comic Con, and all I have to say is wow. This is going to be the Superman film that everyone has been waiting for. One of the big complaints about Superman Returns was that he never threw a punch, well I can definitely tell you folks, Superman deals some hefty blows. Various scenes of him flying and fighting, getting thrown into a vault and getting right back into the fight and showing us Superman action that has only been seen in comic books. The tone of the film doesn’t have that Nolan feel to it, but looks like it will be bright and spectacular. The quick shot of Lois and Superman had more chemistry than Routh and Bosworth had in the entirety of Superman Returns. I think after May 2013, this movie will have kids running around with blankets and towels around their necks, like they did in the 50s and we did in the 80s. This time, Superman will truly return.