As you may have noticed there has been a bit of a lull in the posting here as I am actually back in Wisconsin visiting with my family and getting ready to take a road trip back to Oregon this week. So if I don’t post for the majority of the week it’s because I am driving cross country! Anyway today I went out into the shed at my parents home here in the northwoods and checked out some of my old toys that I have stored here. There are some damn good ones! Old Transformers, tons of Super Powers figures, Secret Wars figures, Inhumanoids, actual Muppets puppets, G.I. Joes, lunch boxes, tons of  He-Man and suprisingly quite a few toys that are for some reason missing!

Anyway I did find two things I was looking for in particular. Two Marvel models from 1978 made by a company called Fandimensions. The first I found was an awesome amazing Spider-man one. Unfortunately he was broken into several peices and I know exactly how he got that way. See this particular model of Spidey was a snap together which also came with some sort of blue sticky putty which you could use to mount him on your wall-just like the real Spider-man! 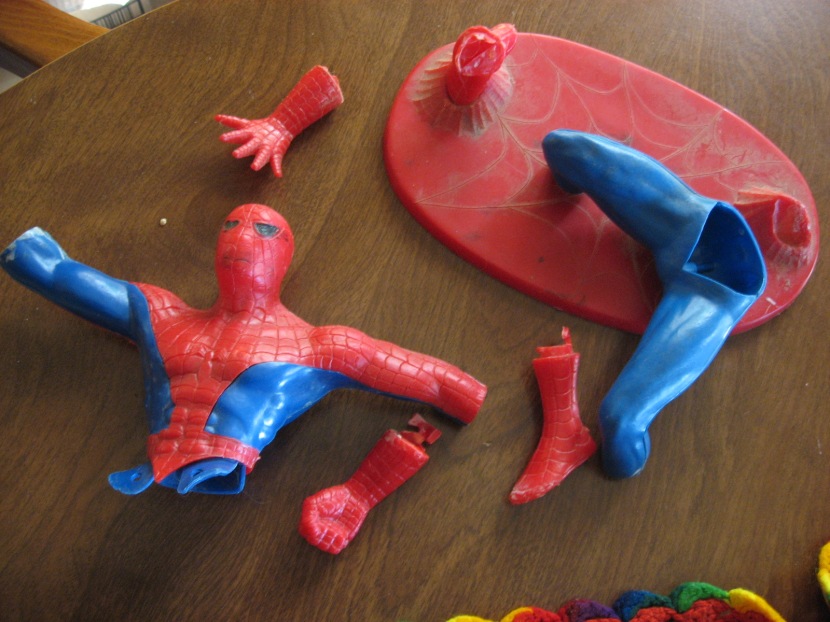 Unfortunately as I learned at a young age it didn’t hold to well and I remember finding him in several peices on my floor! Luckily as I look at the model now it seems with just a little super glue I can have him looking good as new! Plus I plan on giving him a new paint job! But most likely no mounting him on the wall!

I also found the Fandimensions Incredible Hulk model!! One of my fav things I ever owned as a kid! My model unfortunately has a pretty bad spray paint job that I also plan to fix. But here’s what one looked like in it’s box!

As you can see you could switch out his hand so that he could hold huge things up! I havent found his other set of hands yet but I am sure they will turn up! 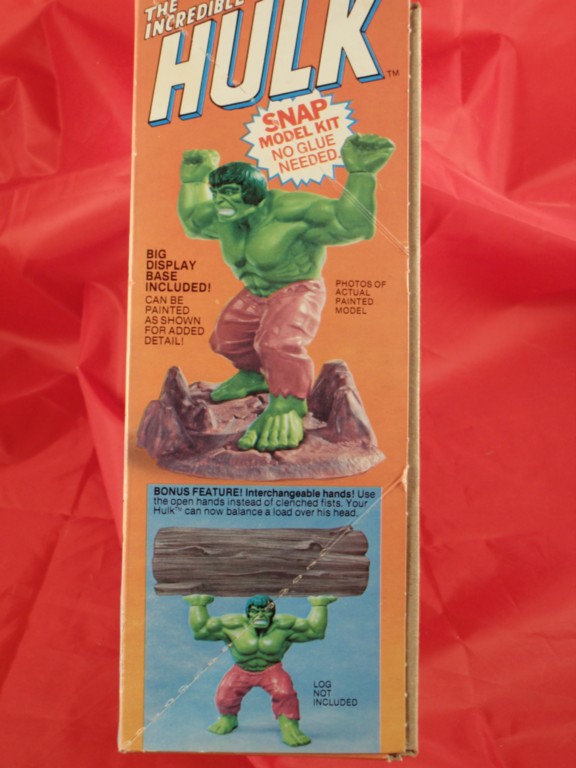 That seems to be the problem with my old amazing toys-they were played with heavily. They have missing peieces, some were burned as I sometimes put fireworks in the ground near them to make explosions, and some have the wrong arms and legs on them as my older borther would swith them all out on me as practical jokes….grrrrr!!!! Anyway so far it’s been a neat little look back in my past as I learn that somehow I haven’t really aged all that much-mentally at least!!!