It was a big deal to William Shatner when he heard that the latest Star Trek Film would be featuring Leonard Nimoy returning as Spock but seemingly no Captain Kirk in sight. Shatner appeared angered with JJ Abrams’ decision and claimed he himself brought Kirk back to life in a mere few pages of one of his books, “very easily”. I think it was a great decision to keep the captain in the world of the deceased, especially since he already died In “Generations”. Well as you may have already heard Shatner is back in the spotlights to appear in the second film.

You really didn’t think ol’ Shat would stay out of the picture for long did you? No way! Bill always gets his way! That’d be great with him returning as Kirk right? What Trek fan doesn’t want him in their Star Trek movies? My only concern is why Abrams is considering this? Is it just because Shatner got his way? Is this really necessary? 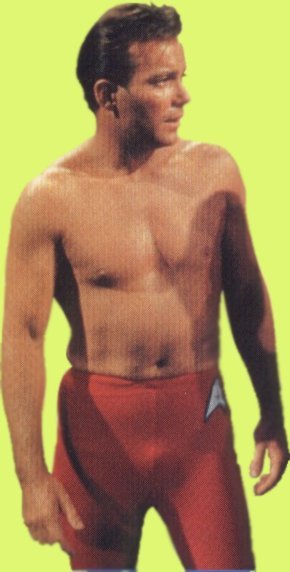 I love Shatner as much as the next guy but part of me really thinks maybe having Nimoy now existing along side the younger version of himself was just the right amount of the original Star Trek that we needed to get our fix and authenticity. I think since this movie was done so well it might be time now to move forward into the future rather that going back to the past once again just because it can be done. Abrams is a genius though and if he does bring back the original Kirk perhaps it will be done with good reason and not just for show. Here’s what he most recently had to say about this to reporters via Cinematical.com:

“As someone who was a William Shatner fan… it was a foregone conclusion that we wanted Shatner in the movie,” Abrams explained. “The problem was that his character died, on screen, in one of the Trek films, and because we decided, very early on, that we wanted to adhere to Trek canon as best we could. [That] was a huge challenge, because even the original series, in many ways, didn’t always adhere to Trek canon, [so] the required machinations to get Shatner into the movie would have been very difficult to do, given the story we wanted to tell, and also to give him the kind of part that he would be happy with.”

“It was this thing where it would have felt like a gimmick in order to get Shatner in the movie,” Abrams continued, “which would have honestly, to me, been distracting. [But] how do you put him in the movie when you want him in it so badly, and yet the story actually seems in counter purposes with the story you want to tell?”

Abrams then explained that he’s currently in talks with Shatner to act in the next movie. The screenwriters however are still developing the final plot. He said this about Shat:

“In terms of moving forward, I am open to anything,” Abrams said. “I would love to figure out something, given the challenge of introducing these new characters and given the burden of having to cast these people. I feel like the first movie did some of the heavy lifting that needed to be done, in order to free us to continue, going forward. Maybe there’s less of a burden and there’s going to be more opportunity to work with him again. I would love to work with him.”

We’ll see what the the outcome is. No matter what I’ll be there for the next film and I’m sure once Shatner appears onscreen my worries and concerns will quickly fade as I realize that the Lgendary Captain Kirks is once again gracing the silver screen….

Here’s Shat as he explains to Abrams how easy it should have been to bring Kirk back!