It’s been a bit of a “David & Goliath” horror showdown in 2021, two iconic slashers went head to head this Halloween and as far as I’m concerned the little guy has emerged as the clear victor! ‘Chucky’ stomped ‘Halloween Kills’, continuing the horror saga with no need to cancel ANY of it’s sequels, no matter how ridiculous they may have been! Not an easy feat, but Don Mancini has stuck to his guns and once again breathed some fresh air into the fanchise.

Mancini also deserves a lot of credit for clearly how much love he still has for Chucky. He clearly doesn’t need to erase the sequels, keeping everything cannon, something I really respect that oddly works in his favor here with the new Syfy series. He’s built an entire world within his sequels and it becomes even more interesting as some of the most ludicrous plot points of the earlier ones remain intact with this darker toned series that feels much more akin to the original.

‘Halloween Kills’ however is clearly being pushed imo for a different reason, what I believe to be more of an IP “cash grab” reboot thing. ‘The Pineapple Express’ director doesn’t bring much new or interesting to the table for someone who’s erased all of the sequels and replaced them with basically the “Terminator: Dark Fate” of the Halloween franchise. Hey, If you’re going to revise the existing lore, that is beloved by a lot of fans, you better have something bad ass planned for your new time line. ‘Halloween Kills’ personally left me completely underwhelmed & unexcited for whatever comes next. At this point who gives a shit about yet another Halloween timeline?

‘Chucky’ however has introduced us to a whole new cast of (so far) interesting characters, Don Mancini has finally brought us a gay horror protagonist to root for that doesn’t feel forced. ‘Cult of Chucky’ left us with also quite a fresh twist on things, Tuesday night we hit mid season with episode 4, though I’m at the moment starting to slightly feel some padding in the series, I’m hoping that the final 4 episodes will increase the mayhem as they introduce Tiffany and whoever else mysteriously pops in for the story. 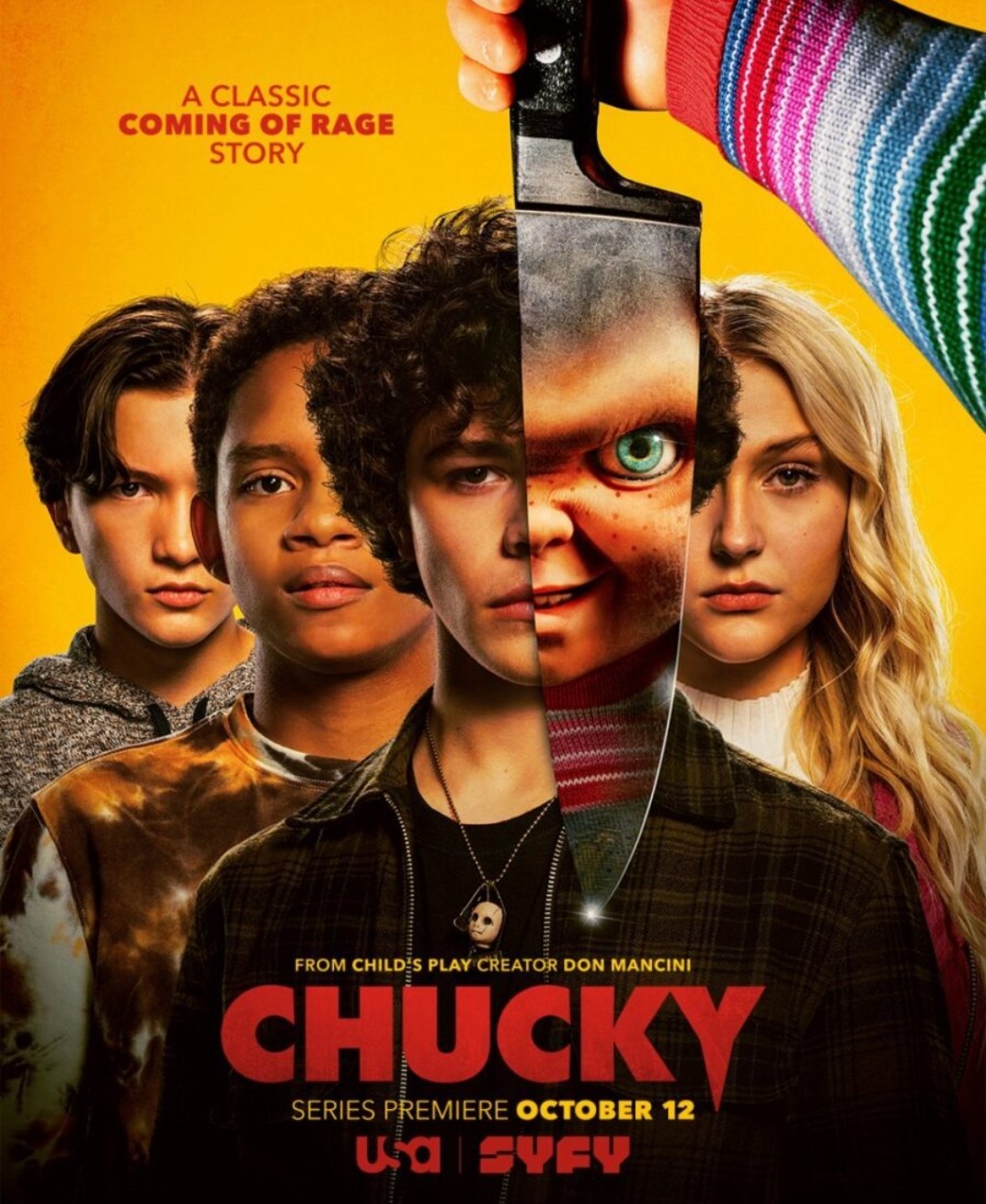 Looking at the end of the last Chucky film there’s a lot of interesting directions this current story could now go in. I really hope they take some chances here like they were doing in the last Chucky film rather than trying to just stick to the original basic slasher formula. ‘Chucky’ now has the chance to go completely bonkers and throw the fans a bloody curve ball they’ll never forget. If they continue to incorporate some wild voodoo rituals, human possessions, multiple Chucky’s and one mean mysterious motive for the mayhem, the first season will be off to a sweet start. As it stands Chucky has cut Michael down to size with the authenticity of the original creator at it’s helm who’s clearly hungry to tell a new fresh story. Let’s see if he can deliver a home run in the last four episodes or if it’s flame fizzles into the realm of the tired reboots and bland cash grab “sequels”. Fingers crossed!