Ok first off let me tell you there’s SPOILERS here, so if you aren’t caught up with the series stop reading now! Ok then, yesterday I read the final chapter of the “All Out War”  twelve issue story arc of The Walking Dead. First I am going  to state that the finale did not go the way I predicted it would which is actually a good thing. However, it seems to me that the series is stuck in the mud at this point. It has been for a while I think. This finale didn’t really offer up any real excitement, what I did predict was that Rick’s slicing of Negan’s throat in in issue #125 was certainly not going to be fatal. I enjoyed the fact that Rick is letting Negan live and trying to push the world in a better direction, trying to fix the mistakes the previous world made with war, revenge and killing. Very admirable Rick. However now that he has Negan as a prisoner that means that we’re going to have to have that character around for even longer! 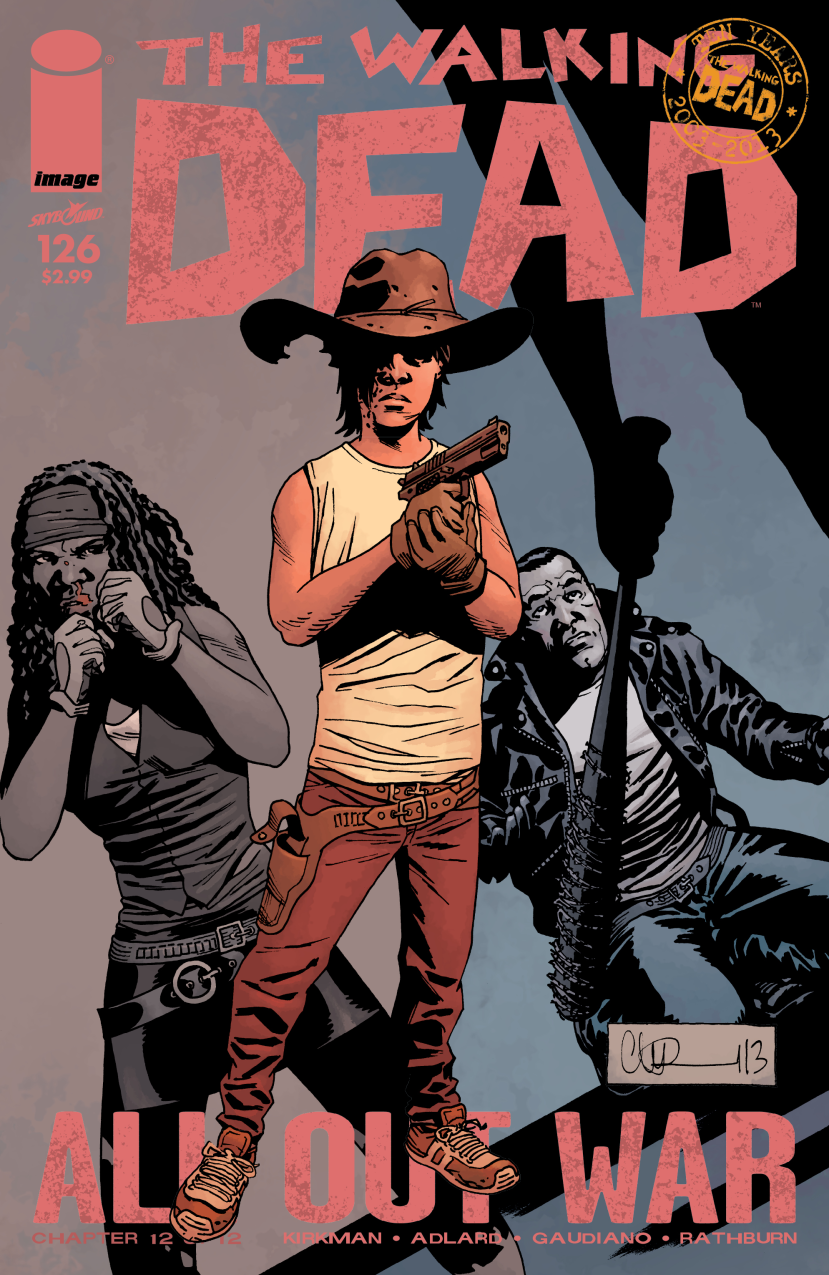 I’ve heard from many people that Negan is their favorite character, that “he’s like the greatest villain to ever grace the pages of a comic book”. To me he’s unbelievable, annoying and just not that interesting. So I guess now what we’re most likely going to see is the gradual change of Negan from a villain into a part of the crew. I am guessing that he’s going to develop into some sort of anti-hero. That being said, where can Kirkman really take this series? Are we going to meet another Negan/Governor? I’d say that’s likely. To me though that’s also a bit boring.

I’d like to see this book go in some new directions dammit! Let’s face some new threats that aren’t a bunch of asshole humans, add some mystery to the book, search for other people in other parts of the world-I mean isn’t anyone interested in what might be happening elsewhere on another continent? Wouldn’t finding a plane be a priority? Or chartering a boat? I’m just not that interested in seeing Rick become the next President of the USA!! What do you think? Are you all satisfied with the direction the book has been stuck on?