I had the pure pleasure the other night of watching a perfect 1980’s adventure flick I’d somehow never seen before! Survival Quest has got all the right moves to make it the ultimate 80’s flick for a movie that somehow slipped through the cracks into obscurity. Let’s count the things it has going for it, First it was directed than Don Coscarelli of Phantasm and Bubba Ho-tep fame, I mean I really don’t think I really need to go on, on that alone! But let’s continue, it’s also got Reggie Bannister, Dermot Mulroney,  a young  Catherine Keener and Lance Henriksen when it really meant something good when he appeared in movies. It’s got everything you want from the beloved era, an awesome score, incredibly hokey heartfelt moments (and there are many), some killer action and some laugh out loud ridiculous moments that only 1988 could give us in film making. 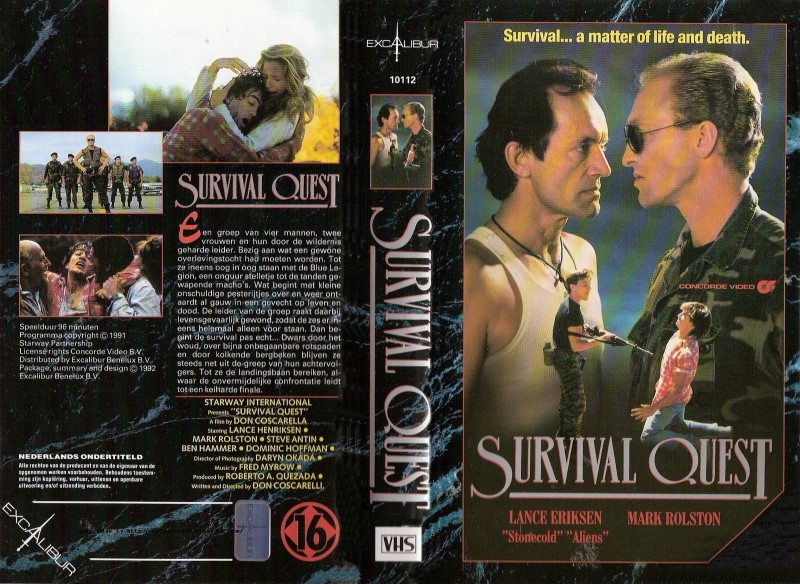 The premise simple, a group of mismatched people fly into a remote airstrip for a four week long survival quest adventure with team leader/guide/teacher Lance Henriksen. Sounds like fun huh? Well it might be except there’s also a troop of teenagers on the same land who’re being trained by a crazy, over the top, trigger happy survivalist who’s a cross between Eminem & Woody Harrelson!

This movie is non stop fun from the get go and never lets up in a way movies of today only dream of being. The survival quest soon ramps up to much more than enduring the elements of the wilderness. This is one of those movies that’s a real treat for anyone whom loves movies from the 80’s like Karate Kid or White Water Summer which actually would be the perfect flick to accompany this one as a double feature! What are you waiting for check this shit out-it’s on Netflix!