December can’t come quick enough! The new series from Dark Horse called Hellboy & The B.P.R.D. is on the top of my list for comic books I’m totally pumped about! It’s cool already to know that Hellboy’s early adventures with the B.P.R.D. will finally be told in detail, it’s great news to know John Arcudi will be joining Mignola as writer on the series, but what’s got me even more pumped is Alex Maleev joining as the series artist! Maleev has been a favorite of mine ever since the amazing Bendis run on Daredevil-if you’ve never read that stuff you are missing out bigtime. I love the current run of B.P.R.D. but I often wish for the return of Hellboy & Abe Sapien to the team. It looks like my wish is coming true, here’s a few pic’s that have me excited about this book!

Here’s some panels from the only other Maleev Hellboy, a short story called “Still Born” 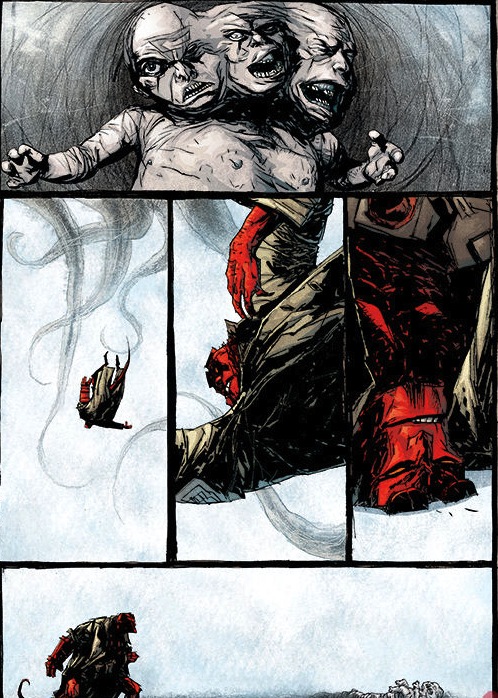 “A bizarre series of murders and rumors of something worse lead Professor Bruttenholm to send a young Hellboy to a Brazilian village on his first mission. Hellboy and a small group of agents uncover something terrible in the shadows of a sixteenth-century Portuguese fortress . . .”