I love old pop punk! Especially the stuff from the late 1980’s and early 90’s like The Descendents/ALL, Big Drill Car, Chemical People, The Hard-ons & The Doughboys. I’ve posted here several times about the upcoming Descendents documentary “Filmage” and just how excited I am to see it finally released. So naturally I am super stoked on Higley, who just released their first two songs to the public last week! 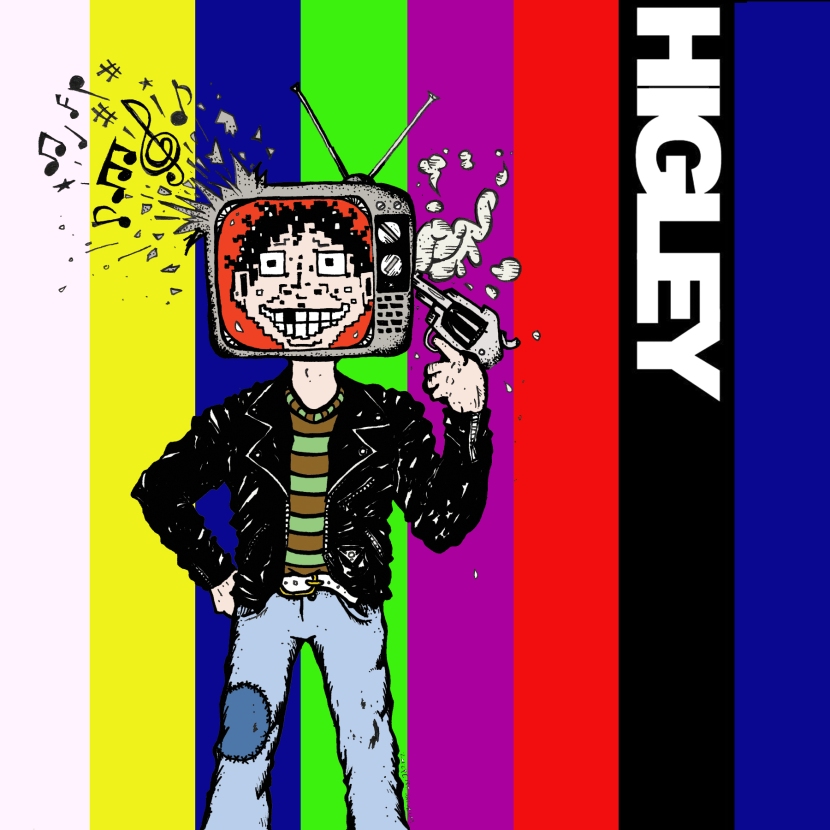 I know, I know who the fuck is Higley?! Well it just so happens to be some people from a couple of my favorite pop punk bands of all time namely Kevin Carl & Duane Keiner of G-Whiz along with Bill Stevenson of Descendents / ALL & Black Flag. G-Whiz has been a fave of since the early 1990’s and I’d go on record to say that they’re one of the best pop punk bands of that era hailing from Tempe Arizona. My old punk band King Friday had a split record with them back in the day and currently I have an EP’s worth of material recorded with Kevin Carl for our long distance band The Davis Baby. Higley however has been a work in progress for Carl who recorded the tracks years ago with Bill Stevenson at the Blasting Room (Stevenson’s studio) in Fort Collins Colorado. However the songs had been demo’d with several singers over the years (the first I am told had Stevenson on vocals) but finally found the perfect fit in Kris Roe, known better for his band The Ataris.

Some might want to call this a super group but at it’s core it’s the baby of Carl who wrote all of the material with a little help from his friends to execute it. What we have here are two new songs, the first of many that are already recorded (I have heard eight more tracks, without vocals yet) that will become the bands first full album. Check these out below, if you’re a fan of any of the groups I mentioned you’re sure to love this. If you like what you hear go buy the songs on their bandcamp page as it will help get the full album out of the studio and into our ears….