After viewing the incredibly entertaining Machete Maidens Unleashed last night I can say I have a much greater understanding on the whole Grindhouse phenomenon of the late 60’s, 70’s & early 80’s. What the movie focuses on is the American film making that took place in the Philippines during this time which featured tons of B movies, ridiculous monsters, naked women & my favorite part of the documentary, the introduction to Weng Weng the world smallest action star! 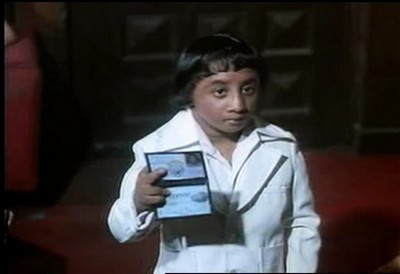 Real name Ernesto de la Cruz, better known as Weng Weng, stood only 2 feet 9 inches tall and was a master in Jeet Kune Do and was a marvel to behold. His most famous roles were in “For Y’ur Height Only” and “The Impossible Kid” where he played Secret Agent 00. Apparently there’s a documentary out there about him called “The Search for Weng Weng” which I am sure would be quite an interesting film. Sadly though he passed away at the age of 34 from a heart attack. But I do look forward to seeing as many of his films as possible as they look simply amazing…check this incredible action martial arts scene out for yourself!