There comes a time in your life when you really just have to suck it up and fucking rock. That time has finally come for me as I am preparing to see one of the best bands in the whole damn world for the first and possibly last time, IRON MAIDEN. Sure the tickets were quite pricey and having grown up attending punk rock shows I really haven’t been to that many arena shows in my time. I mean I saw some pretty amazing bands back in the day for six bucks or less, bands that went on to sell millions of albums even. Even living here in Portland Oregon it seems most bands are just too damn afraid to turn up their amps and many times I end up at the same old timid artsy shows-never getting 1/10th of the rock needed to survive the real world properly. But now the time has finally come to admit to myself, it’s time to man up, rock for real and see one of the best concerts of a lifetime.

I have wanted to see Maiden live for years, but some how always seemed to put it off because of pricey tickets or travel distance to the nearest show. However when I heard about Iron Maiden now releasing what is said to be their last album EVER, The Final Frontier(which will be released late summer after the tour), I knew it was going to happen this time. I wasn’t going to drop the ball on this one and die without letting the number of the beast enter my soul and body. It truely was time to stand in the shadow of the Wickerman and stare through the prophet’s crystal ball.

Unlike most aging bands Iron Maiden actually seems to be getting better live through the years! I spent many nights watching the Rock in Rio dvd which proves this with flying colors. You don’t believe me? check this shit out!

Not only has Iron Maiden been a staple of everyday listening but their music has also been used weekly for years as the soundtrack to epic battles in our Dungeons & Dragons campaigns. There’s not much of a better experience in life than kicking a dragon’s ass while listening to The Trooper. I think besides being the best metal band of all time they’re pretty much lyrically a dork’s dream as they many of their songs are sci fi fantasy and horror themed and let’s face it there are no album covers that even come close to being as kick ass as Iron Maiden’s. 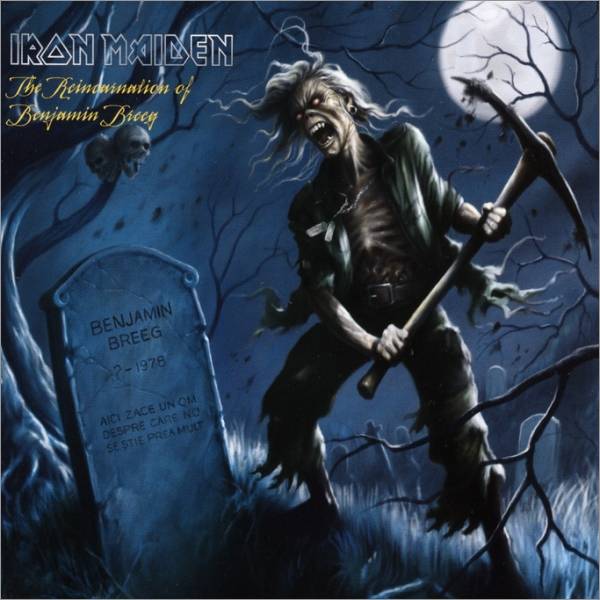 So yeah it’s time to rock again, it’s time to get right ripped and stoned in the parking lot and finally see a real rock band prove once again that metal truely has never died!!! If you haven’t already buy your ticket!