There’s been all sorts of controversy about Brie Larson lately on the internet in regards to the upcoming Captain Marvel movie. Some people are fully up in arms about her recent statements regarding white males as film critics, not wanting to be interviewed by ‘white dudes”, wanting fewer white males on her Captain Marvel press tour and just wanting more diversity in general. I understand her concerns, but It’s clear that her approach to the topic has clearly triggered some fans. She could have stated her issues in a much smoother way that’d likely have spoke to fans of the comic books, who have ironically been throughout the years mainly white males. Will all of her recent statements about calling hard for diversity in the film biz affect the box office numbers for the Marvel blockbuster? We’ll have to wait and see but one thing I’ve been perplexed about from the initial announcement of Captain Marvel the REAL controversy: the decision to base the character on a white female, “Carol Danvers” and cast Brie Larson at all. I’m ok with the decision but would’ve much rather my era Captain Marvel been given a chance. The one who came before the “Carol Danvers” character way back in the early 80’s. Growing up, my Captain Marvel was first and foremost, Monica Rambeau. 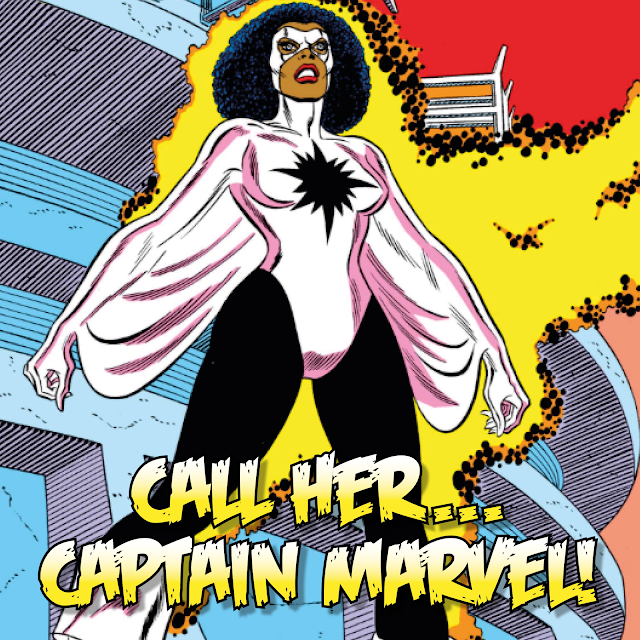 Yep, Monica was the first female Captain Marvel, appearing in The Amazing Spider-Man annual #16 and eventually went on to become the leader of The Avengers in the 80’s. She’s a total badass who harnesses a multitude of energy forms, irradiated with energy blasts from different dimensions that also gave her the ability to move at light speed. Besides being the leader of The Avengers she was also the first black superhero to join the ranks of the team. In my opinion she’s also a much more interesting character in general. Monica was a New Orleans native and worked for the harbor patrol there operating as an ACTUAL captain of ship. At one point she caught wind of a wicked plot to create of a dangerous supernatural energy weapon, Rambeau took it upon herself to try to stop the threat and in turn was exposed to a powerful extra-dimensional energy.

She gained the ability to convert her body to pure raw energy. Soon, the papers began to refer to her as “Captain Marvel”. It wasn’t long after that she’d run into issues controlling her vast new power and her growing energy abilities almost made her a danger to the public. With the help of Iron Man & Spider-man she was able to successfully release the excess of it safely. She made the decision to utilize her powers to fight for the good of the earth under the name she was given by the media. Using the same name of a pervious male super hero Mar-vell, she’d quickly drawn attention of Earth’s mightiest heroes, The Avengers. Joining the team she worked her way up as one of the greatest members in their ranks and eventually accepted the role of leader of the team. Her story is pretty awesome and as a kid growing up she was one of the main superheroes I’d known as the leader of The Avengers along with Captain America & The Wasp. 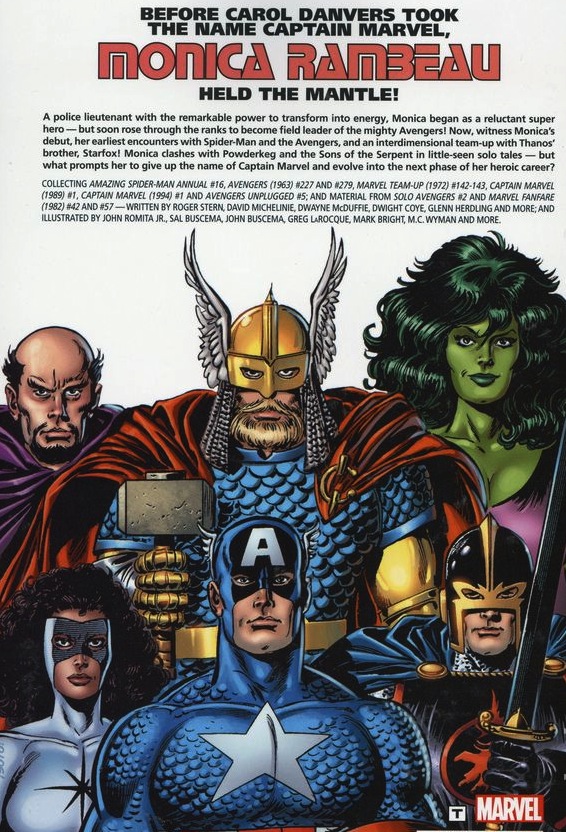 To me Monica’s Captain Marvel should have been given the chance to front her own MCU movie. As much as I do agree with what the overall points that Larson has been trying to make about “white dudes”, it appears a bit like she’s been trying to exploit the topic of diversity to gather attention for her movie. With the topic being a big part of her MCU campaign, I’ve been perplexed since I’d first heard many of her comments about diversity, just why Marvel chose her character to be the “Captain Marvel” we see in the first female led superhero MCU movie. As a white woman herself and the FIRST female Captain Marvel being ‘Monica Rambeau’, (a character of color who worked her way to the top roster of the Avengers) isn’t it a bit odd to choose ‘Carol Danvers’ who only first took the Captain Marvel mantle as recently as 2012? 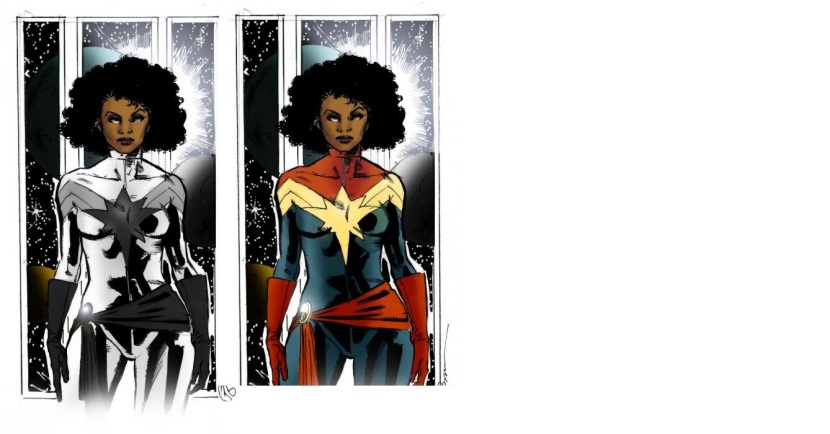 I do think Larson should have addressed this, especially with her campaign for diversity in the film industry recently gathering so much attention. She maybe even could have even suggested the character for the movie be Rambeau, in respect to the iconic character and just diversity in film in general. Whatever the case, it’s good to get the history of the female Captain Marvel character out there for discussion, in my opinion Marvel made a HUGE mis-step in not presenting the true original female Captain Marvel, Monica Rambeau for the upcoming movie.