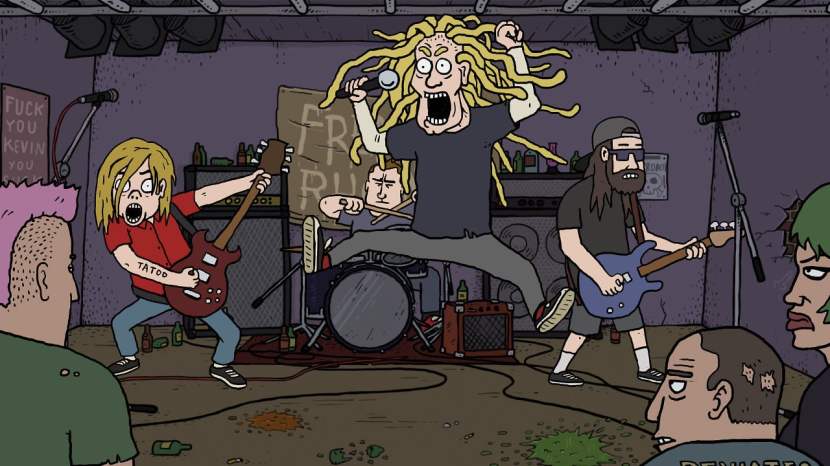 The videos I’ve chosen are official ones by the actual artist, mainly more of an old school traditional animated or hand drawn style & I’ve steered away this time of the modern CG style stuff. Maybe some day I’ll investigate that further in the mean time check this out and most definitely let me know if I have left something off of the list – so let’s get crackin’ here as we figure out exactly what the coolest animated videos of all time are!!

Here’s a brand spankin’ new video from one of my personal favorite bands of all time. The Descendents have been around since 1978 and packing the pop into punk like no other band can. This cool frantic animated video finally finds it’s cartoon mascot (and lead singer) “Milo” growing older and trying to resist eating everything unhealthy in sight. The band now in their fifties still has the energy but let’s face the facts, they just can’t eat the way they used to as teenagers. This is a call back to their classic song ‘I Like Food’. I always wanted to see the Milo character come to life in animation and the wait is finally over.

Here’s one of the most popular videos of all time and it’s animated! Aside from this song being one of the best pop tunes of the 1980’s it also featured this incredible video filled with adventure & pure heart. The song was released several times but failed to chart, however when they produced this amazing video the whole thing exploded. One of the best things about it is that it tells a short action packed story that really sticks with you long after the video is over. The cool rotoscoping animation also gives it a hyper realistic quality no one had ever seen before in a music video. A true classic.