Hey there I’m back for a whole NEW year in 2018!! Yeeehaw!! I’m starting off with a little review from a recent batch of VHS I bought while thrifting around Portland, Oregon. In my huge stack of weird movies I’ve been burning through, was a movie called ‘Evolver’ from 1994. From the cover of this one I was more than certain this was gonna be some total bull shit show that I’d likely not be able to make it all the way through. HOWEVER I was pleasantly surprised by how much I actually dug Evolver! 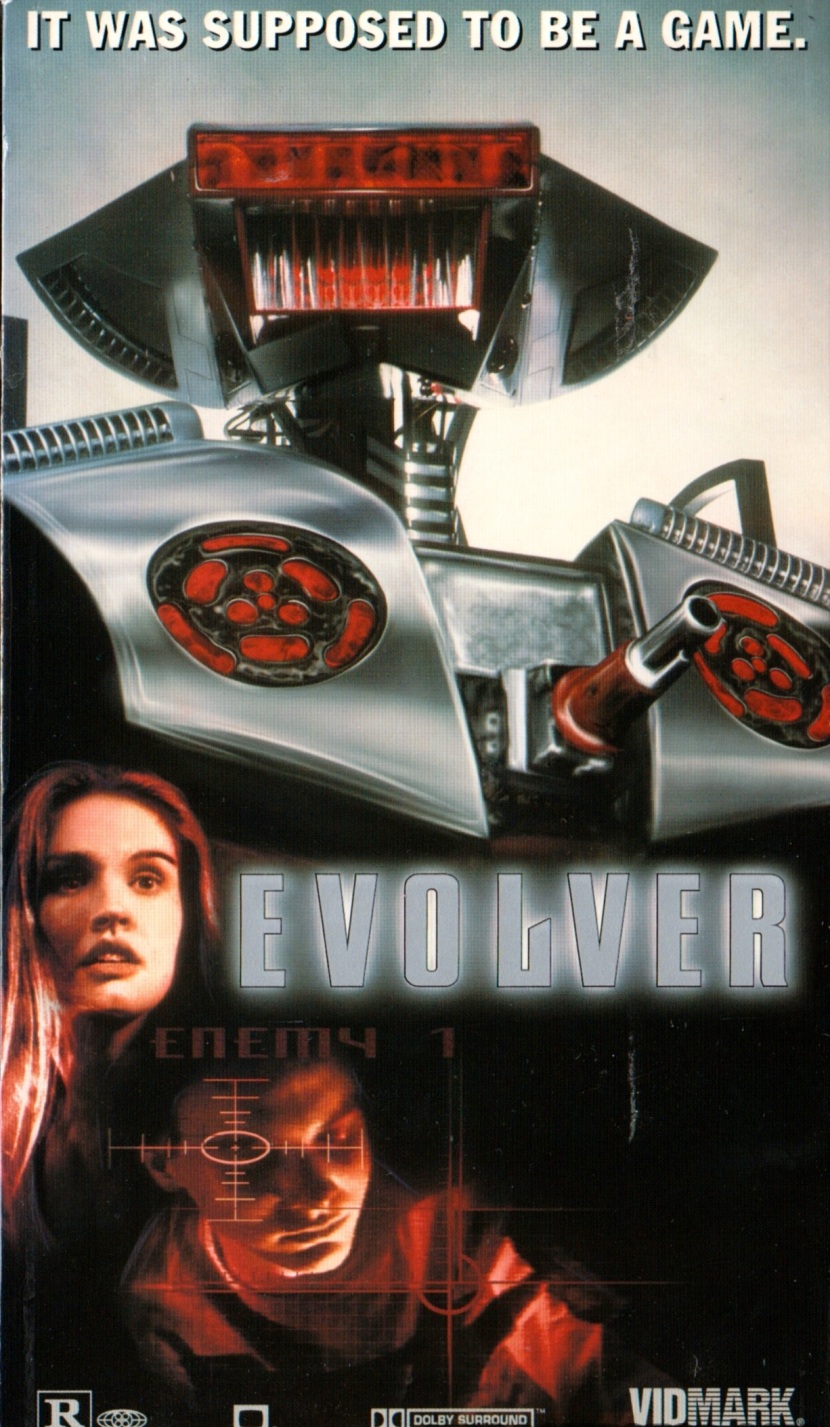 Let me be clear though, this movie is totally stupid, but in the best way imaginable. It starts off with some shitty virtual reality video game being played in an arcade by our lead character, hot shot video gamer Kyle played by “teen heart throb” Ethan Embry. He’s basically on stage in the arcade and of course there’s a big crowd there cheering him on, becuz in the 90’s that’s what people did dammit! Anyway he’s a computer hacker as well and uses his skills to make himself the prize winner of a new real life robot called “Evolver” a prototype game system that plays laser tag with you in your own house. Evolver kinda looks like the baby of the robots in “Chopping Mall” as he’s only about 3 feet tall, oh yeah and he’s voiced by none other than William. H Macy! At first Evolver is easy to beat but at each new level of household combat that he’s defeated he gets better and even transforms a bit so he can be “more menacing” to his foes.  END_OF_DOCUMENT_TOKEN_TO_BE_REPLACED