The totally awesome and long forgotten “Prison” from 1988 has finally gotten a proper DVD release! This little gem of a movie is a real 80’s treat jam packed with cool effects, gore and some great actors to boot! Viggo “Lord of the Rings” Mortensen stars in this supernatural horror romp as a prisoner ordered to knock down a wall to an execution room where a former convict died for a crime he didn’t commit. Well as you can imagine this releases his angry spirit into a path of pure mayhem throughout the prison walls. Apparently this movie features real ex-cons too adding to it’s “realism”. 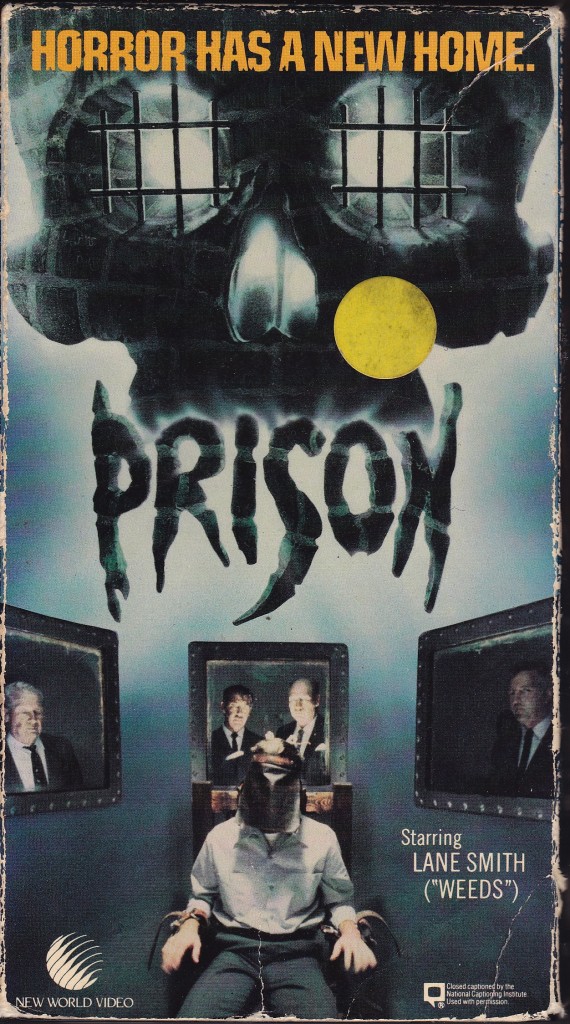 It’s been a long time since i have seen this flick but I am sure as hell looking forward to revisiting it! This one was directed by Renny Harlin who is also responsible for movies like ‘Die Hard 2’, ‘Nightmare on Elm St 4: The Dreammaster’, ‘The Adventures of Ford Fairlane’ (uggh remember that one with The Dice Man?) and that terrible prequel from the Exorcist from 2004 just to name a few. But all that aside, check out the trailer and look for it as it was released Feb. 19th on Blu-Ray/DVD via Shout Factory.