Ok so WTF did I just watch? Well ‘Butt Boy’ is a 2020 horror/thriller/mystery with a truly bizarre plot. It’s a genre melder that’s 110% absurd yet played straight & somehow for the most part actually kinda works. Now that’s not to say I really give this one my stamp of approval, but at the same time I’m not going to NOT recommend it either. I’d say the less you know about the plot the better, as going in completely blind for me at least felt like the best way to view this thing. 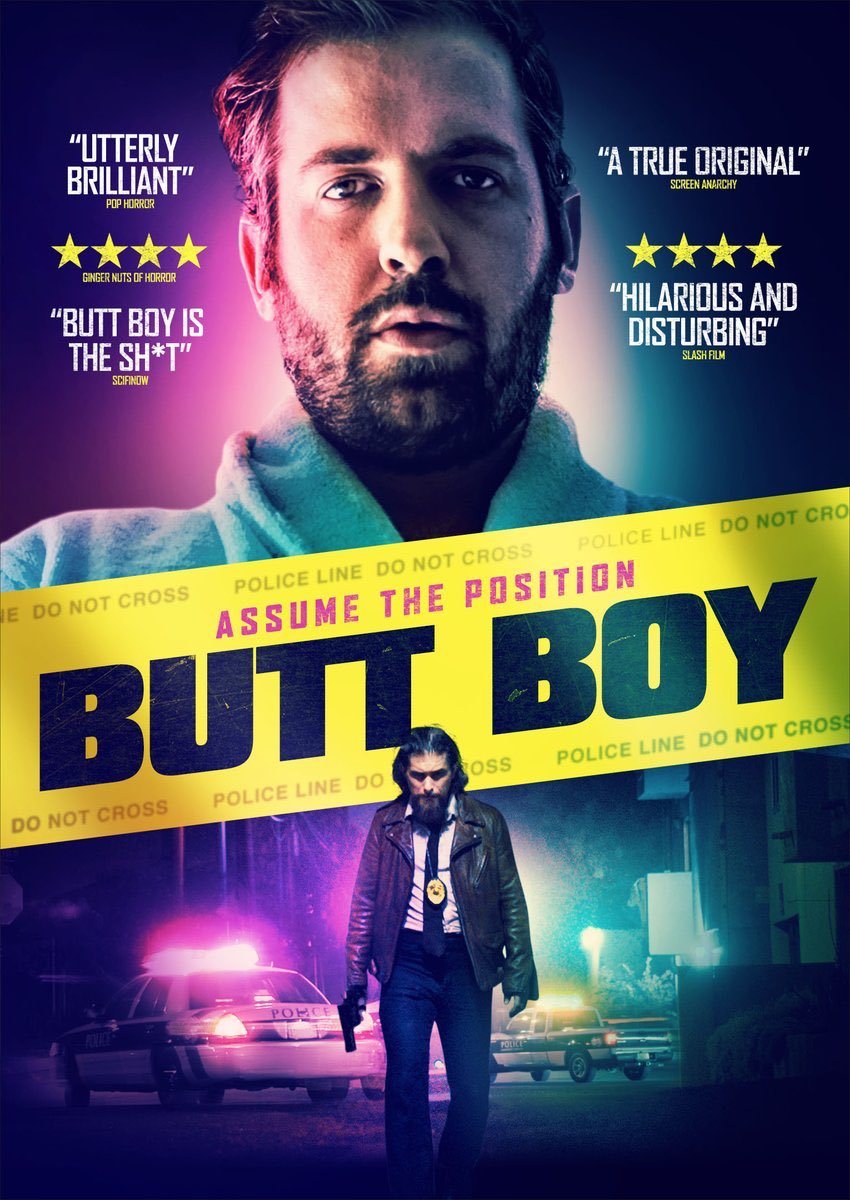 I guess if I had to describe it briefly I’d say it’s basic story might have been concocted during a heavy drinking session by a couple adults with a severe case of juvenile humor. Then the next morning they decided to pitch the idea to someone who’s a big fan of ‘Stranger Things’ looking to produce a serious gritty supernatural thriller. I don’t know why someone would spend serious time and money on a movie with a plot this damn ridiculous but hey it’s 2020 and yes anything at this point seems possible. I suppose the allure here is just that, a film with a premise so absurd that’s for the most part pretty well acted, atmospheric, mysterious and taken quite seriously most of the time. If you wanna check this out blindly, STOP reading here! I won’t spoil the whole thing but I will mention the plot synopsis and a few details I took away from my viewing.

Detective Fox, a ruff and tumble guy loves his work and also is a bonafide alcoholic. After finally deciding to check himself into AA, he meets mild mannered Chip, who becomes his sponsor. However there’s been someone out there on a child abduction spree and Detective Fox begins to suspect Chip could somehow be responsible. More so he begin’s to think Chip has something sinister helping him cover his tracks and his suspicions lead him down a dark hole of terror no one could ever imagine or believe possible.

So that’s it in a nutshell, the flick from the get go starts off pretty odd and will likely leave you doing some serious head scratching as things quickly unfold. And yeah soon you’ll probably begin to think of the stupid ways this film could all go and likely you’re dumbest scenario will probably be correct! That all being said ‘Butt Boy’ somehow manages to be pretty entertaining and even somewhat…engaging? Forget the absurd plot, the real interesting thing here is the execution of of the whole damn thing. Sure there’s humor, but there’s also a degree of tension that at times actually make this feel like a pretty decent thriller. The supernatural aspect of it all never gets any explanation and at times it make it feel a bit like some dumb dream you might have had as a teenager. ‘Butt Boy’ is worth a viewing if you’re up for something different and it’s unlike anything I’ve ever seen before, does that make this one good? I honestly don’t know still what to make of it all, butt I guess I’m going to have to keep pondering it for maybe I’ve just somehow missed some powerful deeper meaning……