Ever wonder what might happen if a troop of LARP-ers suddenly went wacko?! Well wonder no more in this new thriller I just saw the trailer for. “The Wild Hunt” follows a crew of live action role players that would make Tom Hanks’ version of Mazes & Monsters look like an afternoon on Sesame Street!

Now keep in mind I haven’t actually seen this Canadian movie yet but I have heard some great things about it. I have also heard that LARP-ers all over the world are taking offense to flick saying that it gives them a bad name! END_OF_DOCUMENT_TOKEN_TO_BE_REPLACED

I find myself thinking a lot about getting stranded on a deserted island quite alot! Perhaps it’s because of my love of the show “Lost” or maybe it’s just because life here in the USA can get a little too stressful! Well either way the dream of being stuck on one sounds quite nice most of the time but in actuality it’d probably drive me just as crazy as city life does in the end. Well here’s my top 10 stranded on an island movies (Check out part two right here!) -some of them make the idea pretty appealing as others turn the idea into a total nightmare. 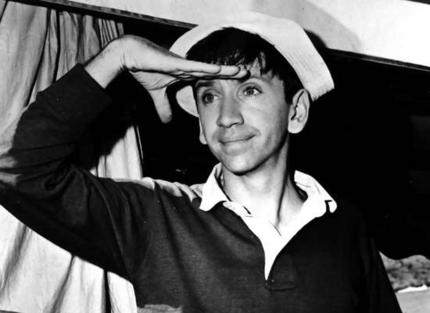 Even though after watching the worst case scenarios go down I still think it’d be pretty damn fun to try and restart civilization-but it seems in the movies no matter how hard they try someone always ends up fuckin’ up the program. Good or bad these flicks are definitely worth a watch if you’re hoping to get the hell outta’ dodge! Check it out… END_OF_DOCUMENT_TOKEN_TO_BE_REPLACED

You’d never have guessed that the world’s first Live Action Role Player was Tom Hanks huh? Well it’s true in this 1981 movie Tom Hanks and friends are all amped up while playing a role playing game called “Mazes & Monsters” (sound like any other famous RPG) and decided to take it to the next level by dressing up and taking it into some dangerous caves near campus! What a great idea-I’d be totally down too! Unfortunately things go bad when Hanks starts to become utterly obsessed with the game, seeing monsters(RAD!) and thinking he’s his RPG character in real life(beleive me this is not a bad thing). Man I totally understand, It happens to me all the time!! Check out a few of these scenes from this cult classic that has been called the “Reefer Madness” of D&D!!

This scene is where they get started with this fantastic idea!